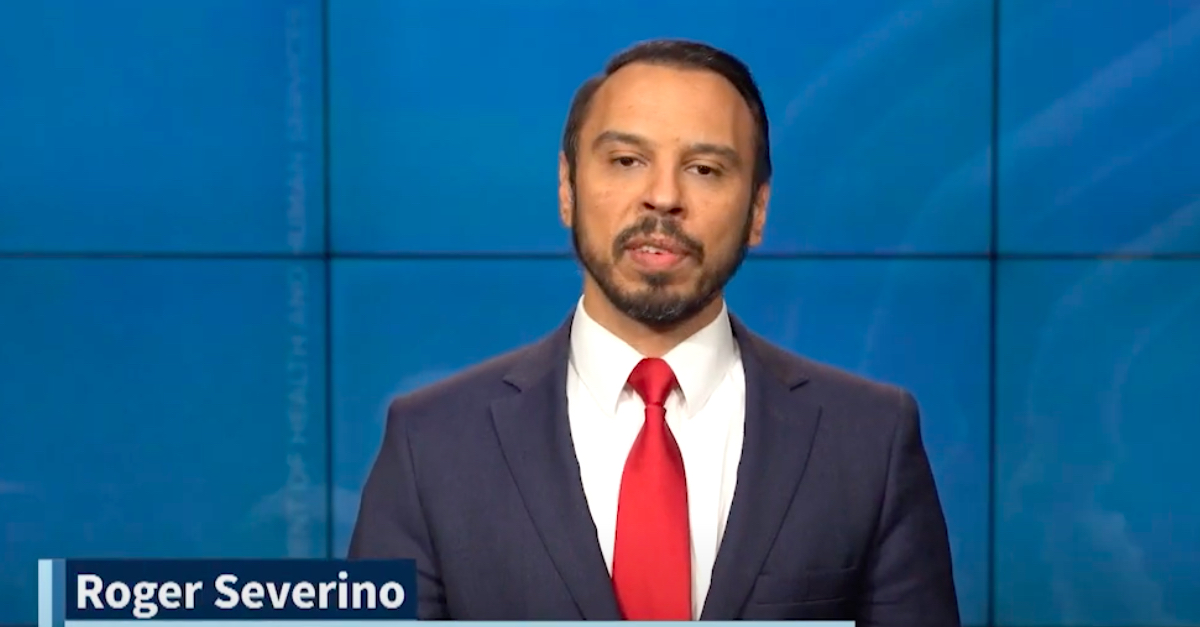 A last-minute appointee of former President Donald Trump, who was told he would be fired after President Joe Biden took office, filed a lawsuit Wednesday alleging that the new administration did not have the legal authority to end his brief employment.

Roger Severino received his commission to the Council of the Administrative Conference of the United States (ACUS) on Jan. 16. He claims that the deputy director of the White House Presidential Personnel emailed him on Tuesday saying that if he did not resign by 5:00 PM his “appointment would be terminated.” ACUS is an independent federal agency charged with convening expert representatives from the public and private sectors to recommend improvements to administrative process and procedure.

But according to the lawsuit, 5 U.S.C. § 595(b) and Article II of the U.S. Constitution proscribe the president from removing members of the council before the expiration of their appointment.

“The statute governing ACUS provides that Mr. Severino’s term on the Council lasts for three years, and the statute makes no provision or allowance for at-will Presidential removal. See 5 U.S.C. § 595(b) (‘The term of each member, except the Chairman, is 3 years.’),” the suit stated.

Severino responded to the email saying he was “surprised” by the request and inquired as to the reason for his termination, but said he did not receive a response. He said he has not and will not resign his position and asked to court to issue a temporary restraining order preventing the administration from following through on his imminent termination. He also alleged that several other members of the council received the same resignation request.

Severino formerly served as a senior Health and Human Services (HHS) official. During his tenure the department made it easier for healthcare workers to refuse to participate in abortion procedures by objecting on religious grounds. He is represented in the suit by attorney Jonathan F. Mitchell. Mitchell was Trump’s first nominee to be the chairman of ACUS.

“President Biden’s attempt to remove me contrary to law exposes his lofty promises of healing and uniting all Americans as nothing more than cynical manipulation,” Roger Severino said in a statement emailed to Law&Crime. “Because I am not one to be bullied, not even by the President himself, I will not resign my duly commissioned post and look forward to seeing how President Biden tries to justify his vindictive actions in court.”

Severino is married to Carrie Severino, the Chief Counsel and Policy Director of the Judicial Crisis Network. Carrie Severino, a former clerk for Justice Clarence Thomas, stood out as one of the foremost supporters of then-Supreme Court nominee Brett Kavanaugh during his confirmation hearings in 2018.

“During the Kavanaugh confirmation alone she logged 104 TV appearances, in addition to doing extensive radio and print media,” her Federalist Society bio notes.