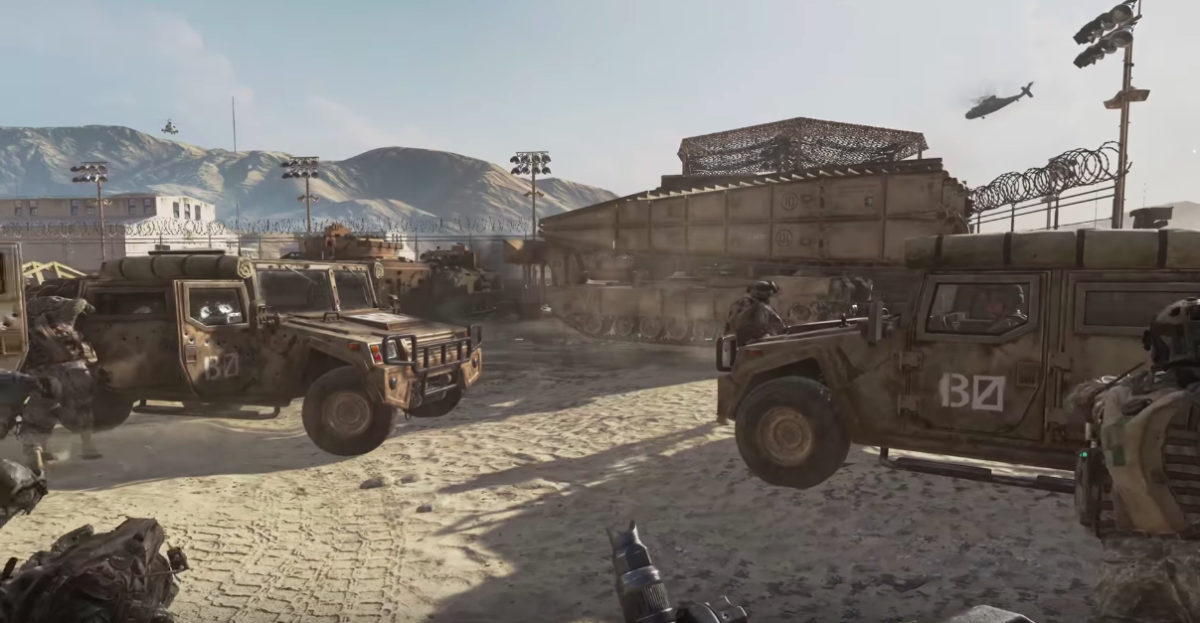 A federal judge on Tuesday ruled that Activision Blizzard, the developer behind the popular first-person shooter video game “Call of Duty,” cannot be sued for trademark infringement based on the game’s depiction of famous military vehicles made by Humvee, saying the First Amendment protects realistic depictions of warfare.

In a 27-page decision from U.S. District Judge George B. Daniels of the Southern District of New York, the court held that “realism” was an “integral element” of the game creators’ constitutionally protected artistic expression.

“If realism is an artistic goal, then the presence in modern warfare games of vehicles employed by actual militaries undoubtedly furthers that goal,” Daniels wrote. “The inclusion of Humvees in the foreground or background of various scenes – including several instances of players using Humvees to advance to the next level – are integral elements of a video game because they ‘communicate ideas…through features distinctive to the medium (such as the player’s interaction with the virtual world).’”

AM General, the makers of the ubiquitous Humvee combat vehicle, initially filed the trademark infringement lawsuit in 2017, arguing that it has a right to protect its intellectual property from unauthorized use00particularly in light of the fact that Activision had licensed other materials for use in its games.

Applying a two-prong test developed in a 1989 case Rogers v. Grimaldi, Daniels reasoned that Activision’s depiction of the vehicles was artistically relevant to the underlying work and did not explicitly mislead as to the source of the material.

“Based on the undisputed facts regarding Humvees’ widespread use by modern militaries coupled with other evidence that [Activision] has submitted and cited on their behalf, [Activision] has satisfied their initial burden of production under Federal Rule of Civil Procedure 56,” Daniels wrote. “The evidence submitted negates an essential element of [AM General’s] claim, insofar as it negates [AM General’s] claim that the uses of the Humvees are ‘a blatant and ill-conceived effort to piggy-back on the goodwill associated with’ Humvees rather than ‘an integral element of [the Call of Duty games] and their creator’s artistic expressions.”

Activision v AM General by Law&Crime on Scribd