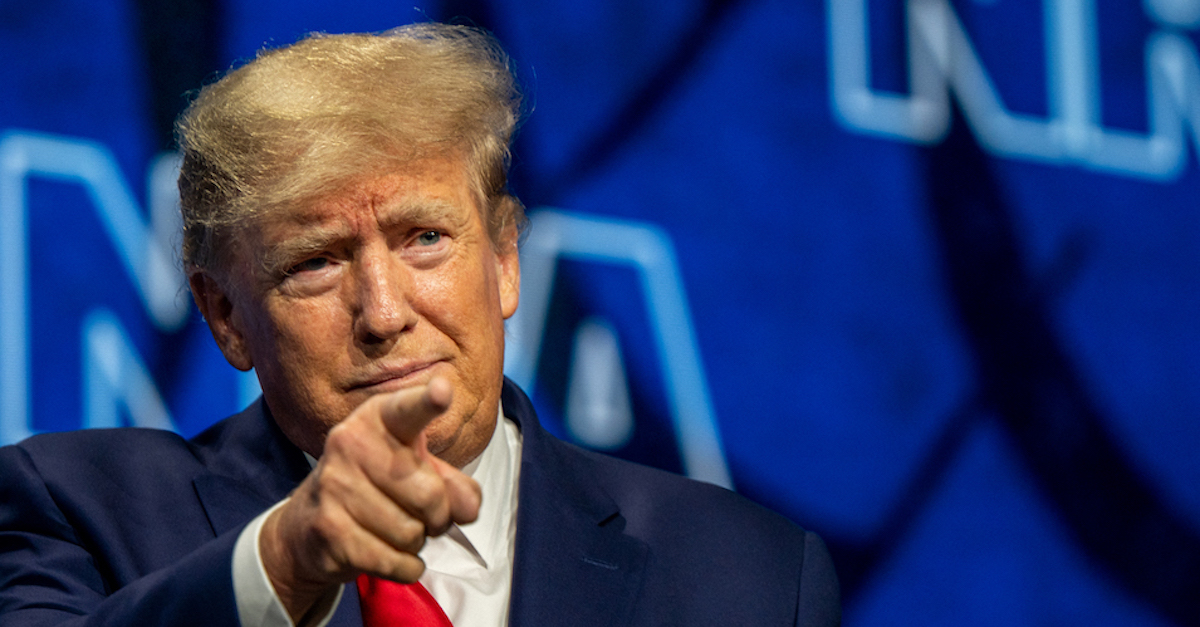 “In these three matters, four U.S. Capitol Police officers have sued former President Donald J. Trump for damages arising from injuries they sustained during the events of January 6, 2021, at the U.S. Capitol Building,” Mehta’s order began. “Plaintiffs’ allegations and claims are the largely the same as those advanced by the U.S. Capitol Police plaintiffs in Blassingame v. Trump.”

Mehta, a Barack Obama appointee, then referred back to his ruling in Blassingame in declining to toss Moore v. Trump, Tabron v. Trump, and Kirkland v. Trump.

“In nearly identically worded motions, President Trump has moved to dismiss all three actions on one ground: he is absolutely immune from suit because the acts complained of fall within the ‘outer perimeter’ of his presidential responsibilities,” the order said. “The court already rejected President Trump’s assertion of immunity in Blassingame. The court does so again.”

Without “needlessly” repeating the reasoning, the judge added a parenthetical explaining what he was referring to:

See generally id. at *18 (holding that Defendant Trump’s alleged actions “entirely concern[ed] his efforts to remain in office for a second term” and therefore do not fall within the “outer perimeter” of a president’s official responsibilities). Accordingly, President Trump’s motions to dismiss are denied.

The judge previously found that Trump could not assert presidential immunity from several claims brought by officer James Blassingame in connection with Jan. 6.

“After all, the President’s actions here do not relate to his duties of faithfully executing the laws, conducting foreign affairs, commanding the armed forces, or managing the Executive Branch,” the Feb. 2022 ruling said. “They entirely concern his efforts to remain in office for a second term. These are unofficial acts, so the separation-of-powers concerns that justify the President’s broad immunity are not present here.”

Read the Tuesday order below: