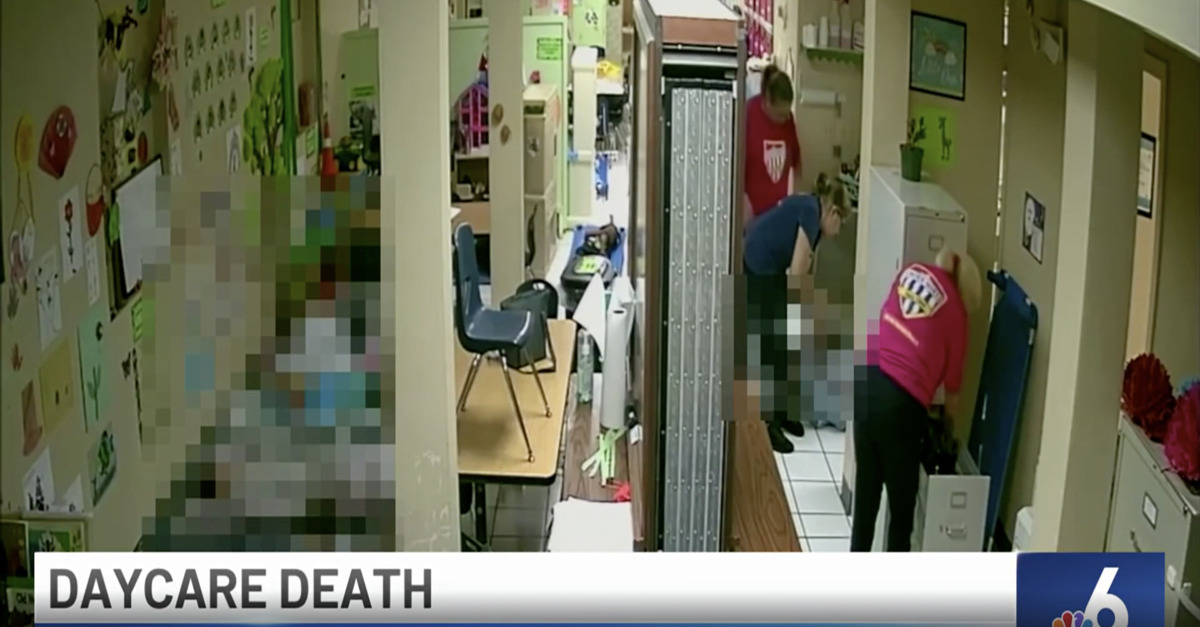 A 9-month-old boy died in a hospital after being found unresponsive in a Florida daycare in late July of this year. Now, surviving family are suing the facility where he was being watched just before his death.

Tayvon Tomlin’s death is still something of a mystery exactly three months after it occurred. What is known is that the boy stopped breathing while he was at Lincoln Marti Child Care on July 18, 2022. Efforts were made by daycare employees to revive the child but those efforts failed. He died later that same day in a nearby hospital.

“My son told me already he knew,” she said in comments to the TV station. “My son said, ‘The baby stopped breathing.'”

The mother said surveillance video showed that tragedy happened in front of her young son.

According to the six-page lawsuit filed in the Miami-Dade County court system by Whorley and the deceased boy’s father, Devonte Tomlin, Tayvon Tomlin was dropped off by his parents before staff at the daycare placed him “in an infant room with seven other infants.”

The boy’s placement, and context in which he was being supervised, are focal points in the negligence lawsuit against the daycare.

“The infant room in which Tayvon was placed had a surveillance camera present, but the camera was not operational as it had been broken for several months,” the filing says. “While in the infant room, Tayvon was under the supervision” of Rosario Soto Perez.

The alleged lone caretaker, the lawsuit says, was in direct violation of the Sunshine State statute regulating daycare facilities.

Rosario Soto Perez was the only LINCOLN-MARTI employee assigned to supervise and care for the eight infants, including TAYVON, only periodically receiving assistance from another staff member who was described as coming “in and out to help with feeding.”

LINCOLN-MARTI was inadequately staffed and did not provide sufficient supervision of TAYVON TOMLIN in clear violation of Florida law.

With respect to supervision at a daycare such as LINCOLN-MARTI, section 402.305(4), Florida Statutes provides: “For children from birth through 1 year of age, there must be one child care personnel for every four children.”

In a recent press conference, the plaintiffs appeared with attorneys Stephen Cain and Michael Levine to announce that they obtained surveillance footage showing inadequate efforts to revive the boy.

“[Staff] appears to be giving rescue breaths in her arms, with no compressions being done,” the attorney said in comments reported by Miami-based NBC affiliate WTVJ. “This is minutes in and they’re rubbing his back. That’s not effective and comprehensive CPR.”

“The video shows that this daycare did not provide its staff with adequate training,” Cain went on. “They clearly did not know how to perform appropriate CPR.”

An attorney for the daycare declined to generally discuss the lawsuit in comments reported by WTVJ.

“It is my position, and that of my client, that it is not appropriate to discuss matters that are currently in litigation and most importantly that are still under investigation,” that statement reads. “My clients and I are sympathetic to the tragic loss experienced by this family, which as I’ve said, is currently under investigation.”

Whorley previously addressed the supine position her son was in when he was discovered by law enforcement this past summer.

“I was told that my son was found unresponsive on his back, a position that he is not even comfortable in, with his eyes open,” the distraught mother told WPLG. “This is a very advanced, strong baby that stands up. He stands by himself.”

During the press conference, Levine also addressed the claim that the infants lacked adequate supervision on the day in question.

“You have to have at least one provider for every four infants. Lincoln Marti had one for every eight infants,” the attorney reportedly said. “It’s a violation of the DCF standards, and it’s unacceptable, and unfortunately, it led to this outcome.”

And though it’s been months, the baby boy’s precise cause of death is still unknown.

The medical examiner has yet to complete a report on Tayvon Tomlin’s death. No charges have been filed against the daycare or its staff.

“I’m always going to be frustrated, hurt, crying, missing my baby,” Whorley said in comments reported by WPLG. “But all my fight is directed to this case and figuring out what’s going on.”