Court Rules Omarosa Cannot Depose Trump, But Can Ask DOJ Attorney to Explain if and Why the White House Sabotaged Her 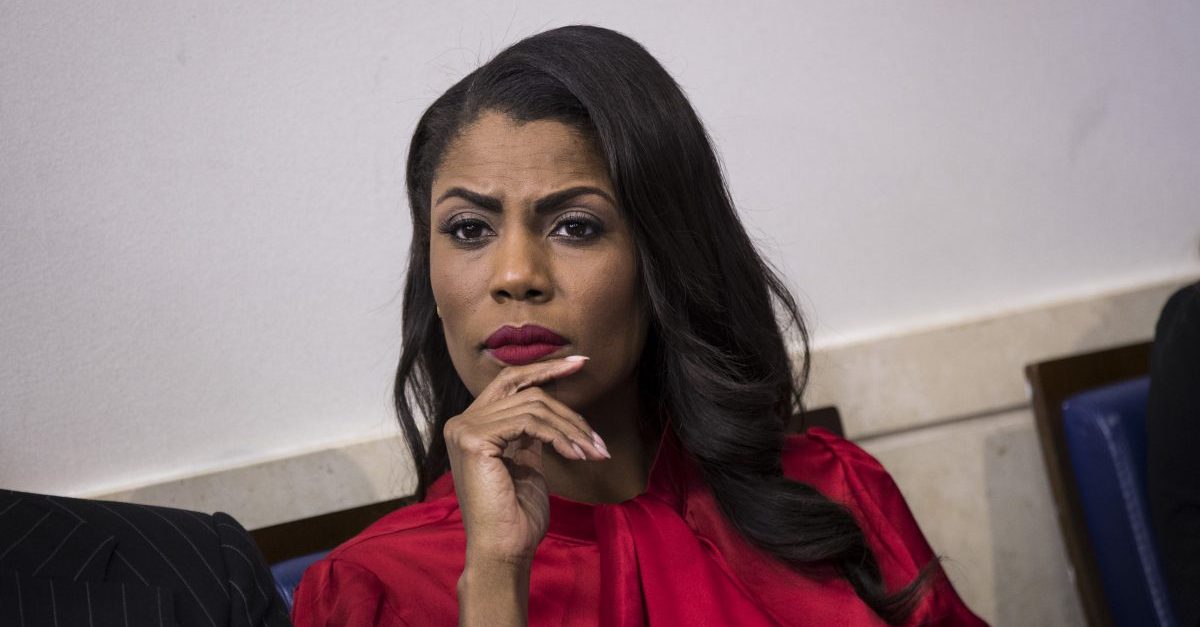 The repeat contestant on NBC’s reality/gameshow The Apprentice was subject to an enforcement action by the U.S. Department of Justice (DOJ) in June 2019 for allegedly failing to file the proper paperwork after leaving the Trump White House in early 2018. According to the DOJ, Manigault Newman failed to file a disclosure form mandated by the Ethics in Government Act of 1978 (EIGA).

The DOJ is seeking a $61,585 penalty and accuses Trump’s ex-contestant and aide of “knowingly and willfully” violating the EIGA by “failing to file the required public financial disclosure report after her employment terminated with the Executive Office of the President.”

Manigault Newman has attempted various defensive moves in her efforts have the case dismissed so far—none of them yet successful.

Most recently, she moved for the denied depositions based on an argument that Trump and his direct subordinates were retaliating against her by making the EIGA referral, but the U.S. District Court for the District of Columbia shut that avenue down.

The judge reasoned that federal rules require such referrals be made to the DOJ “when there is reasonable cause to believe that such individual has willfully failed to file” a mandatory report under the EIGA. In other words, the court found that because there was allegedly a proper basis for a referral to be made based on EIGA considerations, the underlying motivation for that referral is entirely irrelevant and therefore not subject to discovery.

“After all, defendant—and others—were present at the meeting, too,” the court opined.

Manigault Newman also attempted to depose three lawyers. One of whom, Uttam Dhillon, worked as deputy White House counsel at the time. The court protected him from the requested deposition using the apex doctrine’s “concerns about the integrity and independence of the government’s decision-making processes, as well as the concerns over encouraging public service.”

Two DOJ attorneys were also potential deposition targets. One of them was protected from being subject to questioning while the court allowed Manigault Newman to depose the other.

DOJ attorney Ashley Cheung must now answer questions about what happened to Manigault Newman’s “boxes with her financial documents” because such evidence “may bear on whether [Manigault Newman’ ‘knowingly and willfully’ violated the EIGA and whether the Executive Office of the President impeded her ability to file her report.”

The government argued that the burden on Cheung outweighed any benefit but didn’t offer any reasons for why that might be the case and this argument was dismissed out of hand by the court.

The DOJ also attempted to file a form stating that the boxes remained at the White House the entire relevant time period. But Judge Leon dismissed this offer as self-serving.

“The government’s attempt to stipulate itself out of discovery is equally unconvincing,” he noted. “The relevant breadth of discovery concerning defendant’s boxes is broader than just their location and custody: defendant seeks information about ‘the process that Ms. Manigault Newman had to go through in order to retrieve her boxes.'”