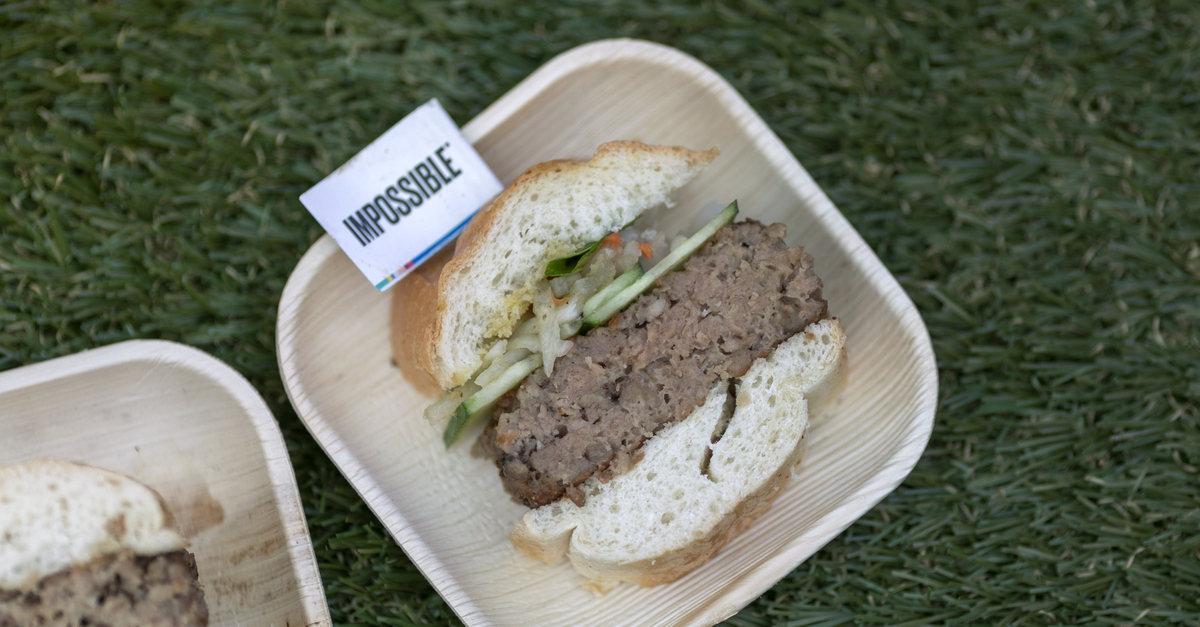 Impossible Foods, the company behind the meatless food products known as the “Impossible Burger,” “Impossible Sausage,” and “Impossible Meatballs,” sued a competitor in federal court in Delaware on Wednesday for alleged patent infringement. Impossible Foods claims that Motif, a spinoff of biotech company Ginkgo Bioworks, infringed on Impossible’s patent by improperly using a secret ingredient known as “heme.”

The 14-page complaint says that Impossible Foods “seeks to restore biodiversity and reduce the impact of climate change by transforming the global food system” by making “delicious, nutritious, affordable, and sustainable meat from plants.” Impossible Foods’ marquee product is the Impossible Burger, a plant-based food that “recreates the entire sensory experience of eating meat.” Impossible Foods argues that it has invested millions in research and development, and has secured patents for its innovative ingredients and manufacturing processes.

According to the complaint, a central component of the meatless product’s appeal derives from the ingredient “heme,” which Impossible Foods calls its “most closely-guarded flavor secret.” Heme is a red ingredient responsible for making the Impossible Burger “bleed” as if it were made of actual beef. Heme was also at the center of a now-dismissed 2021 lawsuit brought by a food safety advocacy group challenging the FDA’s approval of the genetically engineered ingredient. Impossible Foods succeeded in having the legal challenge over heme’s safety dismissed in May 2021, when a federal appeals court found that the FDA relied on sufficient evidence to deem the product safe to eat.

“Specifically, heme is ‘the molecule that gives meat its bloody taste when raw and creates the intense, meaty flavors and aromas when it’s cooked,'” the patent infringement complaint says. Heme gets its name from its origin — a naturally occurring hemoprotein molecule called soy leghemoglobin (known also as “LegH”), found in the root nodules of soy plants. Because it was too inefficient to harvest heme from soy plants, Impossible Foods “developed a proprietary strain of genetically modified Pichia yeast that produces LegH through a fermentation process.” According to Impossible Foods, the resulting process and product were granted federal patents.

Impossible Foods alleges that Motif developed a “replica burger,” similarly marketed as a beef alternative. Motif’s burger included an ingredient identified as “hemami,” which, according to the plaintiff, infringes on its patent; as a result of allegedly using Impossible Foods’ proprietary and patented processes, Motif has secured restaurant contracts with restaurants to use its replica burger.

Plaintiff Impossible Foods asked for unspecified compensatory damages as well as an injunction barring Motif from manufacturing, using, or selling what it calls, the “Infringing Burger.”

Law&Crime spoke with a Motif spokesperson on Thursday, who provided the following statement via email:

This complaint is not supported by facts or the law and is nothing more than a baseless attempt by Impossible Foods to stifle competition, limit consumer choice, and impede Motif, a new and innovative company with significant business momentum. We intend to contest these allegations vigorously and will respond through the appropriate legal channels. We will continue to pursue our go-to-market strategy and work towards our mission to bring better tasting, nutritious and sustainable foods to the world.

An Impossible Foods spokesperson said the lawsuit is about protecting the company’s brand and products, not about crushing the competition.

We applaud other companies’ efforts to develop compelling plant-based products, but we do not tolerate attempts to undermine our brand or products through the deliberate and unauthorized infringement of our intellectual property.”