Cold Case Murder of 61-Year-Old Woman Solved Due to DNA Testing of Cigarette Butt, Decades-Old Sketch Based Off of Eyewitness Account 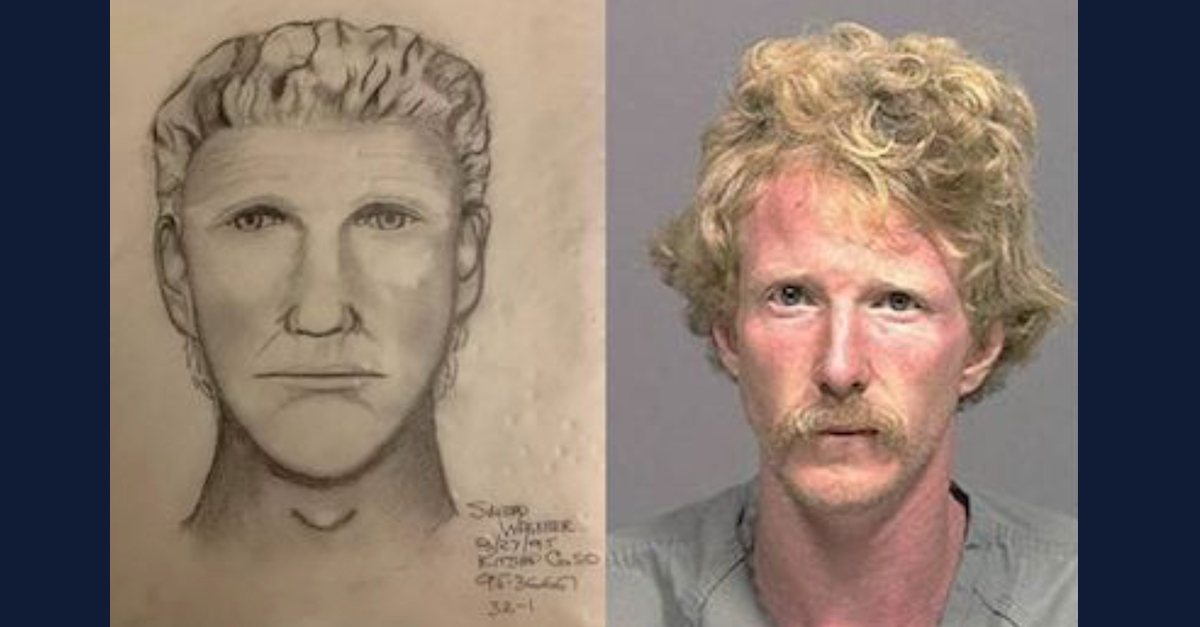 Patricia Barnes was 61 years old when she was shot twice in the head and left naked in a Washington State ditch back in 1995. Now, nearly 27 years later, police say they’ve finally solved the case.

According to the Kitsap County Sheriff’s Office, the cold case victim was long believed to be a casualty in the reign of terror perpetuated by the so-called “Spokane Serial Killer,” Robert Lee Yates.

Yates, a member of the U.S. Army, was eliminated as a suspect when investigators learned he was stationed in Alabama at the time Barnes was murdered. The similarities between Yates’ murders and Barnes’ death were, at least, determined not to be directly related.

Evidence in the case was abundant, however, and law enforcement even had an eyewitness. Although deputies were assisted by the Seattle Police Department, the case eventually went cold. But the witness’s description of the assailant would eventually prove useful.

“The witness gave a description to a detective who did a sketch,” KCSO Detective Mike Grant told Seattle-based Fox affiliate KCPQ in an interview on Wednesday. “It has remarkable similarities to the person who was later identified as her killer.”

That person is Douglas Keith Krohne, who died in 2016.

His death was actually instrumental in solving the mysterious murder.

In April 2018 the case was reopened as part of a renewed national trend to look hard at unsolved murders. Interviews with the original detectives were conducted and all the evidence was re-arrayed.

“This was a case that I had selected,” Grant told the TV station. “A number of cases have been assigned that are still being worked on and still being reviewed.”

After chasing down several leads – including an exhaustive timelines of Yates’ locations over the years – and pieces of DNA evidence across the country, investigators, still came up empty-handed.

A private DNA laboratory and company working with the KCSO documented some of those initially unsuccessful efforts:

In August 2020, a search warrant for DNA material was executed in Houston, Texas with the assistance of Investigators with the Harris County District Attorney’s Office. This was acting on earlier known information concerning a person of interest that was believed to be the last person in contact with Patricia. This person was later excluded as the contributing source after a comparison of collected DNA to DNA collected from the scene and evidence.

“The linchpin for the evidence was a cigarette butt that was found at the body dump location,” Grant continued. “The evidence on the body could mean one of two, three different things but when you have a cigarette butt with the DNA and the DNA on her body and on items around her body, it was conclusive to me that we had the right guy.”

But authorities still didn’t know who the man was.

The FBI’s Combined DNA Index System (or CODIS) was consulted but the killer’s profile wasn’t there. That system, which has featured prominently in varios cold cases solved over the past few years. matches unidentified DNA profiles with those of known offenders.

In December 2021, working with the profile developed by Othram labs’ “Forensic-Grade Genome Sequencing” process, which uses genealogical data along with DNA to build a more comprehensive profile, KCSO investigators took their search to Arizona.

Grateful to have been able to assist the Kitsap County Sheriff’s Office in identifying the 1995 murderer of 61-year old Patricia Barnes. Thanks to SAKI funding & the Washington State AG’s Office for funding.#dnasolves #runtheDNA https://t.co/hx5rjsMnyQ

After consulting with the Nogales Police Department and the Pima County Medical Examiner’s Office in Tucson, Grant and his team learned that their potential match was dead. The genetics in the case were provided by way of a post-mortem examination that retained some of his biological material. And, as it turned out, their suspect had been through the criminal justice system before.

Authorities say his mugshot compared favorably to the description given by the eyewitness so many years ago. In January, the biological sample from Arizona was compared to the previously-developed unknown DNA suspect profile. In February, the Washington State Patrol Crime Lab concluded that Krohne was a genetic match.

“How they were connected or how they came to meet, nobody knows,” Grant said. “Douglas isn’t mentioned in any other reports as an acquaintance or a witness or a person of interest. I went through all of the other tip, logs and no one mentioned his name. It was a complete random encounter I would suspect.”