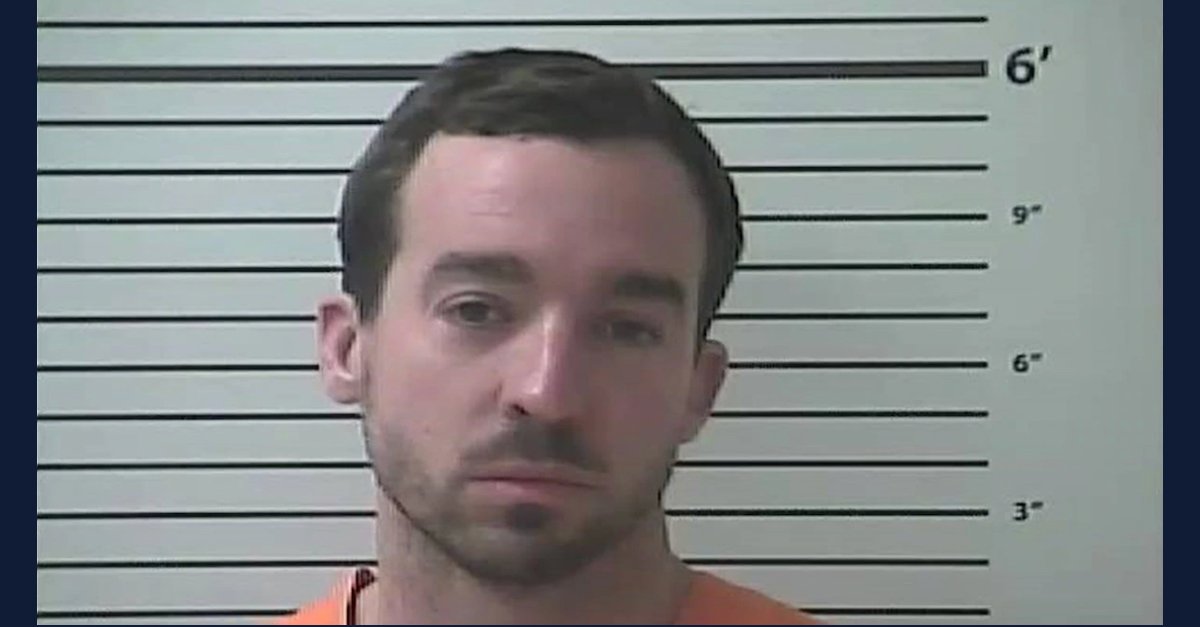 A small town city council member in Mississippi has been sued by the parents of a 17-year-old boy for allegedly touching him inappropriately and giving him beer while he was working one of his other jobs.

Diamondhead City Councilman Alan Moran, 34, was arrested on Valentine’s Day and charged with one count each of simple assault causing bodily injury and contributing to the delinquency of a child.

Those criminal proceedings, on the above-referenced misdemeanor charges in Hancock County, are parallel to and different from the civil lawsuit filed by the boy’s parents on March 14, 2022. Moran has pleaded not guilty to the criminal charges.

Law&Crime obtained a copy of the original civil complaint.

The lawsuit alleges that Moran sent the boy in question, referred to as “John Doe,” a message via Snapchat on behalf of a pest control business where he worked “asking if he wanted to come work for [the pest control business] operating one of the vehicles” that was “used in the business of spraying pesticide for mosquito control.”

The boy allegedly agreed and was given instruction about what he would be learning and why–followed by training on how to operate the vehicle and “onboard mosquito control equipment.”

The Doe plaintiff was allegedly instructed to drive one of the trucks one direction before switching towards Moran’s residence in Diamondhead, Miss. “so that Moran could give his wife some ‘paperwork,'” the lawsuit alleges.

“While in route, Moran removed the GPS system, which tracked the [pest control] vehicle,” the lawsuit continues. “John Doe and Moran then relocated to Moran’s home in Diamondhead where Moran invited Joe Doe into his house while he signed a Valentine’s Day card for his wife.”

After that, according to the filing, Moran told the boy to drive slowly by to go “wherever he wanted.” Eventually, the two ended up at a gas station “where Alan Moran offered to buy beer,” the lawsuit claims. The offer was allegedly accepted, and the two returned to the pest control business building where they both drank the beer.

While there, the lawsuit alleges, “Moran produced a sex toy and requested that John Doe play with it.” The boy declined but the alleged entreaties continued.

“Subsequently, a conversation regarding Moran’s cellphone ensued during which Moran offered to give John Doe the cellphone and a fifth of Crown Royal if John Doe would play with the sex toy,” the filing says.

The boy, by then, was uncomfortable with the topic of discussion and asked to be instructed how to use the mosquito spraying equipment, according to the filing. The two got into the original truck but Moran was allegedly unable to operate the crank on the pest repellent device. So, Moran and the boy got into a second truck.

While on the road, the boy is said to have told Moran he needed to urinate. After stopping at a barn, Moran allegedly made yet another attempt.

“While John Doe was relieving himself, Moran continued to make sexually suggestive comments requesting that John Doe allow him to observe as he urinated,” the lawsuit claims. “John Doe again declined Moran’s advances.”

Back on the road, Moran allegedly got braver and more direct–and allegedly committed a sexual assault.

The lawsuit says Moran “began to continuously touch” the boy’s “inner thigh and grab his genitalia” despite being told to “stop” and despite having his hand “brushed away numerous times.”

The boy eventually got away by texting his father, Russell Dykes, to meet him at a certain gas station.

Both parents showed up and the boy gave the truck’s keys to his mother, Raychel Dykes. Moran allegedly demanded the keys back. Then boy’s father “attempted to detain” the elected official–allegedly prompting him to give chase into a nearby wooded area and toss away an alleged “burner” phone.

“We are looking forward to our day in court,” Moran’s defense attorney in both cases told Biloxi, Miss. ABC/CBS affiliate WLOX. “There are two sides to the story.”