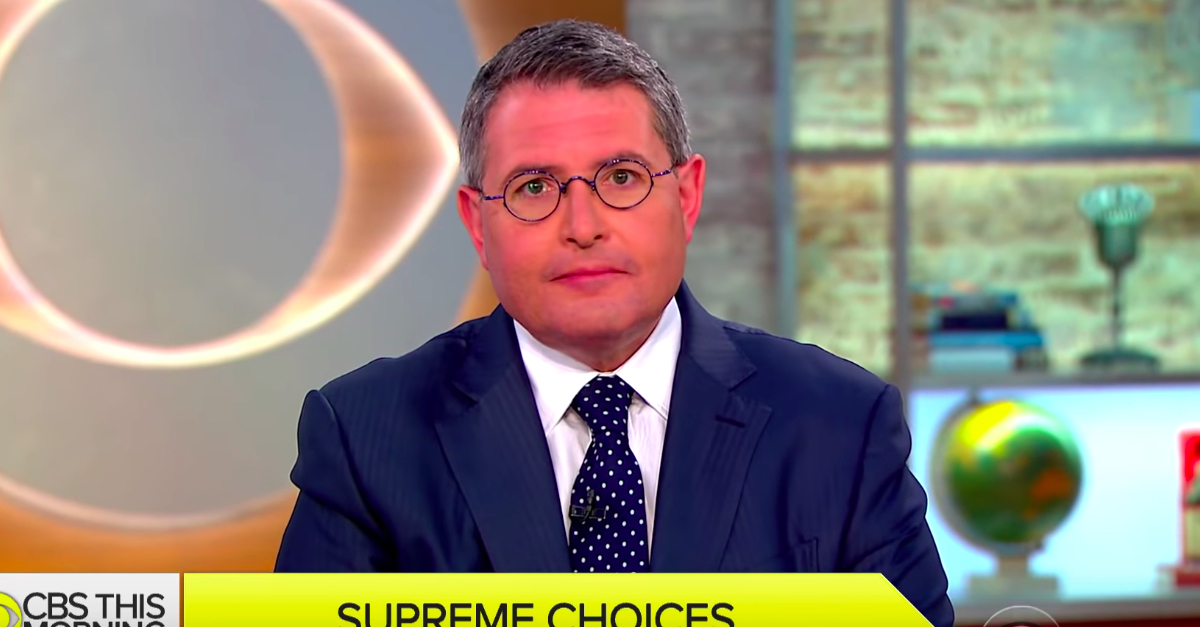 Senate Judiciary Committee Democrats are seeking information on the role former Federalist Society leader Leonard Leo played in in choosing the jurists President Donald Trump has nominated to lifetime appointments as federal judges. In letters sent to Attorney General William Barr and White House counsel Pat Cipollone on Wednesday, the senators said they were specifically looking into the potential conflicts of interest presented by Leo’s advising the president on judicial selections while leading a group that is anonymously funded, “likely from entities that have interests before the federal courts.”

“Mr. Leo’s prominent role in the Trump Administration’s judicial selection and nominations process while maintaining a financial interest in advocacy efforts related to this process has raised questions regarding his potential status as a federal employee and compliance with accompanying laws and regulations,” the letter to Barr stated.

The senators emphasized that by advising the Trump administration on its selection of federal judges, Leo’s conduct raised significant questions as to whether he was performing the duties of a federal government employee without proper authority, thereby violating federal ethics law.

“By outward appearances, Mr. Leo may have engaged in the performance of a federal function that must be conducted by government employees authorized to act on behalf of the United States by leading the Administration’s efforts to identify and select judicial nominees, and press for their confirmation,” they wrote. “As a federal employee, Mr. Leo would have been responsible for complying with federal records retention and financial disclosure requirements, as well as the criminal financial conflict of interest statute.”

Led by Sen. Sheldon Whitehouse (D-RI), the Democratic senators who signed the letters were attempting to shed light on the process that has allowed the Trump White House and GOP-led Senate to confirm an unprecedented number of judges (nearly 200) in just over three years.

The senators assert that knowing the specifics of Leo’s involvement in the selection process is vital to ensuring the process remains untainted.

“Mr. Leo’s personal financial interest in advocacy efforts related to the judicial selection and nominations process raises serious concerns regarding potential conflicts of interest and the independence of the federal judiciary, given Mr. Leo’s leadership role in the Trump Administration’s work on the issue,” they wrote, before listing a number of questions relating to Leo’s role in the selection process.

As previously reported by Law&Crime, Leo stepped away from the Federalist Society earlier this year to helm a massive effort aimed at securing Trump’s re-election by highlighting the 45th president’s record on appointing conservative judges.

See below for the full letter sent to AG Barr:

Barr Letter by Law&Crime on Scribd