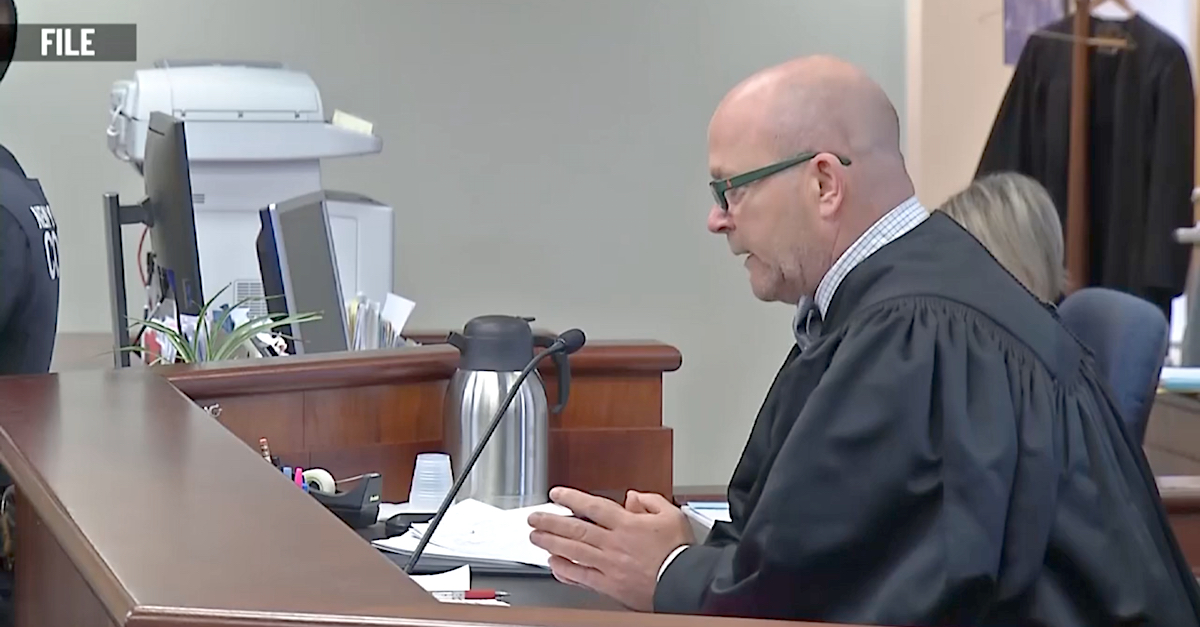 A western New York judge who reportedly laid on railroad tracks last year and waited for a slow-moving freight train to pass over him has died by suicide, according to Buffalo CBS affiliate WIVB and the New York Times. Federal agents had searched the judge’s home last month, and a former client and friend was recently charged federally, both news organizations noted.

The cause of death for Acting State Supreme Court Justice John L. Michalski, 61, is unclear in the available news reports. The New York Times said Michalski was found dead at his home.

In New York State, the Supreme Court is a trial court of general jurisdiction; it is akin to a superior court system in other states. The highest court in New York is called the Court of Appeals.

The client who appears connected to the federal probe, according to WIVB, is Peter G. Gerace, Jr., a man who operates a gentleman’s club in Cheektowaga. The TV station said “[l]aw enforcement raided the club in December 2019.”

“Two sources told News 4 Investigates last year that the Geraces are close friends with the Michalskis,” the television station reported.  “In fact, Michalski married Gerace and his former wife, Katrina Nigro, in September 2014, according to the marriage certificate.”

Buffalo NBC affiliate WGRZ spoke with Nigro in 2021. She alleged that the club was a known site for “drug dealing” and that Gerace was a “drug dealer (and) sex trafficker.” Gerace’s lawyers suggested to WGRZ that Nigro was lying.

The WGRZ piece also noted the connections between Michalski and Gerace. 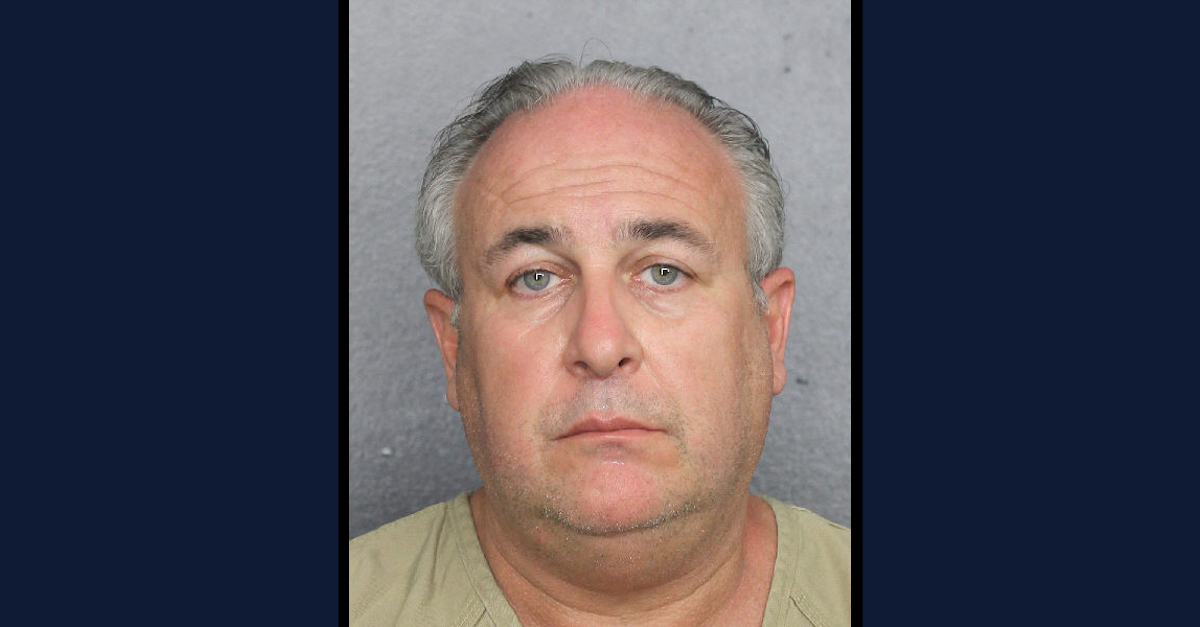 On Sunday, Feb. 28, 2021, Michalski laid on the railroad tracks at the Depew Amtrak station at around 11:43 a.m., WIVB said. A group of train buffs saw what happened next.

“He was on the platform basically looking back and forth to see if there was a train coming, which kind of did look a bit weird,” Alex told the TV station (but asked that his last name not be broadcast). “I thought he might have been a rail fan like us, but I had a little bit of concern when he walked out onto the tracks and when he lay on the tracks, I was like ‘oh, no, this isn’t good.'”

Alex recorded on video what happened next. The TV station only broadcast some of it because the judge was injured when a freight train passed over him. A hospital told WIVB that Michalski suffered a “serious leg injury.”

WIVB sued after it received only a heavily redacted police report and no official video regarding the incident. A judge determined that because the material involved a suicide attempt that it should be sealed for privacy concerns. 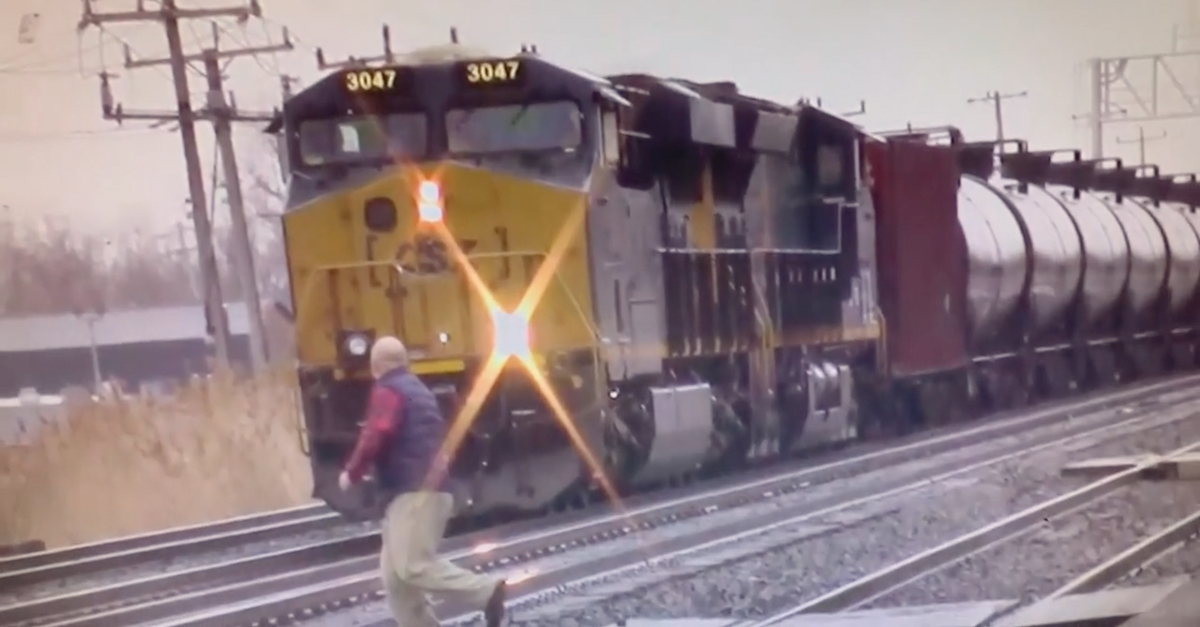 In an image captured by a railroad enthusiast, a man later identified as John L. Michalski runs in front of a CSX freight train. (Image via WIVB screengrab.)

The same day Michalski laid on the railroad tracks, Gerace was arrested in Florida. The Miami Herald described Gerace as a “nephew of reputed Buffalo mob boss Joseph A. Todaro Jr.,” as did another Florida newspaper; and the Buffalo News immediately noted that the federal prosecution was part of a federal probe into alleged organized crime.

A press release from the U.S. Department of Justice’s Office of the Inspector General describes the Gerace arrest:

On February 28, 2021, the owner of Pharaoh’s Gentlemen’s Club in Buffalo, New York was arrested in Florida following a superseding Indictment charging him with one count each of bribery of a public official, conspiracy to defraud the United States, maintaining a drug involved premises, conspiracy to distribute controlled substances, and conspiracy to commit sex trafficking.  According to the Indictment, at various times between in or about 2005 and in or about 2019, Peter Gerace paid a former DEA Special Agent in exchange for the former DEA Special Agent taking various actions to shield Gerace and his business from narcotics and sex trafficking investigations by law enforcement agencies, including the DEA and FBI.  The investigation is being conducted by the OIG’s New York Field Office, HSI, and the FBI.

The federal superseding indictment which named Gerace alleged that Joseph Bongiovanni, a Drug Enforcement Administration agent, “had friends and associates who he knew were involved in possession, use, distribution, and importation of controlled substances.” 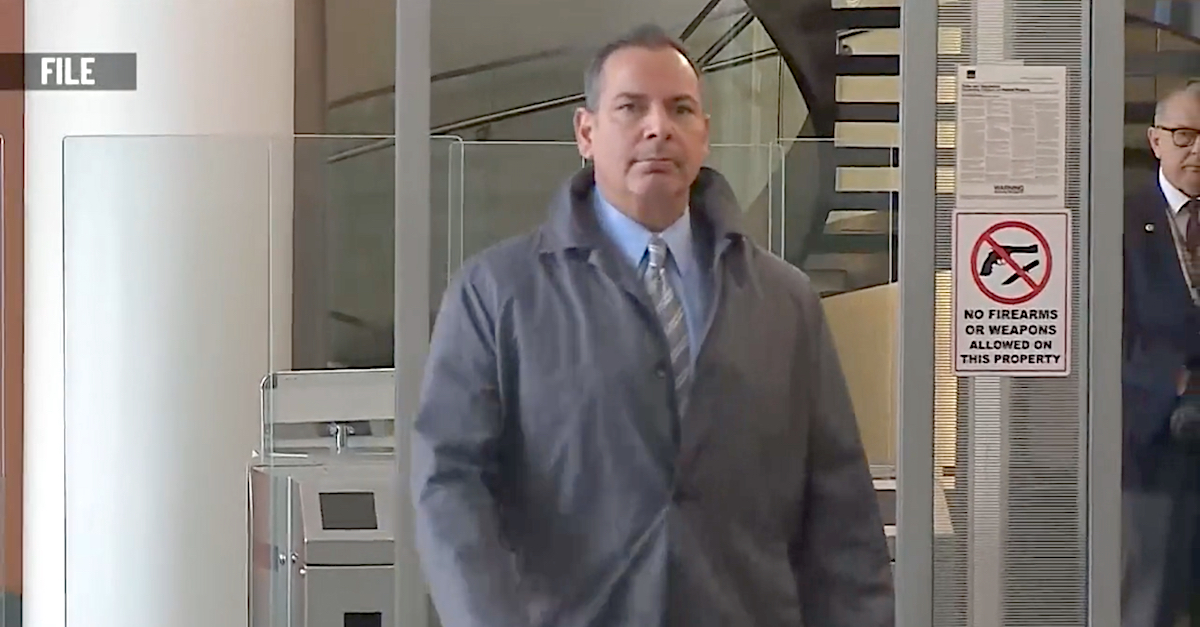 Gerace has denied wrongdoing, and the Buffalo News reported that Gerace was “insulted” that the feds were attempting to link him to organized crime.

“My grandfather was Joseph Todaro. He’s dead,” Gerace told the publication while reportedly “raising his hands in exasperation.”

It is with that backdrop that the judge’s reported suicide occurred. WIVB reported that “federal authorities had questioned Michalski on his relationship with Peter Gerace.” After the railroad incident, Michalski’s caseload was reassigned, but it was eventually reinstated, the New York Times reported.

The judge’s home was searched in late March 2022 in connection with what WIVB described as possible “tax crimes involving an online business operated out of the home.”

“Michalski was never charged with any crimes,” WIVB noted.

Another Michalski attorney, Terrence Connors, told the New York Times that “it would be difficult to find a judge who was more respected” in western New York State.  Connors was described as a “longtime friend” to the judge.