Ed Sheeran Beats Copyright Lawsuit Over 'Shape of You'

Ed Sheeran Beats ‘Baseless’ Copyright Lawsuit Over ‘Shape of You’ 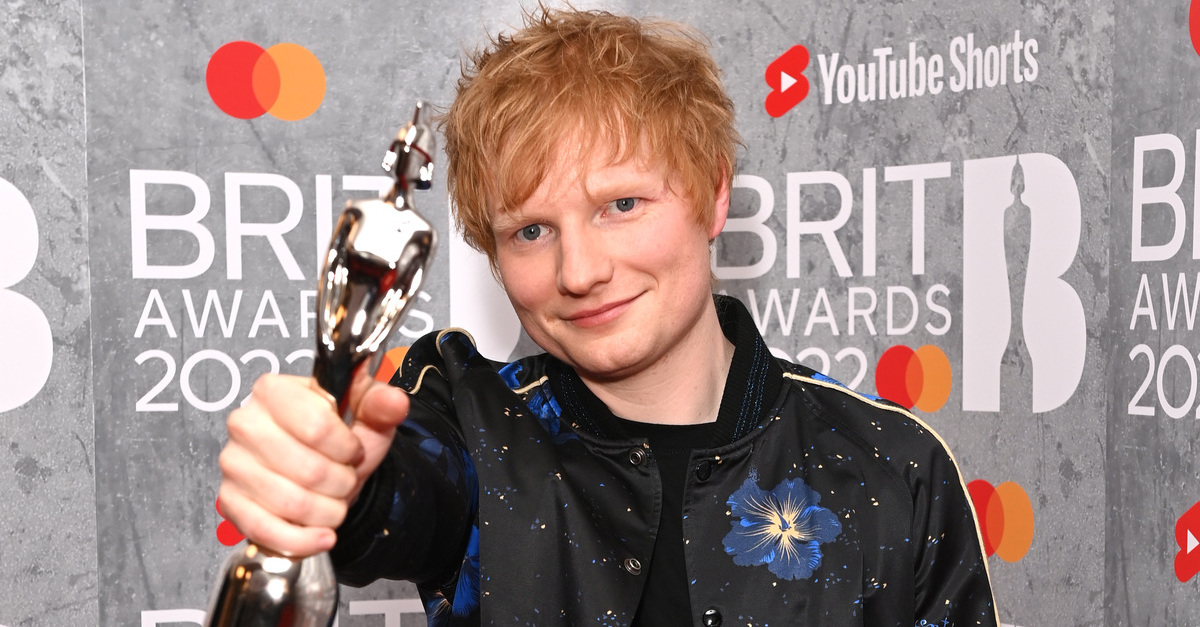 Ed Sheeran poses with his award in the media room during The BRIT Awards 2022.

Singer-songwriter Ed Sheeran has succeeded in defending against a copyright lawsuit that accused him of stealing a hit song from lesser-known artists.

After an eleven-day trial, a U.K. High Court judge ruled Wednesday that Sheeran’s hit “Shape of You” was not copied from a 2015 song “Oh Why” by Sami Chokri and Ross O’Donoghue.

“Shape of You” was the international best-selling song of the year in 2017, and stayed as the UK top song for 14 weeks.

Below is the video for Shape of You:

Sheeran testified at trial, denying claims that he was a “magpie” that routinely used musical ideas of other artists without crediting them. Sheeran explained that when appropriate, he does share royalties with writers who inspired him—even pointing to “Shape of You” profits shared with the writers of TLC’s “No Scrubs.”

As part of his defense, Sheeran sang in open court, showing that Nina Simone‘s “Feeling Good” and Blackstreet’s “No Diggity” also contain common elements found in the songs at the center of the lawsuit.

Judge Antony Zacaroli ruled that Sheeran and his writing partners “neither deliberately nor subconsciously copied” Chokri’s song. Rather, Zacaroli wrote, “The use of the first four notes of the rising minor pentatonic scale for the melody is so short, simple, commonplace and obvious in the context of the rest of the song that it is not credible that Sheeran sought out inspiration from other songs to come up with it.” The judge found that while “there are obvious similarities” between portions of the two songs, there were also “important differences” between them.

In response to the ruling, Sheeran issued a video statement.

Ed’s been dealing with a lawsuit recently and he wanted to share a few words about it all pic.twitter.com/hnKm7VFcor

Sheeran said in his statement that while he and his writing partners are “obviously happy with the result,” he feels that “claims like this are way too common now.” He continued, saying that the culture of filing baseless lawsuits with the hope of obtaining a settlement simply to avoid costly litigation is damaging to the songwriting industry.

“There’s only so many notes and very few chords used in pop music,” Sheeran explained. “Coincidence is bound to happen if 60,000 songs have released every day on Spotify.” He continued putting things into perspective, saying “That’s 22 million songs a year, and there’s only twelve notes that are available.”

Sheeran ended by reminding viewers, “I’m not an entity. I’m not a corporation. I’m a human being. I’m a father, I’m a husband and a son.”