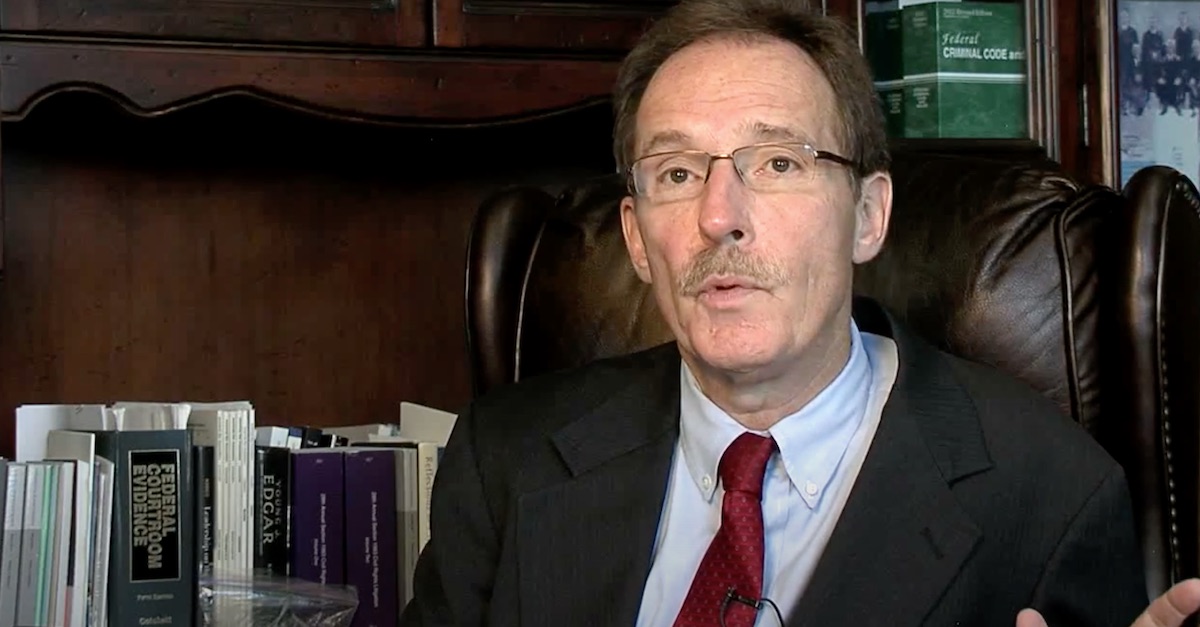 A senior U.S. District judge called Donald Trump a “criminal” during a phone call with the Associated Press as he discussed the 45th president’s recent pardons of political allies who were convicted in former Special Counsel Robert Mueller’s Russia investigation.

Senior U.S. District Judge Robert W. Pratt, a Bill Clinton appointee who had been the Chief Judge of the U.S. District Court for the Southern District of Iowa before assuming senior status in 2012, said it was no surprise that Trump, whom he called a “criminal,” was pardoning criminals.

“It’s not surprising that a criminal like Trump pardons other criminals,” Pratt told the AP during a call on Monday.

“But apparently to get a pardon, one has to be either a Republican, a convicted child murderer or a turkey,” the judge quipped.

Less than one week ago, President Trump issued pardons on consecutive days to corrupt former GOP congressman who endorsed him, former campaign aides convicted in the Russia probe, Blackwater guards, former Border Patrol Agents, and even the father of his son-in-law Jared Kushner.

Although the president did grant clemency to some nonviolent drug offenders, those cases did not get the same attention as the full pardons gifted to former Trump campaign chairman Paul Manafort, longtime Trump friend and confidant Roger Stone, former Trump campaign adviser George Papadopoulos and Dutch lawyer Alex van der Zwaan (all of whom were convicted in the Russia probe), Charles Kushner, former GOP Rep. Duncan Hunter and Hunter’s wife Margaret Hunter, and former GOP Rep. Chris Collins (the first Republican members of the House to endorse Trump). There were several more questionable pardons.

According to the AP, Judge Pratt was talking about the pardons Trump granted to the former GOP congressmen, former Trump campaign aides, and Blackwater guards Nicholas Slatten, Paul Slough, Evan Liberty and Dustin Heard. Slatten was serving life in prison for his role in killing 17 Iraqi civilians in Nisour Square massacre, and all four men were then working as security contractors for Erik Prince, whose sister Betsy DeVos is President Trump’s Secretary of Education.

President Trump also pardoned Jesse Benton and John Tate, former staffers for the 2012 presidential campaign of ex-Rep. Ron Paul. Benton and Tate were convicted by a jury of hiding payments for what prosecutors described as a bribery-for-endorsement scheme.

Through a video production company, the aides paid $73,000 to then-Iowa state Sen. Kent Sorenson, who changed his endorsement from Michelle Bachmann to Paul shortly before the Iowa caucuses. A jury found Benton and Tate illegally recorded the payments as “audio/visual expenses,” rather than buying endorsements.

Judge Pratt presided over “Tea Party Hero” Sorenson’s trial and sentenced him to prison in 2017 even though prosecutors sought probation, calling the crimes “the definition of political corruption.”

“People require that tangible and serious consequences meet those that abuse the public trust for personal gain,” the judge said at the time, adding that “political corruption is slowly eroding the foundations of our Democracy.”

Legal observers were stunned to see that Judge Pratt called the president a “criminal,” and they condemned the remark.

Not appropriate for a federal judge to offer commentary like this. https://t.co/fHc6iiqU45

How hard is it to say “no comment”? https://t.co/iNbLUKYWnR

A sitting federal judge said this? How has Trump destroyed so many people’s brains? https://t.co/SdPe2NRz7V

“‘It’s not surprising that a criminal like Trump pardons other criminals,’ senior U.S. District Judge Robert Pratt of the Southern District of Iowa told The Associated Press [in] a brief phone interview Monday.”https://t.co/Cuob6Z5jrU

Utterly unacceptable for a sitting federal judge to say this. But hey guys, Judge James Ho is the problem for addressing a dissent that implied he was an idiot. https://t.co/KnNulmQAH2

Needless to say, this is totally inappropriate for a sitting federal judge to say. https://t.co/14dkV9eH2X

It’s hard to believe that a federal judge would think it appropriate to say such a thing, but we’ve seen so many judicial theatrics over the last 4 years that it’s probably going to become normal.