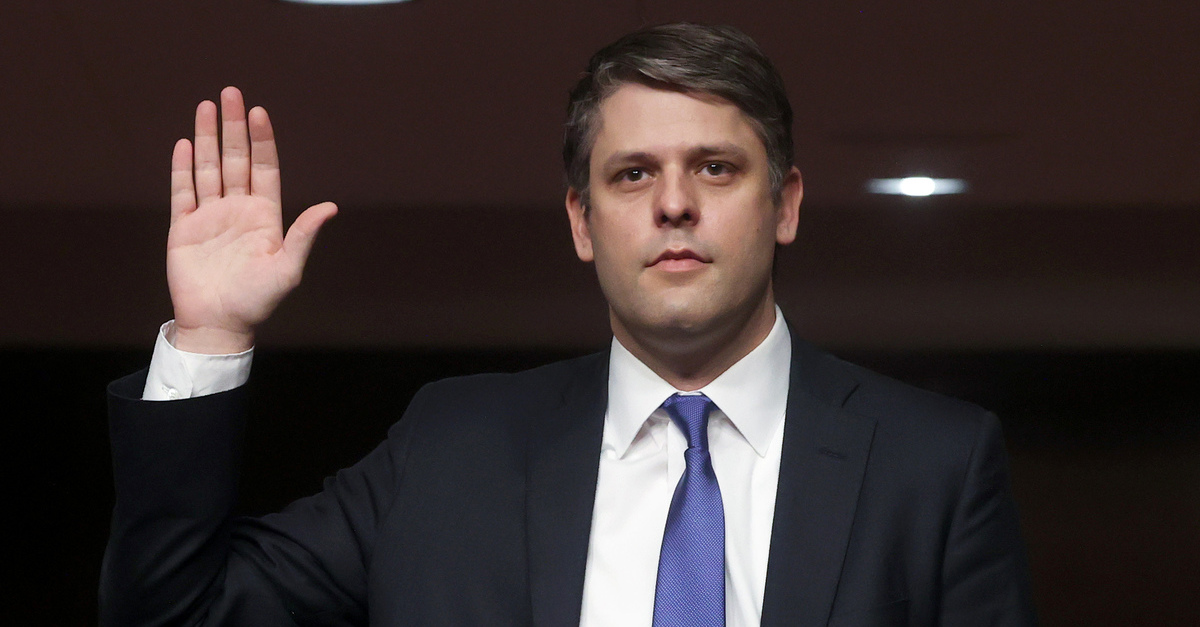 Conservative wunderkind and U.S. Circuit Judge Justin Walker raised eyebrows on Wednesday after harshly insulting a group of criminal defense attorneys in his very first opinion from the appellate bench.

“For nearly two decades, many talented attorneys have represented detainees at Guantanamo Bay,” the concurrence begins. “They include advocates at the Military Commissions Defense Organization, professors at more than a few elite law schools, and litigators from scores of the nation’s most prestigious law firms.”

“Some of those attorneys, perhaps most, have shown a prudent appreciation for the fine line separating zealous advocacy from frivolous tactics designed only to delay and disrupt,” he added.

The New Republic‘s legal journalist Matt Ford was a bit more plain in his estimation of the conservative judge’s critique.

“An inauspicious start on the D.C. Circuit for Justin Walker, who begins his tenure by baselessly and gratuitously smearing a group of lawyers,” he tweeted. “This is sadly unsurprising from Walker.”

Others hit the recently-minted appellate judge even harder:

honestly the funniest part of this is it isn’t a even really an “opinion,” this doofus asked to have a “statement” stapled to the back of a summary order granting a motion to dismiss some petitions. he’s doing some epic forum posting on routine procedural orders https://t.co/rk8gwY3rLn pic.twitter.com/ADEwOwN7Mq

Justin Walker is the Brett Kavanaugh of Neomi Raos. https://t.co/01UVmVGgcA

The case itself concerns Ibrahim al Qosi, the man sometimes described as Osama bin Laden‘s cook–and who frequently traveled with the deceased terrorist leader–before being captured by U.S. forces and imprisoned at the Guantánamo Bay penal colony in 2001.

Al Qosi was eventually able to negotiate a plea deal and ultimately released from detention in 2012.

Military attorneys representing al Qosi, however, have fought for years to overturn his original conviction on “providing material support for terrorism” under the theory that the charge was not actually a crime when it was committed. The U.S. Constitution generally prohibits the application of ex post facto laws.

That theory, advanced by military defense attorneys Mary McCormick and Suzanne Lachelier, has gained significant traction with multiple other Guantánamo Bay defendants. In keeping with the rule of law and the Constitution, several alleged terrorists have had their convictions overturned on appeal.

Al Qosi, however, allegedly returned to his old ways upon release and has generally been unreachable due to being abroad.

In 2014, when McCormick attempted to have her military-appointed client’s conviction overturned, the U.S. government said they didn’t believe there was still an attorney-client relationship between al Qosi and his attorneys any longer. McCormick put in a request for funds to travel and ascertain whether or not he actually still wanted legal representation but that request was eventually denied.

In 2015, the D.C. Circuit Court found McCormick could not prove the existence of an attorney-client relationship and denied the appeal.

Legal wrangling ensued and dragged on for years; the intricacies of Guantánamo Bay lawyering and jurisprudence are particularly plodding not least because of the torture-heavy regime that lawlessly operated for years there. Subsequent government actions by both the Obama and Trump administrations have made government-appointed defense attorneys’ jobs exceedingly difficult.

It’s under this backdrop that Walker controversially insulted the military attorneys assigned to the al Qosi case on Tuesday.

We have already dismissed this appeal once. Now “his” attorneys are back again — even though they can’t prove al Qosi asked for an appeal, consented to it, or is even aware of it.

Read the full order and concurrence below:

Justin Walker’s Per Curiam Order by Law&Crime on Scribd