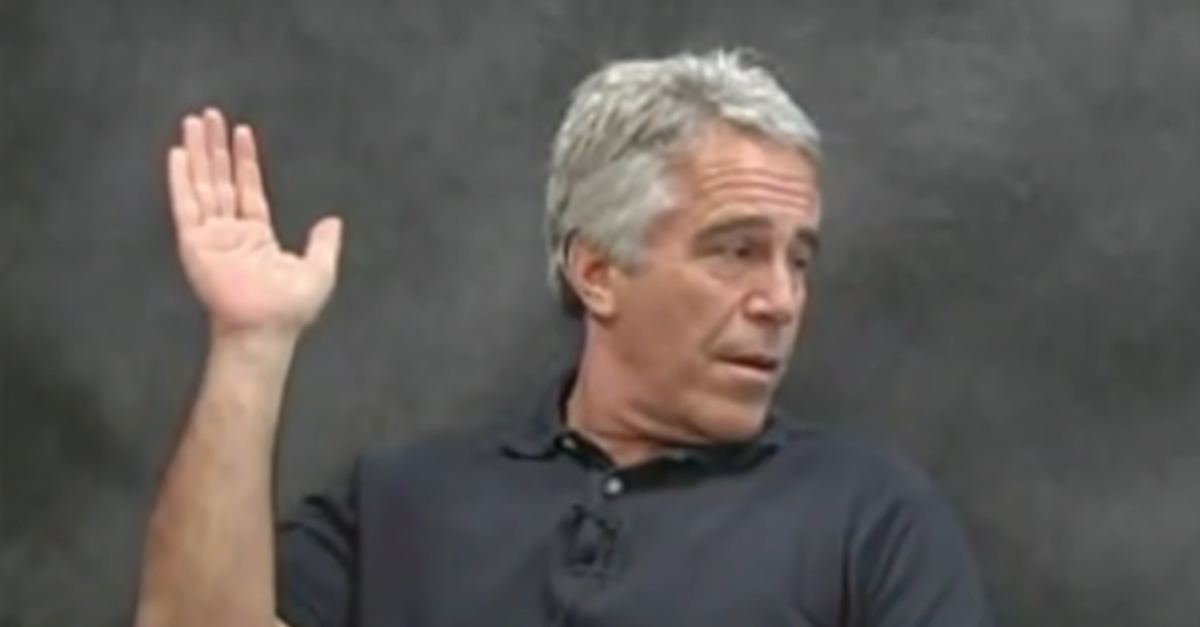 The 27-page document recounts a myriad of relationships between Epstein and the elite university.

Those relationships include the distribution of monetary largess, untoward and unearned professional ties and titles, a provision for personal office space, the cultivation of an Epstein-dominated fundraising network on Harvard’s behalf, and more.

“In 2005, Harvard admitted Epstein as a Visiting Fellow in Harvard’s Psychology Department for the 2005-2006 academic year,” the report notes before explaining. “Visiting Fellow is a title awarded to an independent re-searcher registered with the Graduate School of Arts and Sciences as a graduate research student.”

Epstein, however, had absolutely no qualifications for such a distinguished position. What he did have was a longstanding relationship with Professor Stephen Kosslyn, the Chair of the Psychology Department — buoyed by $200,000 in money that Epstein had lavished on the psychologist who “recommended Epstein’s admission as a Visiting Fellow.”

“Epstein lacked the academic qualifications Visiting Fellows typically possess, and his application proposed a course of study Epstein was unqualified to pursue,” the report notes. “We found no evidence that he engaged with Harvard students as a Visiting Fellow. In February 2006, Epstein applied to be re-admitted as a Visiting Fellow for a second year, the 2006-2007 academic year, and Harvard again admitted him.”

The essential condition for understanding Epstein’s influence at Harvard is noted at the very beginning of the report itself:  the now-dead man was rich.

“Between 1998 and 2007, before his 2008 conviction on charges relating to soliciting minors for prostitution, Epstein made $9,179,000 in gifts to Harvard to support Harvard faculty members and programs,” the section on Epstein’s financial support notes.

“The largest of his gifts, a $6.5 million gift made in 2003, established Harvard’s Program for Evolutionary Dynamics (“PED”), led by Professor Martin Nowak,” the report continues. “Epstein’s $6.5 million gift to PED enabled Harvard and Professor Nowak to create and pay for a separate research facility for PED in a Harvard Square office building leased from a private owner.”

In 2015, Nowak worked with Epstein to conceal Epstein’s prior gifts in order secure grant money from a separate foundation. This scheme played out after both men realized it was probably a bad idea to have Epstein’s name as the source of matching funds. So, Nowak and Epstein worked together to falsely claim that the money came from one of Epstein’s non-profits that didn’t have his name in the title.

Nowak and PED applied for a new Templeton grant in 2014, seeking $3 million. The foundation informed Nowak and PED that, because the new grant related to work performed on a previous grant, Templeton would consider granting half of the money. Templeton further informed Nowak and PED that Templeton’s charter required PED to demonstrate that it had funds available to provide the other 50% of the money from another source and to obtain a letter from either another donor or Harvard “attesting that the funds have been secured and will be applied to the proposed project.”

All the help provided to Nowak and PED reaped dividends for Epstein, the pedophile with a bizarre island who reportedly dreamed of turning a ranch into an insemination factory and who later died in a New York City jail cell.

“Epstein had no Harvard affiliation after he withdrew from his Visiting Fellow appointment in 2006,” the report notes near the end. “Yet he regularly visited, had card key access to, and was provided a designated office space within PED until 2018.”

The report goes into detail about Epstein’s Harvard office space:

Within PED’s offices, PED informally described Office 610 as “Jeffrey’s Office.” As noted, Epstein and his assistants had a key to that office. Epstein brought his own rug and hung several photographs on the wall. PED made Office 610 available to other visitors from time to time, and Professor Nowak informed us that, in his view, the office was only nominally Epstein’s and that it was a simply a visitor’s office that was called “Jeffrey’s Office.” But others who worked at PED, where office space was often scarce, generally did not view it as interchangeable with other offices, and believed it was reserved for Epstein’s use when he came. (Epstein did in fact use the office when he visited.) Until 2017, PED maintained a Harvard telephone line in that office identified as Epstein’s. PED removed it that year as a cost-cutting measure.

“Epstein’s permanent possession of a visitor keycard; his knowledge of the passcode to the PED offices; and his possession of a key to an individual Harvard office all gave him unlimited access to PED,” the document continues. “It appears that this circumvented rules designed to limit access to Harvard space to individuals with legitimate reasons to be there.”

Harvard cut monetary ties to Epstein on paper in 2008 at the direction of then-president Drew Faust, who appears to have mostly been concerned with the optics of the elite institution’s association with the leader of a global pedophilia ring that serviced global elites. But that was clearly just for keeping up appearances.

“Even after President Faust and Dean [Michael D.] Smith concluded that Harvard should not to accept gifts from Epstein, the development office sent mixed signals on the subject,” the report continues. “After President Faust concluded that Harvard should not accept gifts from Epstein, Epstein continued to play a role in obtaining gifts for two Harvard faculty members. Those faculty members were Nowak and Harvard Medical School Professor George Church.