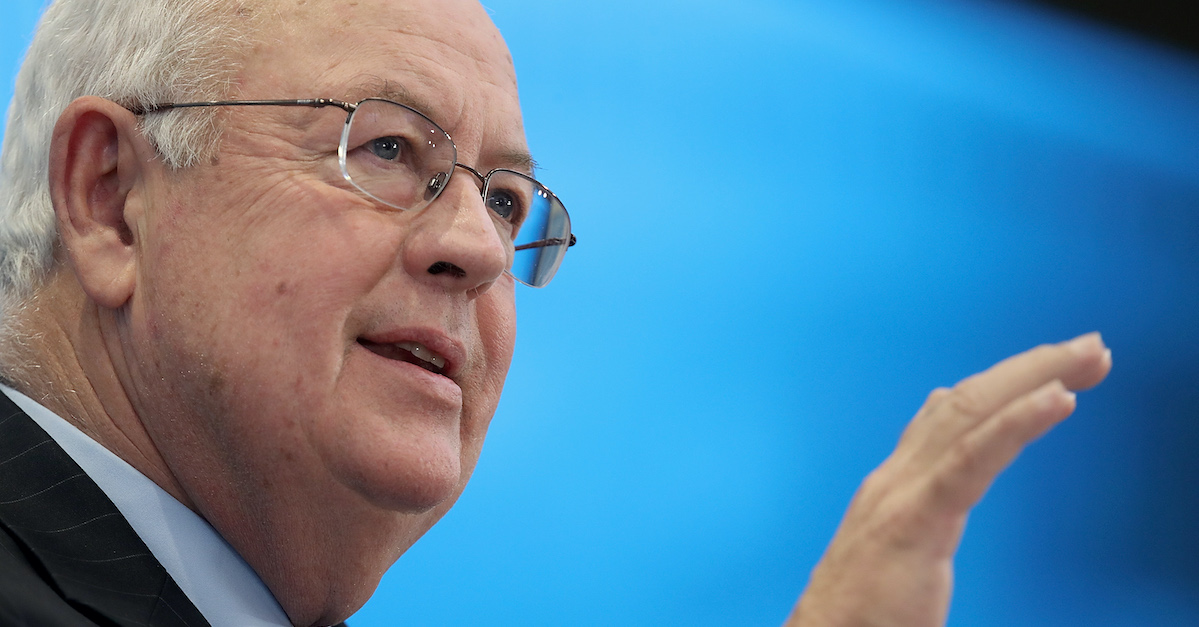 Former Whitewater independent counsel Ken Starr is now a member of President Donald Trump’s impeachment defense team, suggesting that the president holds his legal acumen and/or rhetorical skill in high regard. That certainly wasn’t always the case, the record shows.

In comments to Matt Lauer on NBC News back on Oct. 8, 1999, CNN’s Andrew Kaczynski pointed out, Trump brutally put down Starr for his work on the Bill Clinton impeachment, calling Starr a “lunatic,” a “disaster,” and more.

Trump’s comments on Ken Starr from 1999 via MSNBC pic.twitter.com/VeDALrMT1b

The quotes from this interview are available in a transcript on the Factba.se website.

According to the transcript, Trump was asked if he thought Clinton should have been impeached. He responded by hammering Starr:

I think Ken Starr’s a lunatic. I really think that Ken Starr is a disaster. I hated the way the president handled it. He could have said, ‘Look, I don’t want to discuss it.’ I’ve seen politicians in New York that are scoundrels get away with that for years. ‘I don’t talk about my personal life.’ They’ve made a living off not talking about — he should have done that. Instead, he had to lie.

He was asked a second time if Clinton should have been impeached, and answered:

He had to lie. I’m glad it worked out the way it did. But it was a long and terrible process. I — I really think that Ken Starr was terrible. But I think the president handled it terribly. And it’s a shame, because he could have gone down as a very good and even great president. It’s a shame.

Trump was, at the time, exploring the possibility of a run for the presidency.

In an interview with CNN’s Larry King that aired on the same day, Trump said he “would never lie” to the American people.

Also during the Lauer interview, Trump praised New York Times columnist Maureen Dowd as “great.” In Sept. 1999, Trump told Dowd the following about Starr: ”Starr’s a freak. I bet he’s got something in his closet” (Baylor? Epstein?).

Per Kaczynski, Trump also called Starr, “Crazy Ken Starr, who is a total wacko. There’s the guy. I mean, he is totally off his rocker.”