Trump Impeachment Attorney Disappointed That People Called Him ‘Stupid,’ But Believes His Strategy Was a Success 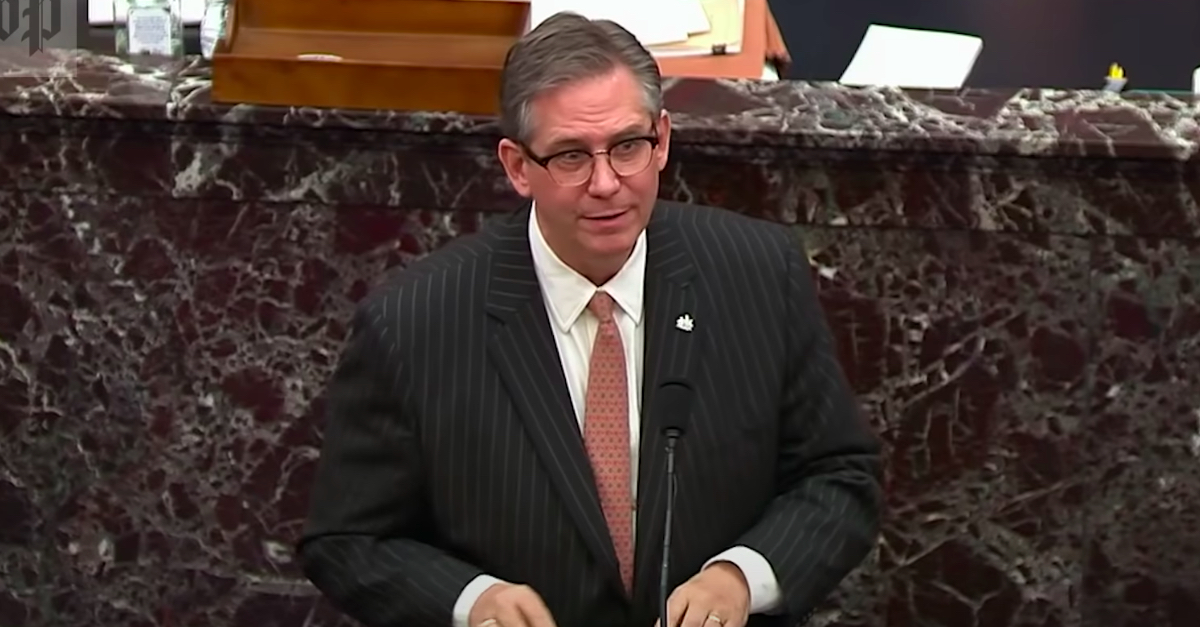 One of the lawyers representing Donald Trump in his second impeachment trial said his widely-panned performance representing the former president before the Senate jurors on Tuesday was an intentional choice.

In an interview with Fox News on Wednesday, attorney Bruce Castor defended his opening presentation, saying he wasn’t even prepared to speak, but decided he should try to mitigate the effect of lede House impeachment manager Rep. Jamie Raskin’s (D-Md.) passionate plea to convict Trump rather than segue directly into a thought-provoking argument.

“I have had 35 years of reading the expressions of people’s faces as jurors, and I could see that it had hit home,” Castor said in reference to Raskin. “I thought the likelihood of the senators paying attention to our jurisdiction argument would go up if I could lower the temperature in the chamber before David [Schoen] spoke. And that is why I changed the strategy, and essentially, gave a portion of what was going to be my opening statement in the trial later in the case.”

Schoen essentially stuck to the more scholarly arguments outlined in the problematic legal brief the attorneys submitted on Monday.

While the Castor strategy ostensibly backfired so badly that Harvard Law professor emeritus Alan Dershowitz unequivocally condemned the performance, the presidential defender said he was happy to divert the nation’s attention away from the House impeachment managers any way that he could. Castor said he was unhappy to see that his legal peers were calling him “stupid,” but believed that his strategy was a success precisely because there was so much focus on his speech.

“One of the reasons I made the audible I did yesterday was to dial back the emotion,” Castor said, adding that “the media is paying far more attention to what I had to say, and consequently spent less time on arguments advanced by Raskin and his team.”

“That was by design. I don’t like reading bad stuff about me in the newspaper any more than anyone else does, or my legal colleagues around the country saying I’m stupid, but the reason I made the change was precisely so that in lowering the temperature in the room, the public coverage would be more about what I said than about what the House Managers said,” he added.

Castor also brushed aside reports that Trump was “enraged” by his attorney’s meandering showing or the fact that he conceded that President Joe Biden won the 2020 election fairly and without illicit assistance.

“What I said was in a light most favorable to my colleagues on the other side of the aisle. The people have spoken and the administration changed,” Castor said. “The point that I am making is that if we accept as true the position of the Democrats that the election was fair, and that the people chose President Biden over now former President Trump—if we take that as fact—then they now must concede that the American public does know how to change administration if they want to.”