ACLU, Sierra Club and Immigration Advocates Push for Biden Administration to Be Bold and ‘Tear Down’ Trump’s Wall 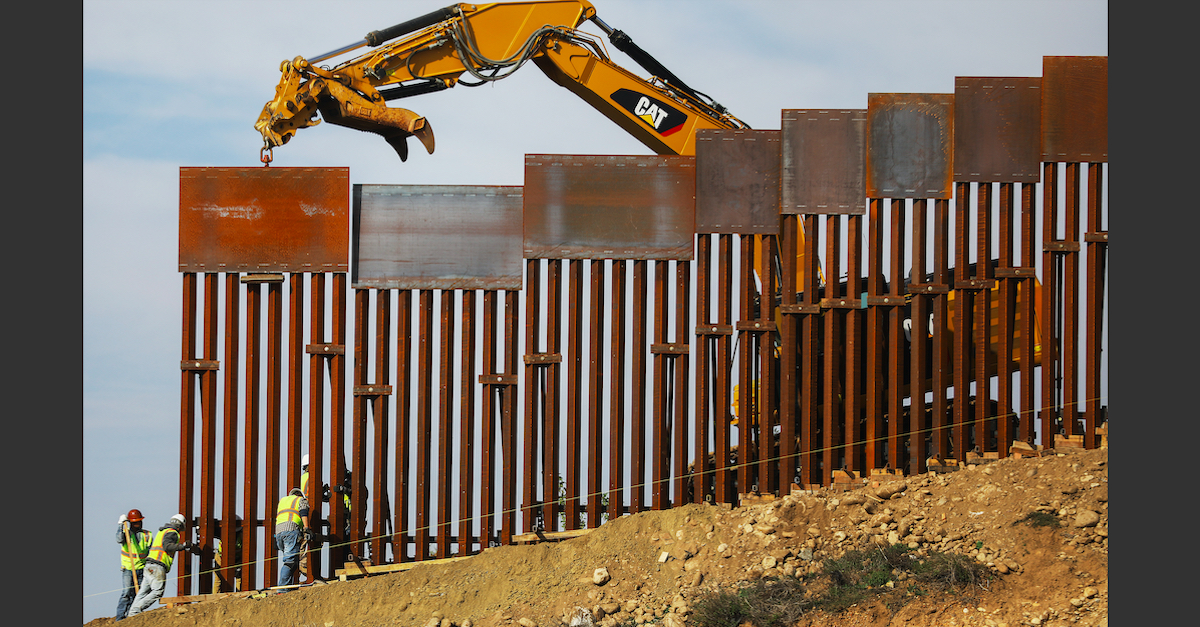 A coalition of liberal and environmental groups broadly praised President Joe Biden‘s Supreme Court strategy on a hot-button immigration issue while insisting that the current administration cannot allow any aspect of former President Donald Trump’s immigration legacy to stand. And they mean it quite literally.

“The Biden administration requested a delay in our border wall Supreme Court arguments,” the American Civil Liberties Union (ACLU) said via Twitter late Monday. “It’s a good start that Biden isn’t rushing to defend Trump’s illegal wall in court, but just hitting the brakes isn’t enough. We must tear down the wall.”

The Biden administration requested that the pending dispute be taken off the high court’s oral argument schedule in a formal motion to hold the case in abeyance. Hearings in the highly contentious matter were previously scheduled for Feb. 22.

“Trump’s wall devastated border communities, the environment, and tribal sites,” Dror Ladin, senior staff attorney with the ACLU’s National Security Project added in a press release. “It’s time for the Biden administration to step up for border communities, and commit to mitigating environmental damage and tearing down the wall.”

“[T]he first Trump immigration case set to be heard by SCOTUS this year will be taken off the calendar,” Aaron Reichlin-Melnick, policy counsel at the American Immigration Council, noted. “[T]oday the Biden administration has cleared the Supreme Court’s calendar of the last two pending cases set for argument challenging Trump’s immigration policies.”

Multiple successful lawsuits were filed in multiple district courts in California and Texas–including the Sierra Club’s action filed in the Northern District of California over the attempted effort to redirect those funds previously earmarked for “counterdrug” activities.

In May 2019, U.S. District Judge Haywood Gilliam issued an injunction barring Trump from diverting the funds pending resolution of the case on the merits.

“[The Trump administration’s] argument that the need for the requested border barrier construction funding was ‘unforeseen’ cannot logically be squared with the administration’s multiple requests for funding for exactly that purpose dating back to at least early 2018,” the court noted.

The White House appealed but the decision was upheld at the appellate level.

“The executive branch’s failure to show, in concrete terms, that the public’s interest favors a border wall is particularly significant given that Congress determined fencing to be a lower budgetary priority and the Department of Justice’s data points to a contrary conclusion,” the Ninth Circuit wrote.

The conservative-dominated U.S. Supreme Court ultimately intervened, however, allowing the funds to be spent until the nine justices themselves had time to hear both sides’ arguments.

Those arguments now seem unlikely to occur after Biden, in a Jan. 20 executive order, directed the federal government to assess the “the legality of the funding and contracting methods used to construct the wall,” resulting in a “pause on all work projects” undertaken in accord with the prior administration’s diversion efforts.

Still, advocates note that Biden could, in theory, change his mind and allow wall construction to continue.

The solution they propose is a plan to dismantle the wall.

“We are relieved to see a pause on wall construction while the Biden administration decides whether to defend Trump’s illegal and disastrous national emergency declaration,” Sierra Club managing attorney Gloria Smith said. “Ultimately, the destructive border wall must be torn down. Constructing a wall has stripped environmental, cultural and health protections from border communities, bulldozed through Tribal sites and burial grounds, and left irreversible scars on wildlife habitat and local towns. The new administration must implement a new vision for the borderlands — one that protects human rights, Tribal sovereignty and the environment.”

Vicki B. Gaubeca, director of the Southern Border Communities Coalition and plaintiffs in another lawsuit aimed at the wall construction order issued by Trump, said the border wall project has had “deadly, wasteful and destructive” consequences.

The border wall “has not made southern border communities safer, but has led to the devastation of wildlife, loss of life and endangerment of people seeking refuge at our borders,” Gaubeca said. “It’s time to rethink how we govern our borders and move away from enforcement only policies, towards a New Border Vision that upholds human rights and dignity for all people who live, work and travel through our borders.”