5 Children and 1 Man Dead After Mass Shooting in Oklahoma 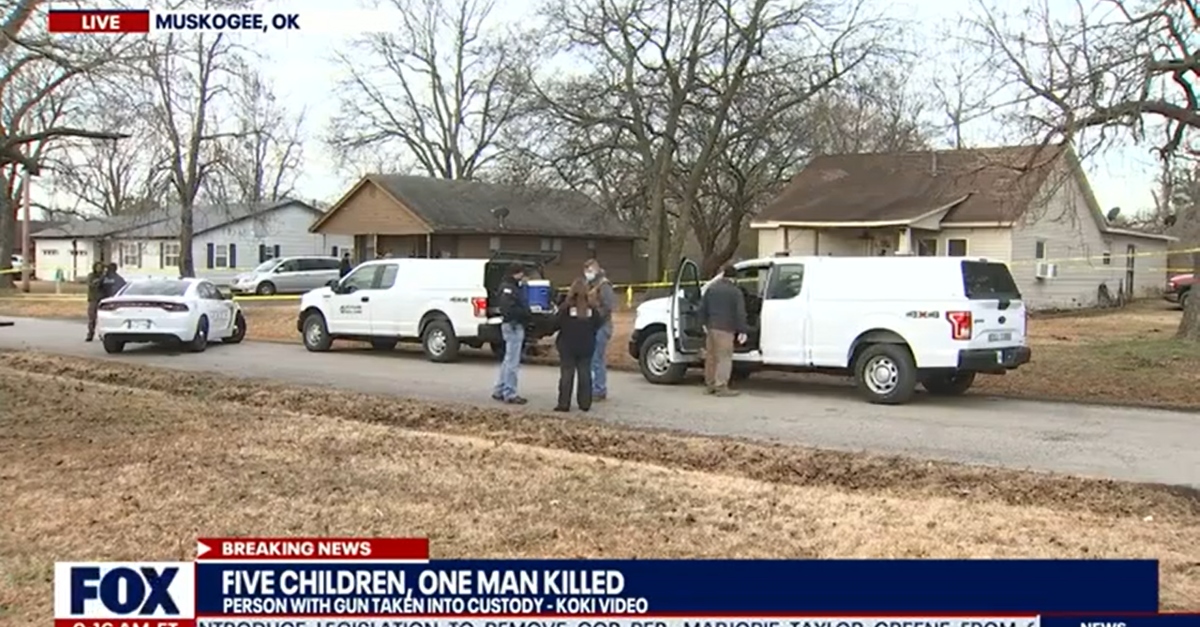 Police in Muskogee, Oklahoma say five children and a man are dead after a shooting at a local home early Tuesday.

Cops say that they have a suspect in custody, according to Fox 23. According to police, one officer opened fire from a rifle after seeing the suspect holding a firearm near the scene of the crime. The shot missed. The suspect fled, but he was soon caught.

He was identified as Jarron Deajon Pridgeon, 25, according to The Associated Press.

The motive and precise circumstances behind the killing remain unclear.

#NEW: A tragic event out of Muskogee, OK this morning…Six people, including five children, were killed in a shooting this morning. The suspect is in custody. https://t.co/tnwmhgcJIu

BREAKING: Police in Muskogee investigating the deaths of a man and five small children.

A man holding a gun was arrested as he ran from the scene.

Muskogee Police Chief Johnny Teehee said he thinks it was a domestic incident, according to KJRH. A police spokeswoman said that the children are thought to be of elementary-school age or younger, according to Tulsa World.

“It was not random obviously because they all did live in this home together, but as far as what all those relationships look like, we just don’t know that yet,” Police Officer Lynn Hamlin said, according to the AP.

UPDATE: Muskogee Police believe the 6 people killed are a family, all shot to death. A neighbor tells @NewsOn6 the family moved in last week but police haven’t confirmed. One female still alive — she was flown to a hospital.

Police say they don’t think the shooting is random. pic.twitter.com/ObbvzRtD8E

One of the children initially survived, but died at a hospital. There remains one survivor: a woman suffering life-threatening injuries.

No charges have been announced yet.

Update – 5:33 p.m.: Authorities identified the suspect. We added his name.

[Screengrab via NewsNow from Fox]