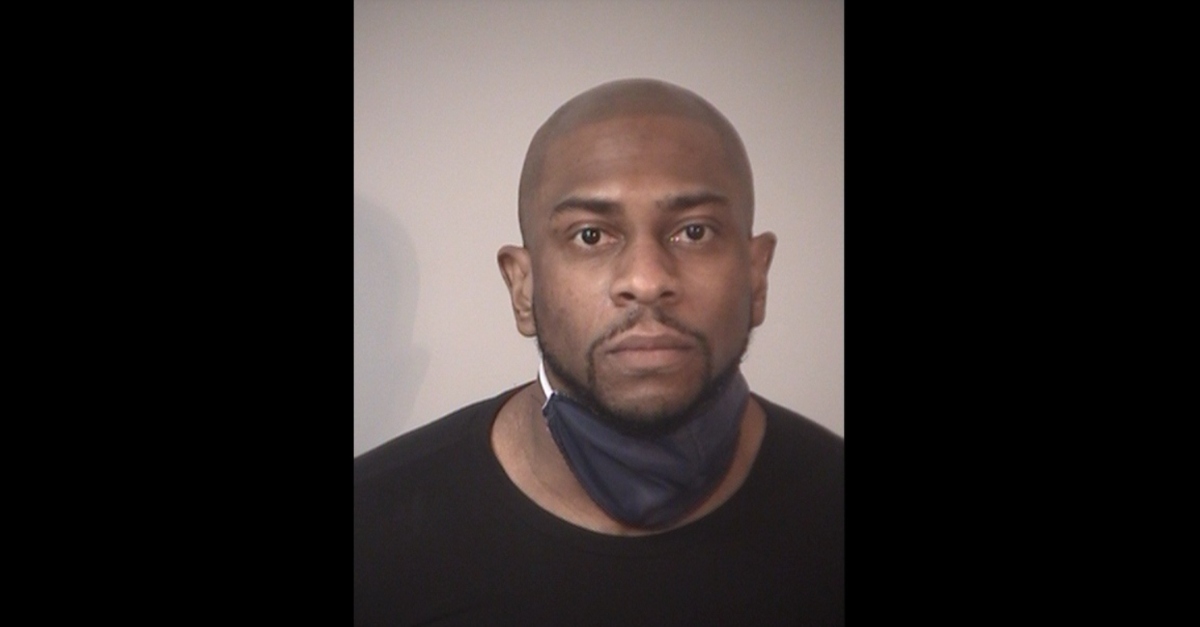 A man in Stafford County, Virginia is accused of creeping at a local gym and getting caught in shocking fashion. Brian Anthony Joe, 41, fell through the ceiling of a women’s locker room, said deputies. Obviously, he wasn’t supposed to be there. Now he’s locked up at the Rappahannock Regional Jail.

Authorities said they got a report on Saturday afternoon of a man falling through the ceiling of the women’s locker room. He landed on one of the women below. No escape for him: Investigators said patrons cornered him in there until deputies arrived.

According to the sheriff’s office, Joe sustained no injuries despite falling about 10 feet. The woman who had the misfortune of breaking his fall was checked by first responders, but she was not taken to a hospital.

Records show Joe is represented by a public defender. He is charged with three counts of peeping into a dwelling, one count of intentional damage valued at least $1,000, and one count of burglary.

The story elicited some pretty apropos responses from the team at Fox 5 DC.

This story is WILD. Man arrested for peeping on women in a VA locker room after he…fell out of the ceiling. https://t.co/qSGsXpYNMz

Footage shows authorities leading the suspect out of the premises while gym denizens watched. Reporter Tisha Lewis cited women in the locker room, who said Joe was holding a cell phone when he fell out of the ceiling. They first believed he was a maintenance worker. Nope!

a maintenance worker. He’s not. He’s charged with three counts of peeping, burglary and vandalism.

There’s concern there could be more victims. @fox5dc #stayahead

An arraignment set for Monday was continued. A preliminary hearing is scheduled for March 10. He remains held at the Rappahannock Regional Jail; bond was denied.