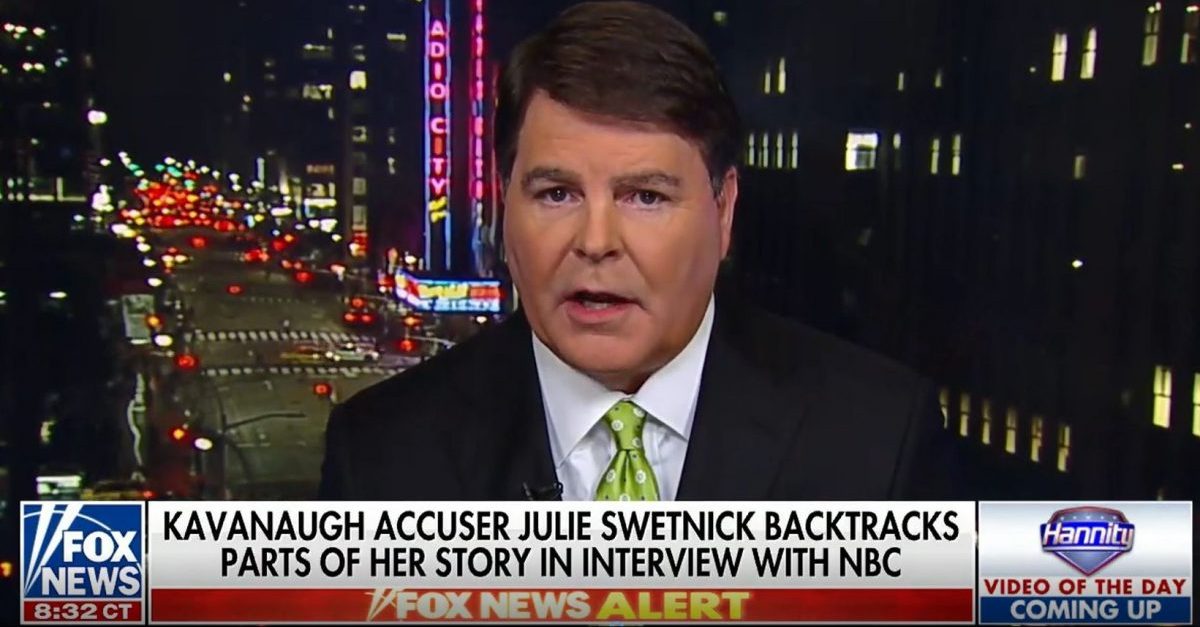 Following the release of the Justice Department Inspector General’s report pertaining to the conduct of James Comey’s handling of government information, President Donald Trump has been relentlessly attacking the former FBI director. Despite the IG finding that Comey’s conduct violated FBI regulations but not any criminal statutes, Trump on Friday reiterated his belief that Comey should have been charged criminally, a conclusion which appears to be based on a fundamental misunderstanding of the relevant law.

“’They could have charged Comey with theft of government documents, 641 of the Criminal Code, because the IG found these were not his personal documents, these were government documents,’” Trump tweeted Friday, quoting from an article written by attorney and Fox News legal analyst Gregg Jarrett. “Comey’s claim that these were just his own personal recollections would not pass the laugh test, and the Inspector General just knocked that down.’”

While 18 U.S.C. 641 does make it a crime to “steal or knowingly convert” a government record “with intent to convert it to his use” or to convey it to another without authority, as Jarrett wrote, it is also only a part of any relevant analysis of the statute. Jarrett is a former defense attorney and adjunct law professor.

Attorney Bradley P. Moss, who specializes in national security, federal employment and security clearance law, responded by pointing out that the cited law is inapplicable to the circumstances at issue.

Wrong. If @GreggJarrett were a real lawyer he would know the DOJ Criminal Resource Manual rejects applying 18 USC 641 in a situation like the one involving Comey. https://t.co/Kjt3LTQRXu

“Wrong,” Moss responded. “If [Gregg Jarrett] were a real lawyer he would know the DOJ Criminal Resource Manual rejects applying 18 USC 641 in a situation like the one involving Comey.”

Moss is referring to the DOJ’s Resource Manual explanation describing the parameters of how 641 should and should not be applied, and reads as follows:

“[T]he [DOJ] Criminal Division believes that it is inappropriate to bring a prosecution under 18 U.S.C. § 641 when: (1) the subject of the theft is intangible property, i.e., government information owned by, or under the care, custody, or control of the United States; (2) the defendant obtained or used the property primarily for the purpose of disseminating it to the public; and (3) the property was not obtained as a result of wiretapping, (18 U.S.C. § 2511) interception of correspondence (18 U.S.C. §§ 1702, 1708), criminal entry, or criminal or civil trespass.”

According to Moss, Comey’s conduct clearly aligns with the exceptions laid out in the guidelines.

“Under this DOJ policy (which is not binding and could be ignored as a matter of discretion), the Comey Memoranda qualify as ‘intangible’ given that they exist solely as a memorialization of Comey’s conversations with the president,” Moss wrote in an email to Law&Crime explaining why the first prong of the guidelines in applicable to Comey’s conduct (the second and third prongs are self-evident).

Furthermore, the DOJ policy is specifically designed to protect whistle-blowers, stating that, “a government employee who, for the primary purpose of public exposure of the material, reveals a government document to which he or she gained access lawfully or by non-trespassory means would not be subject to criminal prosecution for the theft.”

Moss explained that while the criteria for defining a whistleblower is “malleable,” the section is essentially applicable to all persons seeking to divulge non-classified information for the purpose of informing the American public.

“The core premise is that Section 641 should not be used to prosecute unauthorized disclosures of information to the press that were done for transparency reasons,” Moss wrote, adding, “This policy in no way suggests prosecution is unwarranted under different statutory provisions if the information was classified, of course.”

In response to the Moss, Jarrett on Sunday argued that Comey was not a whistleblower, stating that his “motive was not transparency, but to trigger a special counsel.”

Jarrett also took issue with the way in which Moss characterized his legal background.

“Mr. Moss is free to disagree with me.  Lawyers disagree with one another all the time.  But reducing it to a personal attack that I’m not a “real lawyer” diminishes both his argument and himself,” Jarrett tweeted.