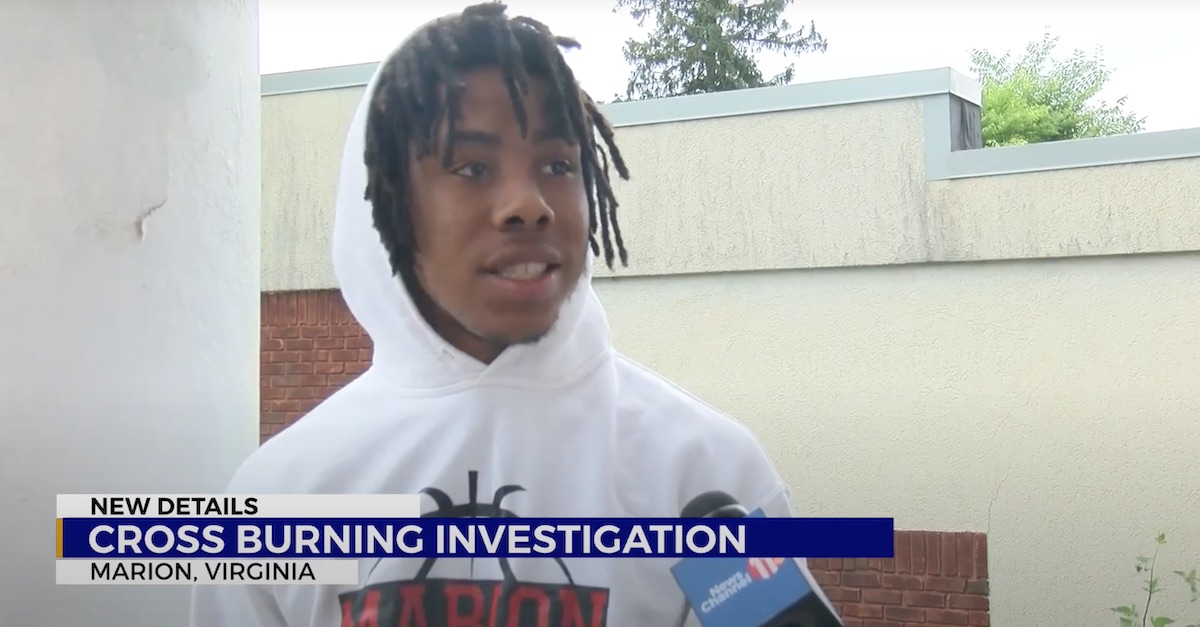 Hours after leading a Black Lives Matter protest in Marion, Virginia, Travon Brown got a text from his mother that said there was a cross burning in their front yard on June 14. A white neighbor who lived across the street, 40-year-old James Brown, ran across the street in an attempt to appear helpful, when in fact he was the one who set the cross ablaze in the first place, authorities allege.

The story, as reported on at length by the Washington Post on Thursday, appears alarmingly straightforward. According to this account, Travon Brown led a Black Lives Matter protest, then James Brown, eliciting images of the KKK, burned a wooden cross covered in cloth in the front yard belonging to Travon Brown’s family.

Travon’s mom Briggette Thomas thought her family’s house was on fire, but quickly recognized that a cross was on fire in a burn barrel. According to the report, Thomas recognized the cloth but wasn’t sure why. That would change.

Thomas’s daughter was in the house at the time of the cross burning. James Brown reportedly ran across the street shouting, “Ray’Kia, come to the door” and asking, “Are you okay?” 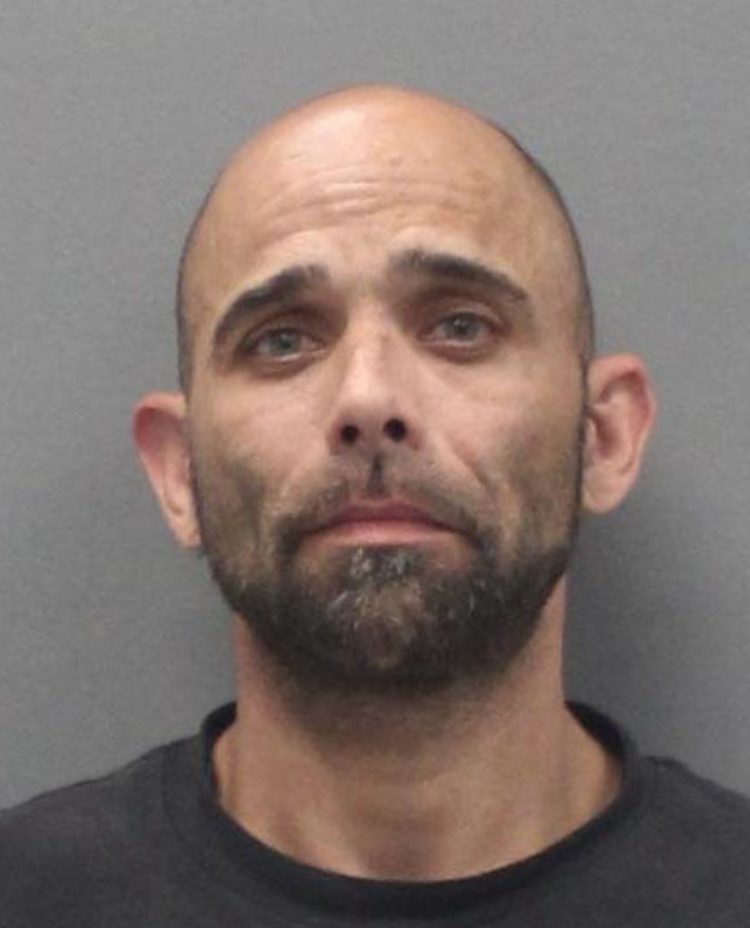 Twelve days later, James Brown was arrested—after which point Briggette Thomas remembered seeing cloth-covered wood in the suspect’s workshop. There had reportedly been a “falling out” between the neighbors and months of “nasty exchanges.” It’s unclear what led to that.

But federal prosecutors claim that Brown didn’t just lie about his involvement in the cross burning: his alleged crime was racially motivated; a witness saw him walking away from the fire after it was set; a second witness said Brown confessed to the cross burning; and a third witness recalled the suspect calling his Black neighbors the n-word. Per the Post:

Another witness said Brown had talked about burning a cross in front of Travon’s house and had confessed shortly after the incident, according to the FBI affidavit.

And a third witness said that when he asked Brown about the incident the next day, Brown laughed and called his neighbors the n-word.
Brown, who did not respond to requests for comment, was released on bond the next day. He has not been indicted or entered a plea.

The U.S. Attorney’s Office for the Western District of Virginia announced the case against Brown in a press release on June 26. He is accused of lying to federal agents and “criminal interference with fair housing based upon the victim’s race.” The latter appears to fall under Willful Interference with Civil Rights Under the Fair Housing Act or 42 U.S. Code §  3631.

“The frightening act at the center of today’s complaint—a racially motivated cross burning—interfered with the victim’s federally protected right to fair housing,” U.S. Attorney Thomas Cullen said in the press release. “Acts of violence, threats, and other forms of intimidation prompted by racial animus are serious federal crimes, and we will continue to work closely with the FBI to hold offenders accountable.”

Authorities said that the cross-burning, which Brown allegedly admitted to, happened after midnight:

According to court documents, on June 14, 2020, at approximately 12:55 a.m., the Marion Police Department received a report of a burning cross in the front yard of an African-American family, one of whom had organized a civil rights protest the day before. In the following days, working with the FBI, investigators learned of the involvement of Brown. When questioned by investigators if he had anything to do with the cross-burning incident, Brown allegedly lied. Witnesses interviewed during the investigation stated that Brown admitted to the cross burning and used racial epithets when referring to the African American family.

A public defender representing James Brown urged the public not to judge her client before learning all the facts of the case.

“We ask the public to not rush to judgment before hearing all of the facts,” Monica Cliatt told the Post.