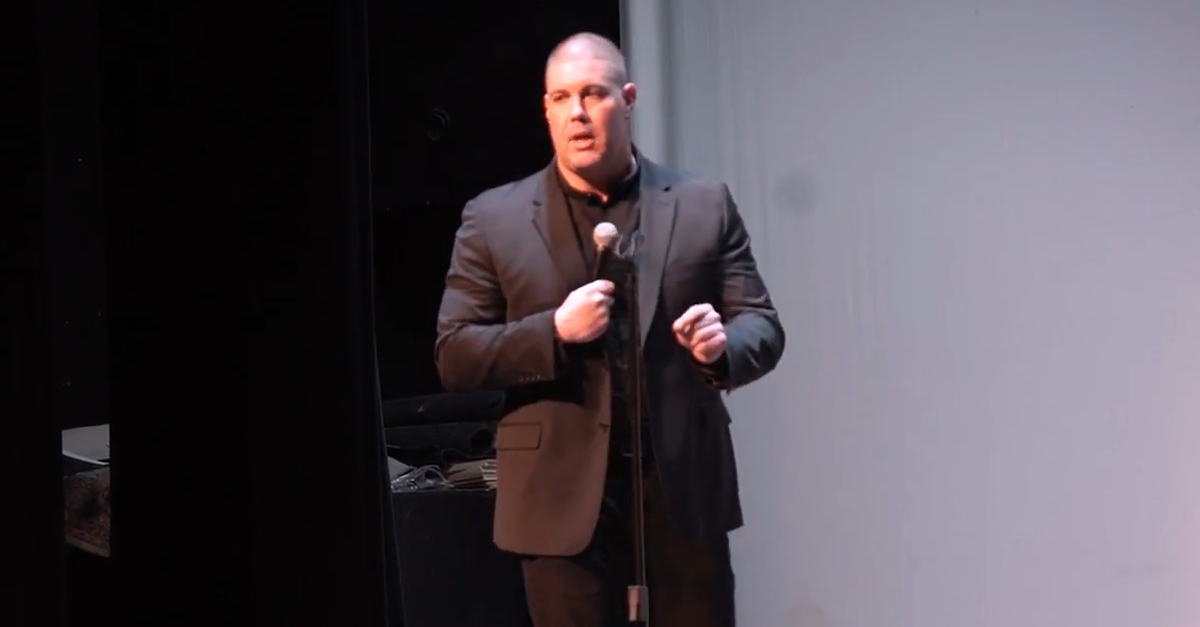 Confusion reigned when Vice President Mike Pence suddenly canceled a scheduled trip to New Hampshire a few weeks back. The White House and other government authorities didn’t explain it at the time. That’s reportedly changed. Plans were nixed because the VP would’ve ended up interacting at a scheduled event with Jeff Hatch, a former NFL offensive tackle who pleaded guilty on Friday in a federal drug case, according to Politico.

So now we know why Pence cancelled his NH trip: one of the recovery advocates to appear with the veep, former Giants OT Jeff Hatch, was going to be charged with distributing fentanyl: https://t.co/LT0L8GQCsx

Hatch, who had stints with the New York Giants, St. Louis Rams and Tampa Bay Buccaneers in the 2000s, was caught with 1,500 grams of fentanyl, prosecutors said. He allegedly picked up the drugs in Lawrence, Massachusetts for trafficking purposes. A law enforcement source in the Politico report said Hatch reached a cooperation deal with investigators: He’d help catch other drug dealers in return for a smaller sentence. The defendant faces up to four years in prison for using a phone to commit a crime.

For years, Hatch openly spoke about how he battled substance abuse, and became sober after his 2006 retirement. He had started taking painkillers after suffering a back injury in his rookie year, he said.

“I still remember the day I made the connection that if I took the amount of pain medicine it said on the bottle, the physical pain would subside,” he previously wrote. “But that if I took a few more – the emotional pain would subside too. Once I made that connection, I was off to the races. People say it’s a slippery slope, not for me. For me it was a cliff, and I jumped off.”

Hatch worked for Granite Recovery Center, but lost his job on Monday on account of the guilty plea.