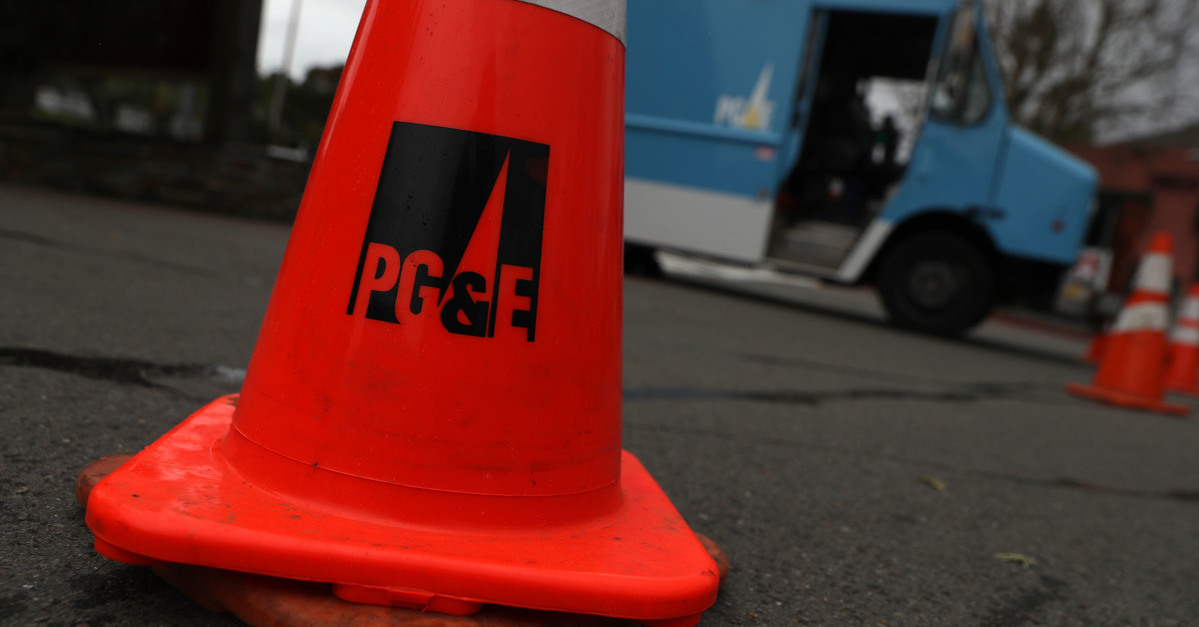 “The PG&E Blackout Con is all about threatening the judge in the PG&E bankruptcy case,” Greg Palast said in a press release. “The victims have joined with the bondholders to eliminate the equity of the stockholders who deserve nothing. So in desperation, the power company [is] turning off your lights. Hopefully, the judge will not be intimidated.”

Palast previously worked for energy regulators in 26 states and eight countries and also authored a United Nations guide on utility regulation and investigator of power companies.

The energy industry giant has come under intense scrutiny and criticism in recent weeks for their decision to enforce mandatory blackouts across large swathes of the Golden State. PG&E claims the blackouts are necessary in order to ensure their mismanaged power lines do not result in additional wildfires in California.

On Friday, PG&E CEO Bill Johnson told the California Public Utilities Commission (PUC) that the planned power outages–which disproportionately impact poorer communities and communities of color–should be anticipated for at least the next ten years.

“I didn’t mean to say we’d be doing it on this scale for 10 years,” Johnson said. “I think they’ll decrease in size and scope every year.”

Several hundred thousand Californian homes have already had their power cut off by PG&E and the company has admitted that it was not quite prepared for the unprecedented blackouts. In the wake of the decision, the utility’s communications systems failed and residents were doubly left in the dark. Local officials also cried foul.

“There were definitely missteps,” PUC Deputy Executive Director of Safety and Enforcement Policy Elizaveta Malashenko told the New York Times. “It’s pretty much safe in saying, this did not go well.”

“The scope, scale, complexity, and overall impact to people’s lives, businesses, and the economy of this action cannot be understated,” PUC President Marybel Batjer said in a public letter addressed to Johnson on Monday. “Failures in execution, combined with the magnitude of this power shutoff event, created an unacceptable situation that should never be repeated.”

Palast blasted the outages as a result of PG&E’s alleged venality–but also reserved some ire for the deregulation agendas pursued by liberal Democrats over the past few decades.

“Leaving hospitals, schools and 1 million homes without power — and that means without water — in California is the endgame of deregulation mania,” the former utilities investigator and current journalist said. “Jerry Brown, Bill Clinton and other deregulation snake-oil salesmen, and the PG&E greedster bosses, should be imprisoned for the people already burned to death.”

“Public utilities must be publicly owned,” Palast continued. “PG&E is a criminal enterprise parading as a power company. Shut them down — not us.”

PG&E faces both bankruptcy and criminal liability over their responsibility for several wildfires in recent years.

In December 2018, California Attorney General Xavier Becerra said the state-granted monopoly could be prosecuted on criminal charges–including murder–over the deaths of 86 people during the deadly Camp Fire in Butte County last year.

PG&E has long been on probation over their failure to adequately maintain power lines and transformers in California. Just days after Becerra raised the possibility of corporate murder charges, federal prosecutors said PG&E had likely violated their probation over the Camp Fire–and several additional wildfires attributed to the company’s negligence.

In January of this year, the energy behemoth controversially declared bankruptcy in a bid to insulate itself from massive damages almost certain to be incurred over its culpability for the destruction and deaths caused by the recent series of wildfires.