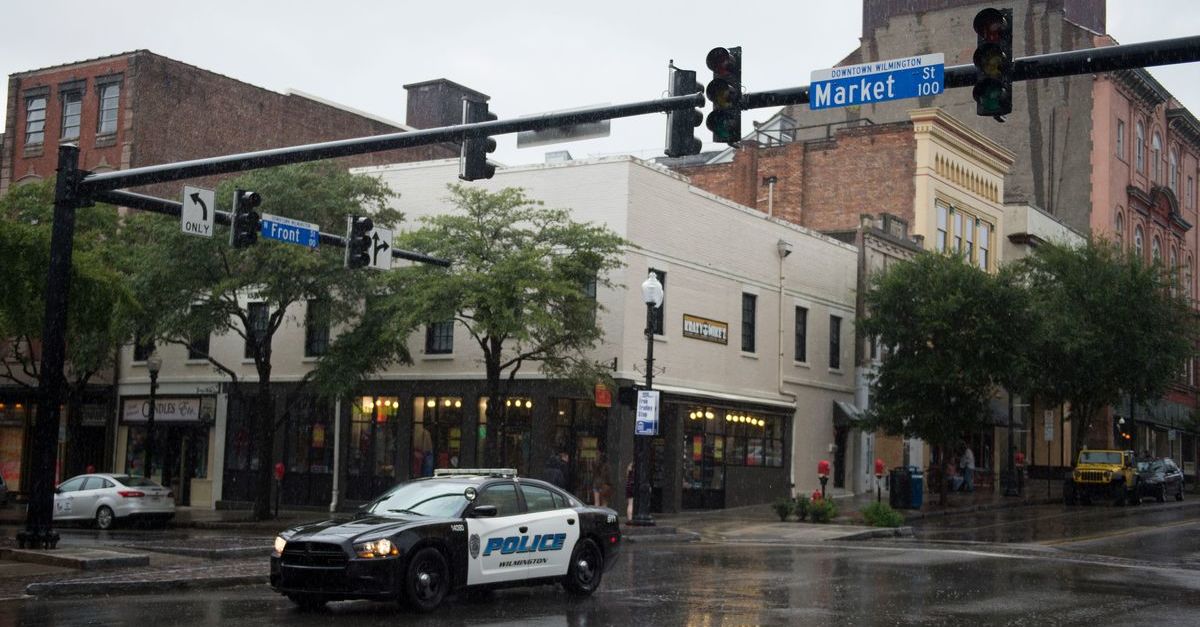 Eleven men–mostly military men–were physically attacked and/or sexually assaulted during late night bar crawls in Wilmington, North Carolina earlier this week. Authorities believe that each of the victims were likely attacked by the same assailant.

“Police have now identified four victims who may have been sexually assaulted,” officials said. “Seven of the victims were military personnel.”

Those seven men were active-duty members of the U.S. Army and the Marine Corps, according to a Wednesday Facebook post by the Wilmington Police Department (WPD).

“Investigators believe the assaults could have started as far back as January of 2018,” the post notes. “Police are now investigating at a total of eleven crimes against men that occurred in the downtown area near bar closing times.”

Authorities say they were initially frustrated by discrepancies between the police reports filed for what is now believed to be a series of assaults. The post continues:

Investigators say the challenge with investigating these assaults is that several of the initial reports came in listed as a misdemeanor crimes with limited information such as breaking and entering and larceny from a person. The date and time of the crimes was also sporadic. There was a four month lag time between some incidents, and crime scene locations and other details are limited due to the condition of the victims at the time the incidents happened.

“These reports were titled something else, which did not raise a flag for us back then,” Wilmington Police Chief Ralph Evangelous told the Wilmington Star News. “When we started looking and re-reading these things, that clearly tied these things together. What this guy is doing is clearly unusual, and that’s his signature.”

But there was at least one common thread among the victims that eventually clued authorities into the theory that they likely had a serial assaulter on their hands.

“The common thing about all 11 of these is a cognitive impairment where the victims don’t remember anything,” Evangelous continued.”All they remember is being in a bar and that they end up waking up the next day somewhere in the downtown area not remembering anything that happened.”

Each of the victims may have been drugged before the attacks.

“We don’t know,” Evangelous cautioned. “We know they’re drinking, and we know they’re drinking most of the night because it’s bar-closing. But, if they’re truly losing their memory, then that says to me that there’s some sort of other substance in their system. It could be date-rape (drugs).”

Police say they are “temporarily withholding the public copies of [the police] reports at this time” as part of “an effort to protect the integrity of this investigation and the safety of the victims in this case.”

“Police have increased patrols in the downtown area and have actively been working with state and federal partners to conduct this investigation,” the department said. “We are also encouraging individuals who drink in public establishments to please exercise caution, travel in groups, don’t leave drinks un-monitored, don’t drink and drive and never leave a bar with a stranger.”