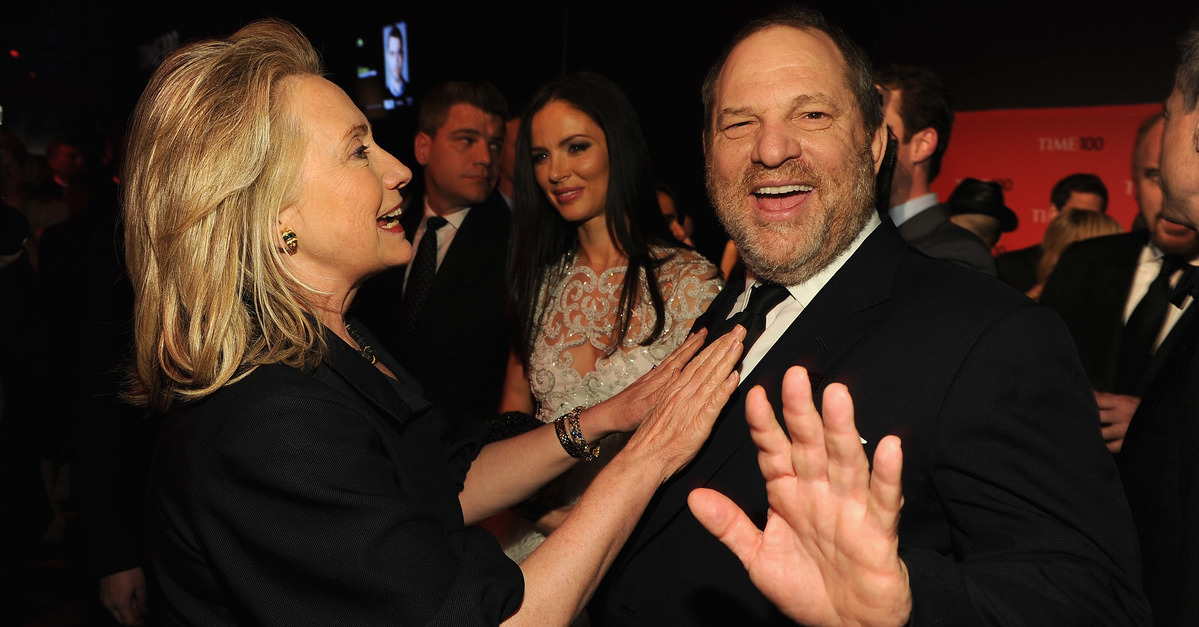 Associates and employees of former secretary of state and two-time failed presidential candidate Hillary Clinton reportedly tried to back out of a Ronan Farrow interview because Farrow was digging into the Harvey Weinstein story, according to an excerpt from a new book by the investigative journalist.

Per a report from the Hollywood Reporter:

Weinstein also attempted to leverage his long-term relationship with Hillary Clinton to pressure Farrow, he writes. In summer 2017, while Farrow was trying to lock down an interview with Clinton for his foreign policy book — while also still working on the Weinstein story — he received a call from Clinton’s publicist, Nick Merrill, who told him that the “big story” Farrow was working on was a “concern for us.” Then, in September 2017, according to an email cited in the book, Weinstein wrote to Deborah Turness, the ex-president of NBC News who now runs NBC News International, to propose a docuseries on Clinton. “Your Hillary doc series sounds absolutely stunning,” Turness responded.

“I genuinely respect Ronan’s work, but have no idea what Weinstein was saying to people to save himself,” he tweeted earlier this month. “What I do know is simple: I’d already rejected a Weinstein Co proposed doc about the election before talking to Ronan. If [Harvey Weinstein] misrepresented facts, it wouldn’t be the 1st time.”

Many on social media, however, noted that Merrill did not address the major Farrow claim that Clinton’s team had been concerned about the “big story” surrounding Weinstein’s alleged decades-long history of harassment, rape and sexual assault.

Clinton’s team eventually resigned themselves to a “brief phone interview” with the candidate–but apparently only after Farrow threatened to disclose the “weird conversation” he had with Merrill, the journalist said during that Tuesday morning discussion.

The intrepid investigative journalist summed up the move:

It was an example of how power protects power.

“Harvey Weinstein was one of Hillary Clinton’s big Hollywood bundlers,” Farrow continued. “He brought in a lot of money for her, they were friends, and it was a personal moment of gut punch to me, like so many of these plot twists in this book, where people that I thought would report that kind of reporting, actually were very leery of it.”

Farrow recently told an audience in Chicago that he feared for his safety due to his Weinstein investigation–due to the disgraced movie mogul hiring an Israeli firm to spy on him.

“I don’t make light of the fact that it was frightening to be in the crosshairs of that,” Farrow said. “I mean, there were times when I feared for my safety and, you know, my sources were telling me to get a gun and I moved out of my apartment.”

Weinstein’s trial on rape charges in New York City is scheduled to begin early next year.

[image via Busacca/Getty Images for TIME]