‘Undeniable Symbol’ of White Supremacy? Law Professors Duel Over the Meaning of the MAGA Hat 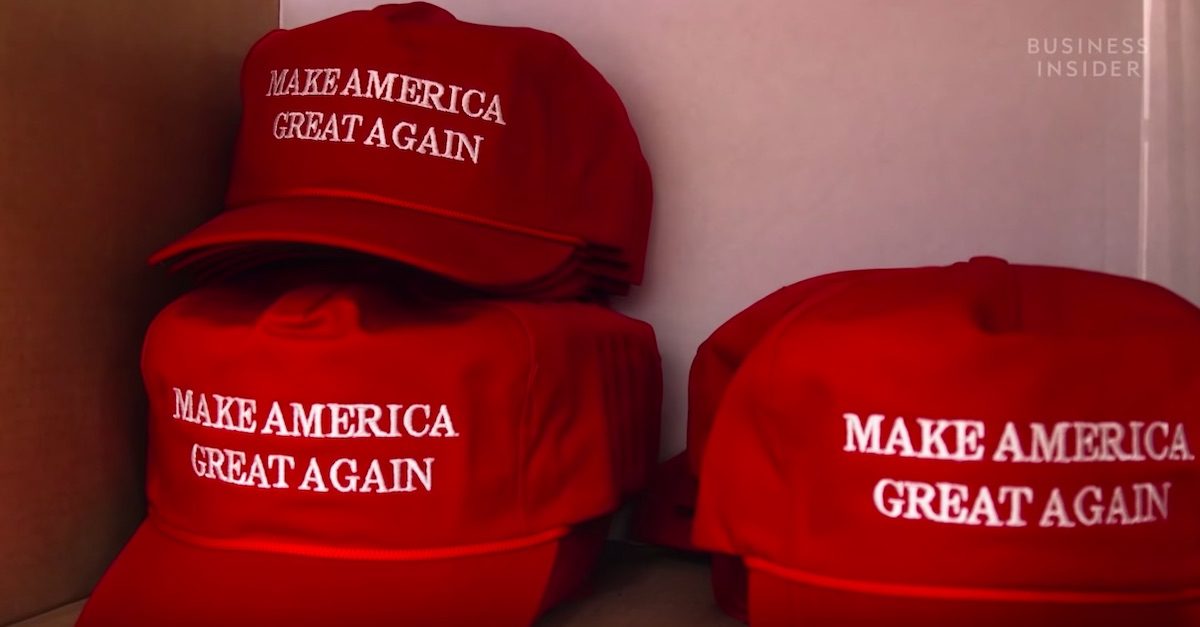 Two law professors find themselves at odds this week over the cultural significance of MAGA hats, the red headgear featuring the slogan “Make America Great Again” that is ubiquitous among President Donald Trump’s supporters.

Last week, Gonzaga University School of Law Visiting Law Professor Jeffrey Omari wrote a column in the ABA journal declaring his belief that MAGA hats have been co-opted by racists and now stand as an “undeniable symbol of white supremacy.”

“From my (progressive) perspective as a black man living in the increasingly polarized political climate that is America, MAGA is an undeniable symbol of white supremacy and hatred toward certain nonwhite groups,” Omari wrote. “For its supporters, MAGA indexes an effort to return to a time in American history when this country was “great” for some—particularly, propertied white men—but brutally exclusionary for others, most notably women and people of color.”

Omari then recounted a recent encounter with a student wearing a MAGA hat in one of his classes. He said he assumed the student was not directing a message of hate at him personally, and even told the student he liked his hat, but that he felt the “shiny red MAGA hat was like a siren spewing derogatory racial obscenities at me for the duration of the one hour and fifteen-minute class.”

Although the student did not explicitly provoke Omari, he said that in a professional setting such a classroom, there needed to be some kind of recourse available for him in such situations, writing, “Surely, there must be protocol when African-American professors—whose presence is scarce in most law schools—find their authority defiantly undermined by an insensitive student.”

On Tuesday, Jonathan Turley, a professor at the George Washington University Law School, wrote a response, criticizing Omari’s view as emblematic of the environment conservative students face on college campuses.

Turley, who says that he is happy to see students wearing political apparel because it shows that they are engaged, argued that Omari’s column “demonstrates the increasingly shrill environment faced by conservative students.”

According to Turley, MAGA hats are simply “the campaign symbol of Donald Trump and many support his policies,” and does not believe wearing the hat indicates support for returning “to a time of brutal suppression of women and people of color.”

He also called attention to Omari description of an exchange with the student. From the Omari column:

As my blood boiled inwardly, outwardly I remained calm. In an effort to assuage the perceived tension, I jokingly told the student, “I like your hat,” when he raised his hand to participate in class discussion. Without missing a beat, the student mockingly grinned from ear to ear and said, “Thank you.”

“It is interesting how Omari’s statement about ‘liking your hat’ was not mocking but the student’s student was mocking,” Turley responded. “It was also insulting to say that the fact of the other students were white means that it was “frivolous to rely on students to speak up on [his] behalf.” It was frivolous not because of race but because his point was frivolous.  The mere fact that some kids wears a MAGA hat does not mean that he is a racist or that he is trying to racially intimidate an African-American professor.”

Turley concluded by claiming that Omari’s assumption that MAGA hat wearers maintain racist beliefs is baseless and part of an anti-conservative bent at college campuses across the nation.

“This is part of the trend that we have discussed on campuses where speech is being curtailed as racist or microaggressive based on how it is perceived by others as opposed to how it is intended,” he wrote.