The U.S. government for the first time confirmed that a Russian-Ukrainian political operative with close ties to former Trump campaign chairman Paul Manafort was a “known Russian agent” who provided “sensitive” information from the campaign to Vladimir Putin’s intelligence services as part of the plot to sow chaos in the 2016 presidential election.

The Department of Treasury on Thursday sanctioned 16 individuals, including Konstantin Kilimnik, in connection with the Russian plot to interfere in the 2020 presidential election with the SolarWinds hack and other forms of election interference. 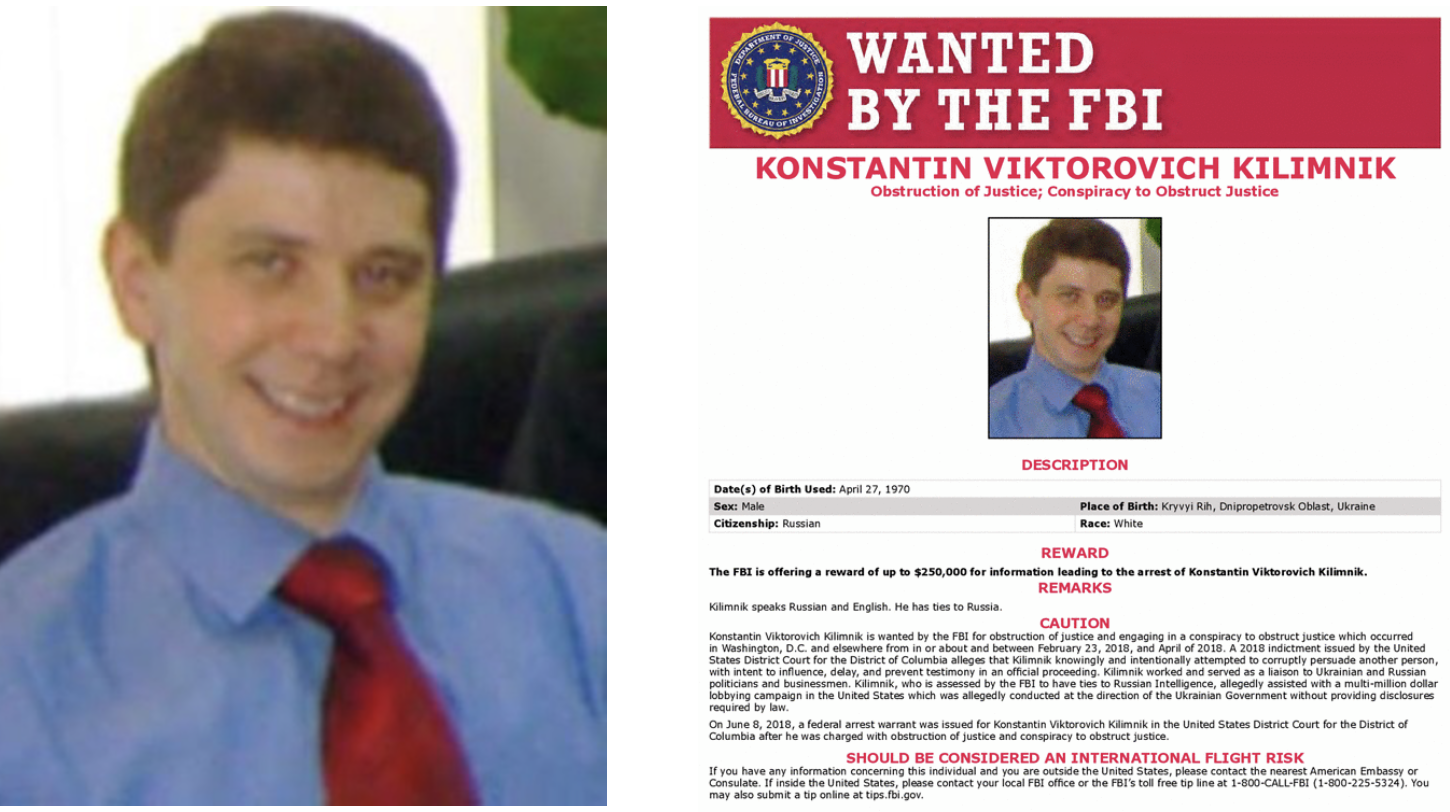 Kilimnik, who was indicted by former special counsel Robert Mueller in 2018 on obstruction of justice charges, was a “known Russian Intelligence Services agent implementing influence operations on their behalf,” according to the press release.

Reports on 2016 election interference from both Mueller’s team and the Senate Intelligence Committee alleged that Manafort had shared information from the Trump campaign with Kilimnik, including internal polling data, but neither report was able to conclude what had been done with that information. That missing link has since been filled, according to the U.S. Intelligence Community.

In August 2020, the Republican-led Senate panel confirmed that Manafort sought to give the data to Kilimnik, saying it posed a “grave counterintelligence threat” to the United States.

“The Committee found that Manafort’s presence on the Campaign and proximity to Trump created opportunities for Russian intelligence services to exert influence over, and acquire confidential information on, the Trump Campaign,” the report stated. “Taken as a whole, Manafort’s high-level access and willingness to share information with individuals closely affiliated with the Russian intelligence services, particularly Kilimnik and associates of Oleg Deripaska, represented a grave counterintelligence threat.”

The Treasury on Thursday also declared that Kilimnik was one of the people who pushed the conspiracy theory that it was Ukraine, not Russia, that interfered in the 2016 election and sought to “institute a plan that would return [former Ukrainian President Viktor] Yanukovych to power in Ukraine.”

The FBI has offered up to $250,000 for information leading to Kilimnik’s arrest.

“As a result of today’s designations, all property and interests in property of these targets that are subject to U.S. jurisdiction are blocked, and U.S. persons are generally prohibited from engaging in transactions with them,” the Treasury said. “Additionally, any entities 50 percent or more owned by one or more designated persons are also blocked. In addition, financial institutions and other persons that engage in certain transactions or activities with the sanctioned entities and individuals may expose themselves to secondary sanctions or be subject to an enforcement action.”