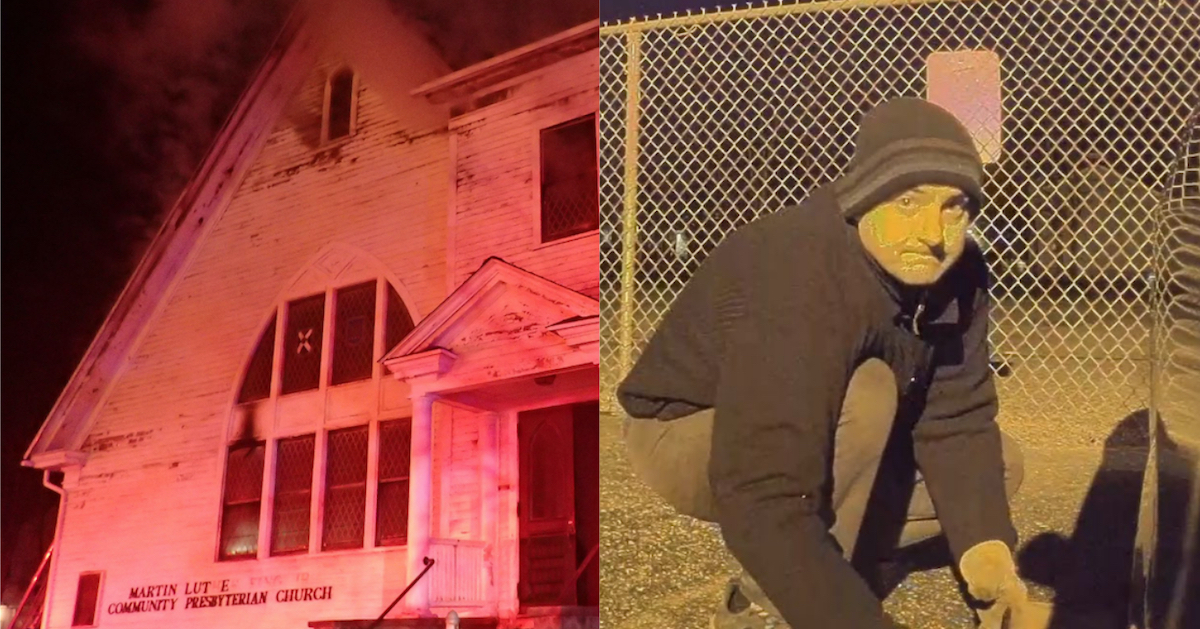 In the days before and after last Christmas, an apparent crime spree kept occurring in and around Martin Luther King, Jr. Community Presbyterian Church in Springfield, Mass., from tire slashing incidents in the surrounding area and acts of arson of varying sizes inside the house of worship. Then, on Dec. 28, the Black church was destroyed in a blaze.

On Thursday, federal prosecutors brought hate crime charges against the suspected perpetrator: Dushko Vulchev, a 44-year-old Maine resident whose Chevy Cruze kept popping up in surveillance footage and whose telephone allegedly was filled with racist bile, a picture of Adolf Hitler in an Adidas track suit, and a White Lives Matter mural.

The FBI says that it found this “White Lives Matter” mural in Vulchev’s phone.

An FBI agent’s extensive affidavit paints a portrait of a man consumed by hatred, with a rap sheet of domestic violence and an ambition to “Eliminate all N—-RS,” a racial slur he is seen using habitually in court papers, always in all caps. His simmering resentments manifested in a crime spree last December, authorities say.

“I need a gun to kill N—-RS,” Vulchev allegedly wrote in a Dec. 12 message to his ex-girlfriend, who became a government witness against him.

One day later, a small fire was reported at MLK Church and a car—whose driver was white—had its tires slashed at a pizza parlor roughly two miles away on Dec. 13th. Prosecutors claim that Vulchev was the perpetrator.

On Dec. 14, Vulchev allegedly slashed three tires in the church’s vicinity, and all three of the their drivers were Black. One of the vehicles, a Tesla, had a camera that allegedly caught the suspect on tape, and authorities included a still frame from it in the 24-page affidavit.

Two more fires at the MLK Church followed on Dec. 15, which authorities say the Springfield Police Department responded to and extinguished.

On Dec. 17, Vulchev allegedly told his ex-girlfriend “all of you are hypocrites because secretly you sponsor the N—-R muslims while you pretend to be white Christians.”

The next day, Vulchev followed up with another white supremacist and ungrammatical rant to the same woman, this time on Skype, authorities say.

“Please stop watching any N—-R sports and supporting any N—-RS music,” Vulchev allegedly seethed on Dec. 19. “Even if you listen to 1 song once in your car or anywhere else, then you are contaminating the whole planet with N—-R who eat more than me and who can gang u on me… If I am raped in prison it better be by white people instead of filthy and nasty N—-R, who are ugly and grotesk! [sic]… If its [sic] not white then its [sic] not right!”

The ex-girlfriend, whose name is shielded in court papers, is described as the victim of a series of Vulchev’s crimes in 2017, when he was convicted of obstructing reporting of a crime, theft, domestic violence, and criminal restraint by a Maine court.

Prosecutors say that the woman’s parents have a lifetime restraining order against Vulchev.

Vulchev allegedly continued sending the woman messages filled with the N-word through Dec. 26, when he expressed his desire to “Eliminate” them.

Two days later, the MLK Church burned. “The Springfield Fire Department “responded and extinguished the fire, but not before the MLK Church was essentially destroyed,” authorities say. 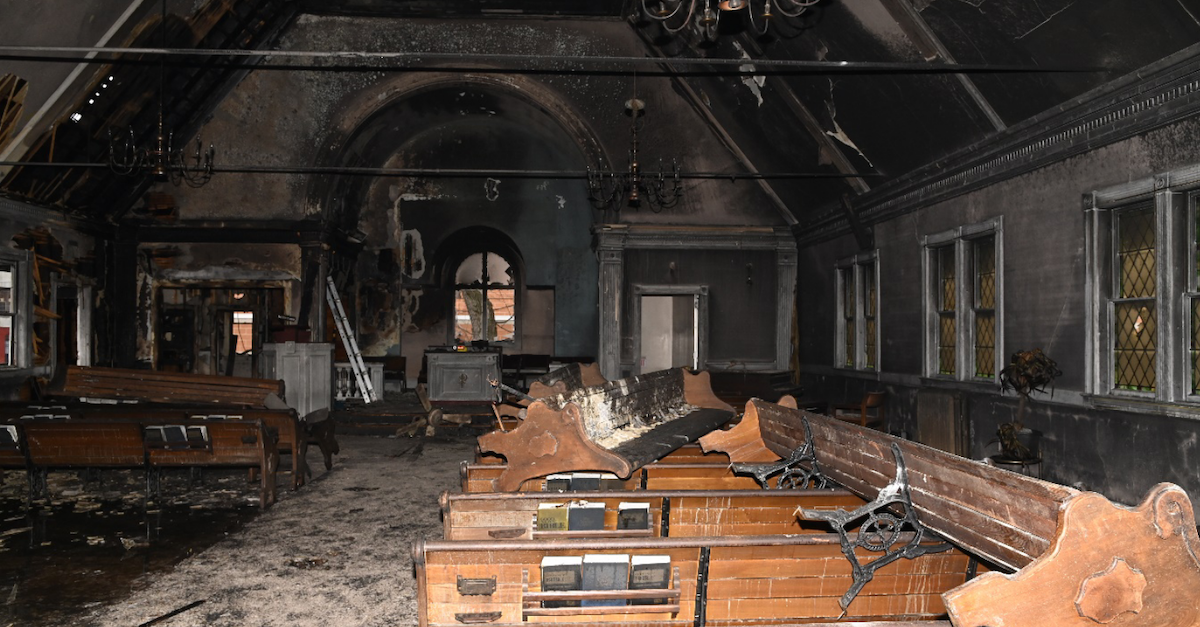 “My investigation has established probable cause to believe that Vulchev set the fire that destroyed the MLK Church on December 28, 2020, and also that he committed the vandalism and arsons that preceded it,” FBI agent Casey Anderson wrote in his affidavit.

Vulchev is charged with four counts of damage to religious property involving fire and one count of use of fire to commit a federal felony. The former statute carries a 20-year maximum sentence and the latter carries a 10-year maximum. He is in state custody awaiting a federal court appearance in Springfield.