U.S. Capitol Police Officer Who Died After Attack by Louis Farrakhan Follower Has Been Identified 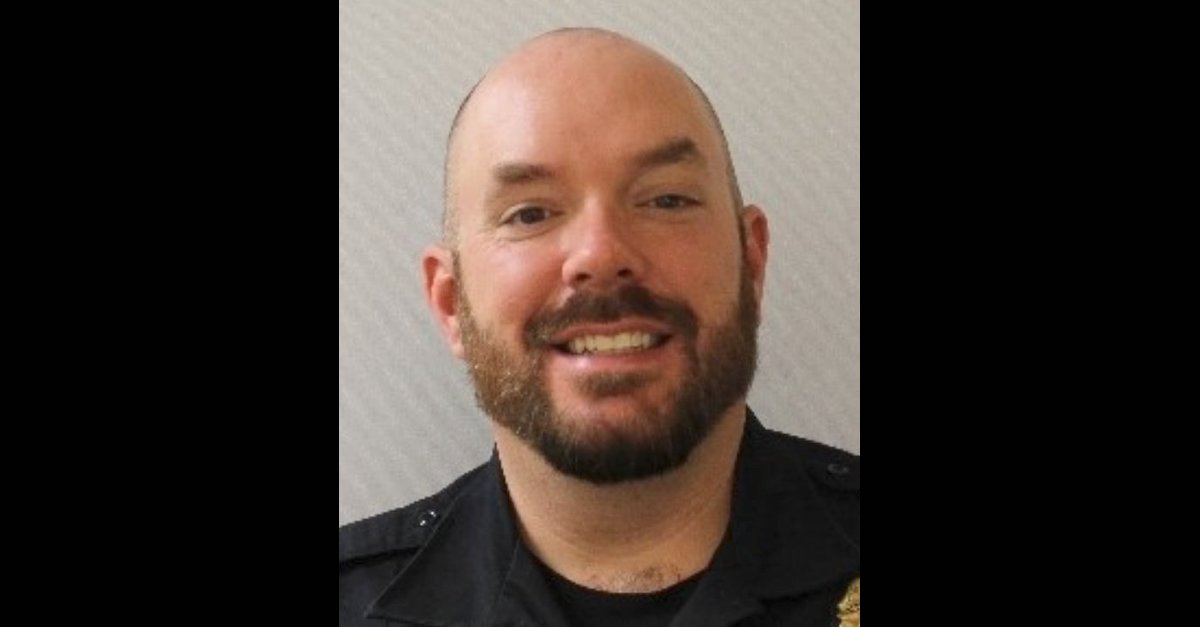 U.S. Capitol Police have identified William “Billy” Evans as the officer who died after a Friday incident involving a driver who crashed into two officers and a barricade.

“It is with profound sadness that I share the news of the passing of Officer William ‘Billy’ Evans this afternoon from injuries he sustained following an attack at the North Barricade by a lone assailant,” Acting U.S. Capitol Police Chief Yogananda Pittman said in a statement. “Officer Evans had been a member of the United States Capitol Police for 18 years. He began his USCP service on March 7, 2003, and was a member of the Capitol Division’s First Responder’s Unit. Please keep Officer Evans and his family in your thoughts and prayers.”

Earlier, the Capitol Police said a man driving a blue sedan struck two officers and rammed into a barricade around 1:00 p.m. The man “lunged” or ran “aggressively” toward officers while holding a knife, Pittman said in an earlier news conference. At least one officer opened fire when the man “did not respond to verbal commands.”

NBC News and Fox News both identified the suspect as Noah Green, 25, of Indiana, citing multiple “senior law enforcement officials briefed on the investigation” (per NBC). Green recently lived in or had ties to Virginia. His social media presence, as reviewed by Fox News law enforcement sources, by NBC News, and by Law&Crime, indicates he was a follower of Nation of Islam leader Louis Farrakhan.

UPDATE: The other USCP officer who was struck by the car is in stable and non-threatening condition.

The suspected died at about 1:30 on Friday afternoon, police said.

“As the members of the U.S. Capitol Police have demonstrated this year, they will give their all to defend the seat of our democracy. The Washington Field Office of the FBI is assisting the Metropolitan Police Department with their investigation of this tragic attack.” 2/2

The Washington, D.C. Metropolitan Police Department, which is taking over the investigation into what occurred, followed the announcement of the fallen officer’s identity with its own condolences.

Our hearts are heavy as we mourn the line of duty death of a @CapitolPolice officer during today’s tragic events at the US Capitol. The men and women of MPD offer our condolences, thoughts and prayers to USCP for their loss and to the officer’s family and friends.

Jill and I were heartbroken to learn of the violent attack at a security checkpoint on the U.S. Capitol grounds, which killed Officer William Evans of the U.S. Capitol Police, and left a fellow officer fighting for his life. We send our heartfelt condolences to Officer Evans’ family, and everyone grieving his loss. We know what a difficult time this has been for the Capitol, everyone who works there, and those who protect it.

I have been receiving ongoing briefings from my Homeland Security Advisor, and will be getting further updates as the investigation proceeds.

I want to express the nation’s gratitude to the Capitol Police, the National Guard Immediate Response Force, and others who quickly responded to this attack. As we mourn the loss of yet another courageous Capitol Police officer, I have ordered that the White House flags be lowered to half-staff.

Lawmakers from both sides of the aisle also released statements.

We're in their debt

We thank the Capitol Police, National Guard, & first responders for all they do to protect the Capitol and those inside

I am heartbroken that Officer Evans was killed today in the line of duty. On this Good Friday, let's all pray for healing for the surviving officer, comfort for Officer Evans’s family, and for all the officers and families of the United States Capitol Police.

America’s heart has been broken by the tragic & heroic death of one of our U.S. Capitol Police heroes: Officer William Evans. He is a martyr for our democracy. May it be a comfort to his family that so many mourn with them & pray for them at this sad time. https://t.co/CVKmYpgDvv

The loss of Officer Billy Evans is tragic and heartbreaking.
His heroic actions helped protect the Capitol and saved many lives. He will always be remembered and should be honored.

On this Good Friday, the nation prays for Officer Evans’ family.

Please join us in praying for America’s brave @CapitolPolice and their families.

Today—and every day—we are grateful for their service and sacrifice.

Our deepest condolences are with the @CapitolPolice and the loved ones of Officer William "Billy" Evans, who was killed defending the Capitol today.

We are grateful for the brave men and women who put their lives on the line today and every day to keep us safe. pic.twitter.com/KI4iEMEwhK

We cannot imagine what Capitol Police officers have gone through these past couple of months.

They make so many sacrifices to keep us safe—for which we are eternally grateful.

Our thoughts are with the officers who were injured, the deceased & their families.

We are with you. https://t.co/u1tVFqPpAa

My deepest condolences go out to the family and friends of Capitol Police officer William "Billy" Evans, who lost his life today while protecting our democracy. I’m also praying for a speedy recovery for the injured officer and keeping all the Capitol staff in my heart.

Heartbreaking. Procession for #Capitol Police Officer who was killed hours ago passes nearby attack scene with colleagues saluting.

Officer has been identified as William Billy Evans. RIP pic.twitter.com/gpq8xzGEZQ

The tragic loss of Officer William “Billy” Evans is yet another reminder of the sacrifices USCP make every day to keep our nation’s Capitol and those who work there safe. Gayle and I are praying for his family, friends and colleagues as they mourn this heartbreaking loss.

A Facebook page attributed to reported suspect Noah Green spoke of the Book of Revelation and of former Nation of Islam leader Elijah Muhammad. One post said a “mother wheel,” a UFO or spaceship important to Nation of Islam beliefs, was “present here in America.”

“The Minister is here to save me and the rest of humanity, even if it means facing death,” reads a March 17 post on a Facebook profile attributed to Green.

The page disappeared shortly after the events in Washington, D.C. unfolded.  Law&Crime reviewed some of the content on the page before it disappeared.

Earlier, at 1:51 a.m. on March 17, the posts indicated that Green had been having a difficult time.

The posts said Green had obtained “a well paying job straight out of college” and had “pursued a graduate degree . . . despite not growing up in the best of circumstances.”  They said his career goals were to help “communities of [B]lack and brown here in the United States.”

“There is much confusion in this day and age in my perspective,” he continued. “The ongoing COVID crisis, unemployment, rising National Debt, division within the political sphere, rumors of war and the like. But one thing I’m assured everyone can lean on, as I’ve leaned on, is faith in the Honorable Minister Louis Farrakhan as the man who can carry us through the dark hour.”

“I am unsure if I’ll ever be afforded that opportunity, but I wanted to write this note for two purposes: to give everyone an update, and in hopes that the note may somehow reach the Minister,” it said in its conclusion. “I encourage everyone to study this man and his teacher, the exalted Christ, The Honorable Elijah Muhammad. Please repost and share.”

He signed the note “[p]eace and blessings” from “Brother Noah X.”

The Southern Poverty Law Center considers the Nation of Islam a hate group which promulgates a “theology of innate black superiority over whites” and “deeply racist, antisemitic and anti-LGBT rhetoric.” In sum, the SPLC said the organization and “its leaders have earned . . . a prominent position in the ranks of organized hate.”  Neither the Nation of Islam or Farrakhan have tweeted about the Washington, D.C. incident.

[Editor’s note:  this piece has been updated to contain additional detail about the reported suspect.]