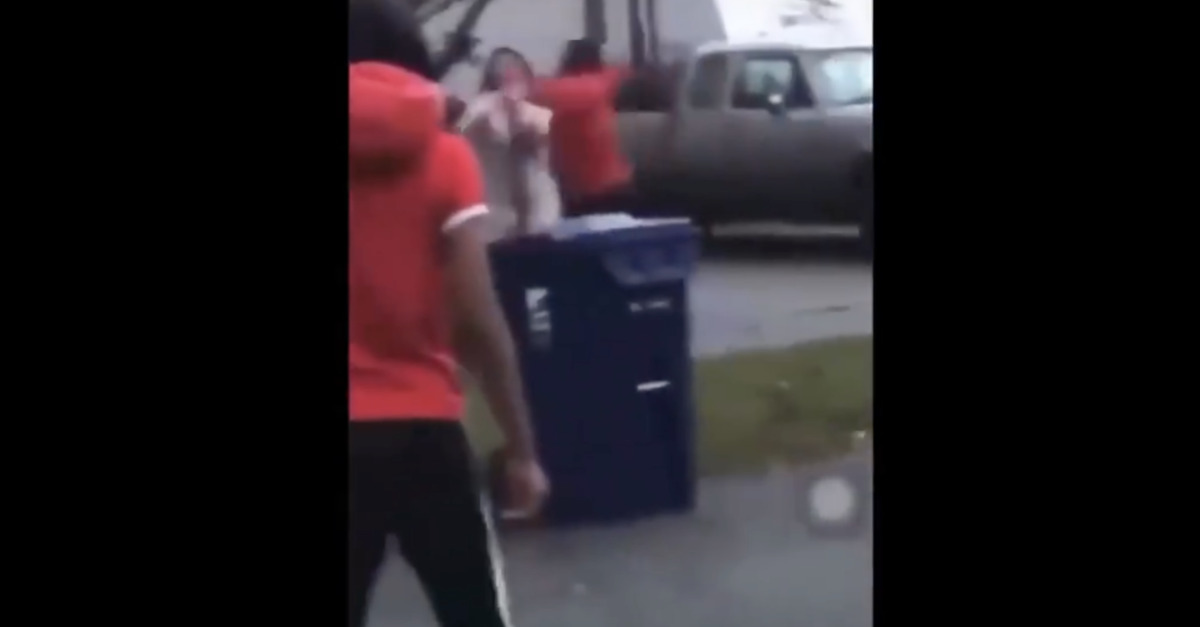 Several months after the fact, police are now investigating a possible hate crime after a video of the attack recently went viral. The video shows an Asian man being brutally attacked while his wife is cruelly taunted on the streets of Tacoma, Washington.

The video gained traction on social media this week but the incident itself occurred in late November 2020.

“I just don’t understand why I was attacked,” the Korean victim told local CBS affiliate KIRO.

Asked by KIRO reporter Kevin Ko whether he thought he was attacked for being Asian, the victim said: “I have to think so. I’m Asian. I’m older. And I’m not that big.”

The man added that he preferred to remain anonymous because it isn’t just about him. He said it was about the entire Asian community.

According to the man, he and his wife were walking near their apartment when they were accosted by a group of teenagers who began bumping into them and jostling them. At first, he thought they were just playing among themselves and asked if they were “okay.” Then the attack began.

First he was tripped. When he got back up, the attack progressed.

“A fist came flying in, hit me right here, and I started bleeding,” he told the outlet—motioning to his right temple/forehead region.

One of the assailants in the video can be heard saying “gotcha” as the couple struggles.

The man said he called police on the day in question and filed a police report. But that November 19 contact was the last time anyone in his family ever heard from the authorities, he said.

“Does this not matter?” he asked rhetorically. “That’s how I took it.”

The man and his family, citing concerns for their safety and the department’s response to the incident, eventually packed up and left Tacoma. But after the video went viral–apparently due to one of the attackers posting the footage on Snapchat—the man decided to speak out.

According to the Tacoma Police Department, they didn’t have much to investigate until the video was released and are now actively investigating the incident. Police also said they reached out to the family after being being contacted by KIRO.

But the department says it is still very much in the dark.

According to local Fox affiliate KCPQ, police still don’t have a copy of the video and have only seen it on social media.

The original police report didn’t account for racial motivation; police only began investigating the attack as a hate crime after the couple’s daughter came forward this week because she saw the video on social media and recognized her parents, local ABC affiliate KOMO news notes.

“I still don’t understand,” the Tacoma victim said. “This changed my life.”

America has been forced to reckon with a rising number of alleged anti-Asian hate crimes amid the COVID-19 pandemic. National attention to the crisis came to a head last month after a man killed several Asian employees at three separate spas in the Atlanta, Georgia metro area.

Many commentators have cited the former Trump administration’s embrace of nativist rhetoric regarding the alleged origins of the COVID-19 and explicitly racist phrases like “Kung flu” used by the 45th president himself as partly responsible.

“We could see it coming with Trump’s usage of the terms “China virus”, “Wuhan virus” and “Kung flu.”” https://t.co/j9bemHbtRD

Notably, however, while Trump’s use of phrases like “Wuhan virus” and “Chinese virus” were eventually condemned, they were also initially used by mainstream media outlets like The New York Times, Reuters, NPR and CNN.

Others have blamed the Biden administration’s current efforts to cast the People’s Republic of China as something of an international foe as responsible for the uptick in hate crimes and violence against Asians—noting that this is a narrative often advanced by western media.

Others have noted that anti-Asian bigotry has been more or less a constant throughout U.S. history.