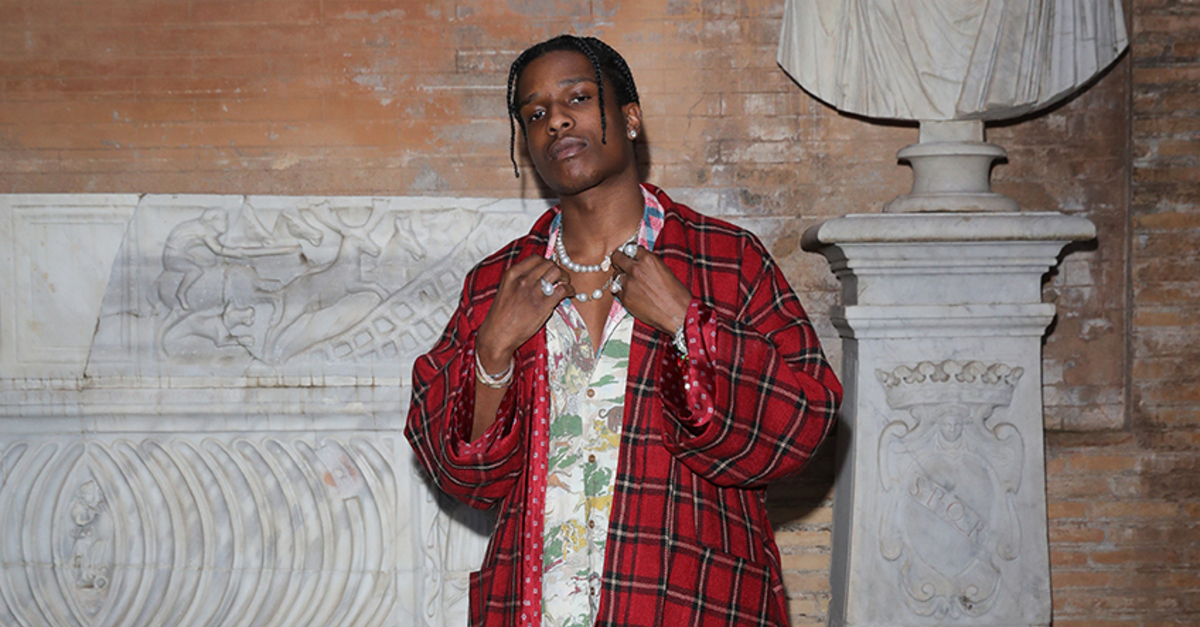 Give A$AP Rocky his FREEDOM. We do so much for Sweden but it doesn’t seem to work the other way around. Sweden should focus on its real crime problem! #FreeRocky

After spending the month of July in a Swedish jail (and after Trump’s pleas to #FreeRocky), American Rapper A$AP Rocky pleaded not guilty to assault charges on Tuesday.

The 30-year-old rapper, whose real name is Rakim Mayers, was arrested on 3 July along with three other people following the fight in Stockholm on 30 Junehttps://t.co/Dbr23ruGvM

A$AP Rocky, whose real name is Rakim Mayers, was charged with assault following a violent confrontation in Stockholm in late June. The 30-year-old rapper has been in custody since early July, awaiting prosecutors’ decision on what, if any, criminal charges were appropriate. During Mayers’ detention, celebrities of all stripes turned out to support him.

Now that the case has progressed to trial, it’s apparent that court documents tell a markedly different story from President Donald Trump’s narrative of A$AP Rocky-as-victim. Swedish prosecutors allege that Mayers and two other suspects, “deliberately, together and in agreement” attacked 19-year-old Mustafa Jafari in a fight in central Stockholm on June 30. According to the 500+ pages of court documents, Mayers and his cohorts used a bottle to beat and kick the victim while he was on the ground. The prosecution’s case also includes numerous photos of Jafari’s cuts, bruises and bloodstained clothes, as well as video footage showing Mayers throwing a young man to the ground.

They said 19-year-old Mustafa Jafari and a friend had gotten into an argument with the rapper and one of his bodyguards beforehand near a fast-foot restaurant.

Jafari’s lawyer, Magnus Stromberg, told The Associated Press that his client had not provoked the alleged assault, and that the incident started when one of A$AP Rocky’s guards “grabbed [Jafari] by the neck and dragged him away.” The prosecution is asking for approximately $14,000 in damages to compensate Mayers’ victim for the ordeal.

Apart from ensuring Mayers’ swift and relatively private trial, shielded from some of the media frenzy, all indications are that Mayers’s case is progressing normally through the Swedish criminal justice system. If convicted, Mayers faces up to two years imprisonment; however, in Sweden, as in the U.S., the majority of those convicted are likely to serve only a portion of the potential sentence. Further, Swedish authorities have reportedly said they do not plan on seeking the maximum penalty.

That’s not to say that there are no differences between the legal systems of the two countries; one big difference lies in the systems of pretrial detention.  Sweden does not have a bail system— a detail that one might imagine our commander-in-chief had been briefed on before taking to Twitter and heralded his aggressive negotiations with the Swedish prime minister.

Just had a very good call with @SwedishPM Stefan Löfven who assured me that American citizen A$AP Rocky will be treated fairly. Likewise, I assured him that A$AP was not a flight risk and offered to personally vouch for his bail, or an alternative….

Mayers’ mother, Renee Black, attended the trial, and was quoted by Swedish media saying, “This is a nightmare,” when court broke for lunch. Mayers’ trial is scheduled to continue Thursday and Friday.