‘I Just Heard Shooting, So I Just Ran’: Two Dead and Two Wounded in Walmart Shooting 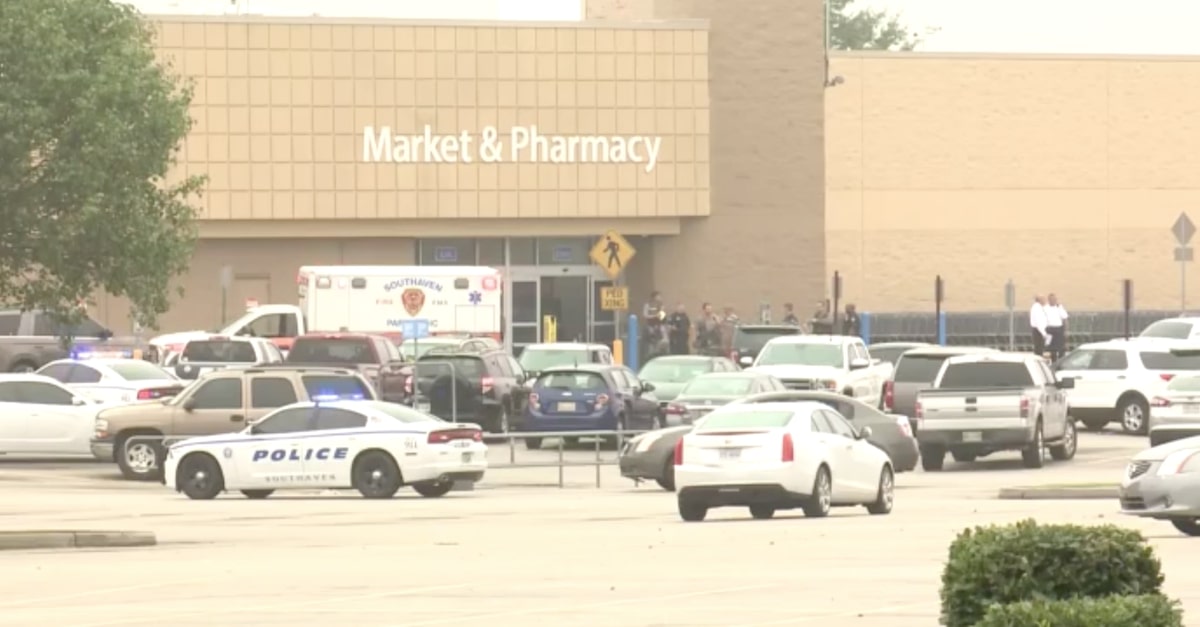 Two people are dead and two are wounded following a shooting at a Walmart in Southaven, Mississippi on Tuesday.

According to early reporting from WREG, it appears the shooter was a disgruntled Walmart employee. The gunman allegedly fatally shot two people working at the Walmart before the police arrived. The shooter, whose name has not yet been released, then engaged officers in a shootout, hitting one in his bulletproof vest before being taken down.

The wounded officer is expected to be okay according to Deborah Rosenberg, a 911 administrator. The alleged shooter, however, was taken to the Regional Medical Center with two bullet wounds. His condition is unknown. The Walmart employee was suspended from work on Monday for allegedly pulling a knife on a customer. He appears to have returned on Tuesday and opened fire on his former co-workers.

HAPPENING RIGHT NOW: 2 walmart workers are being transported from the scene of a double deadly shooting. @3onyourside pic.twitter.com/aPwQFmeMVI

“By the time I was walking out the building all of the employees just ran past me and I just heard shooting, so I just ran with the crowd,” said Walmart customer Carlito Odom.

Another employee claimed that she saw her boss get shot by the suspect and that he turned to her, telling her that she was going to be next. Luckily, she was able to run from the suspect and hide until the police arrived.

As of now, details are scant, but the Southaven Police Department was expected to hold a press conference on Tuesday.