Trump Tells Sen. Graham to Demand Obama’s Testimony on ‘the Biggest Political Crime’ of All Time: ‘Just Do It’ 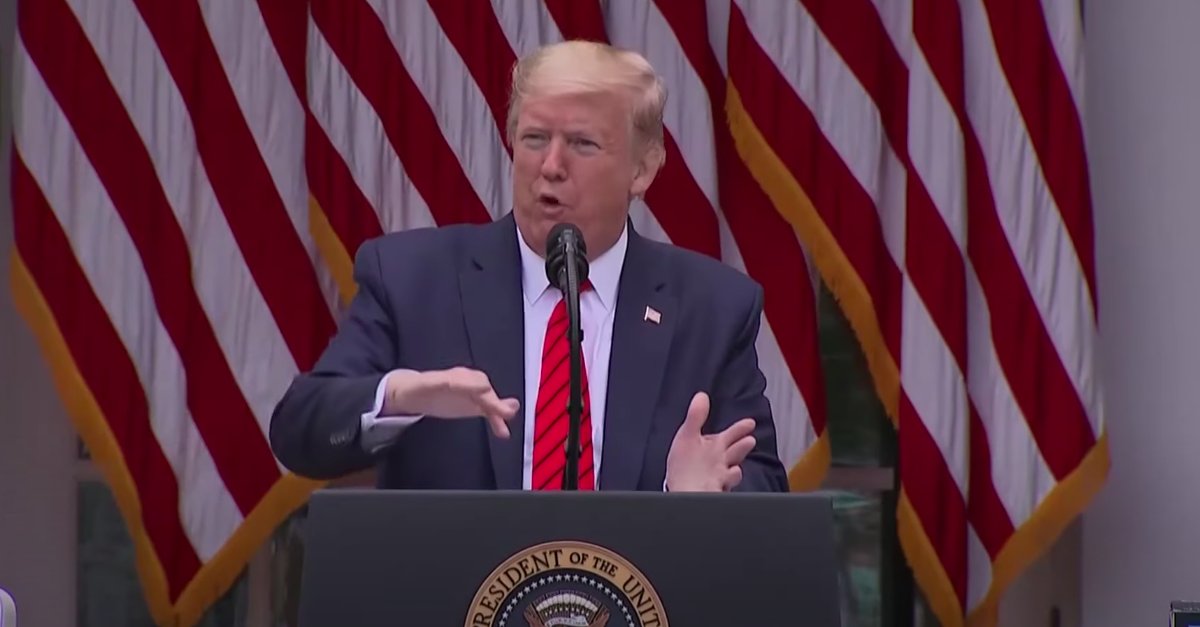 “If I were a Senator or Congressman, the first person I would call to testify about the biggest political crime and scandal in the history of the USA, by FAR, is former President Obama,” Trump wrote on Twitter. “He knew EVERYTHING. Do it [Lindsey Graham], just do it. No more Mr. Nice Guy. No more talk!”

If I were a Senator or Congressman, the first person I would call to testify about the biggest political crime and scandal in the history of the USA, by FAR, is former President Obama. He knew EVERYTHING. Do it @LindseyGrahamSC, just do it. No more Mr. Nice Guy. No more talk!

The president’s recent campaign to malign his predecessor appears to be part of a larger strategy by Trump and his allies to shift the media narrative by promoting surge of conspiracy theories and fallacies pertaining to the Russia investigation and selling it all under one nebulous criminal conspiracy umbrella dubbed “Obamagate.” The buzz about top Obama administration officials “unmasking” Michael Flynn has added fuel to the fire.

But while the narrative has taken hold with Trump’s most ardent supporters and several conservative news outlets, congressional Republicans, including Sen. Graham who is heading up an investigation into the origins of the Russia probe, have been reticent to heed the call to investigate Obama.

Earlier this week, Graham said he thought the president had “a real good reason to be upset with the Obama people,” promising his panel planned to call several senior members of the Obama administration such as former FBI Director James Comey and former Acting Attorney General Sally Yates. However, he also said that he was “not anticipating calling President Obama.”

Trump unleashed “Obamagate” on the world during Sunday’s 126-tweet barrage during which he referred to the moniker several times, describing it as the “biggest political crime in American history.”

The biggest political crime in American history, by far! https://t.co/m5nPdUHt4u

When the Washington Post’s Philip Rucker asked Trump on Monday to explain exactly what crime he was accusing Obama of committing, the president responded, “Obamagate. it’s been going on for a long time.”

“It’s a disgrace that it happened. And if you look at what’s gone on and if you look at now all of this information that’s being released, and from what I understand that’s only the beginning, some terrible things happened,” Trump said.

When pressed by Rucker to state the specific crime Obama committed, the pugnacious Trump went after Rucker and the Post.

“You know what the crime is, the crime is very obvious to everybody. All you have to do is read the newspapers—except yours,” Trump responded. “You’ll be seeing what’s going on in the coming weeks,” he said, adding, “I wish you’d write honestly about it.”