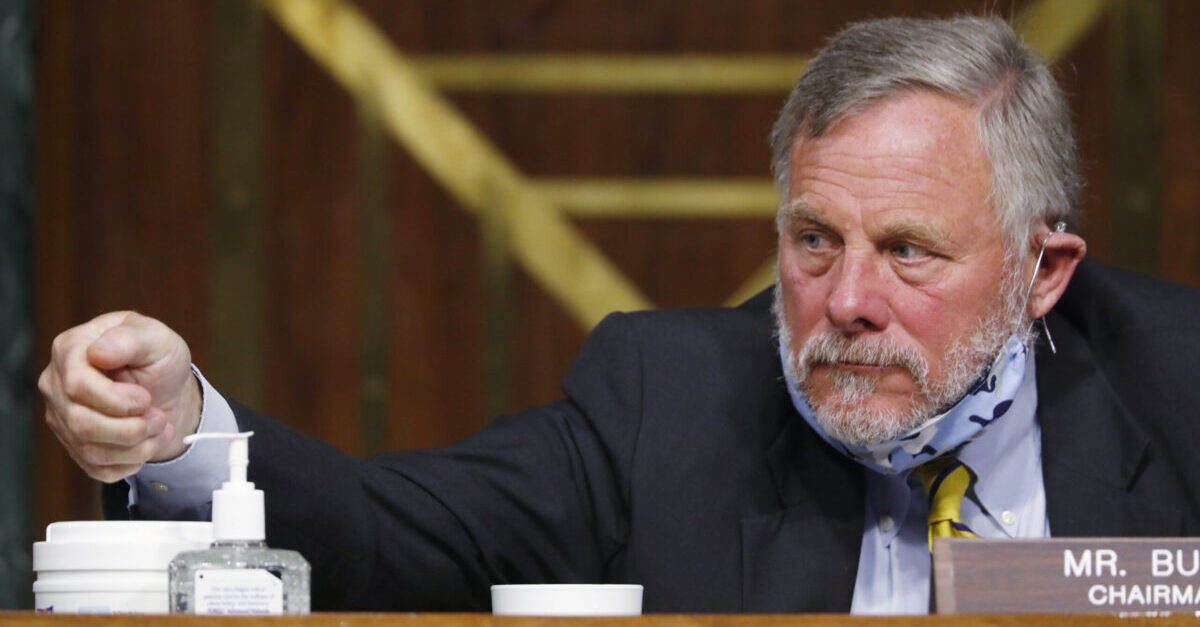 Sen. Richard Burr (R-N.C.) is stepping down from his role as chairman of the Senate Intelligence Committee amid a Justice Department investigation into stock trades which occurred shortly before the financial markets tanked due to the spread of the novel coronavirus.

“Senator Burr contacted me this morning to inform me of his decision to step aside as Chairman of the Intelligence Committee during the pendency of the investigation,” said Senate Majority Leader Mitch McConnell (R-Ky.).  “We agreed that this decision would be in the best interests of the committee and will be effective at the end of the day tomorrow.”

FBI agents on Wednesday seized a cell phone owned by Burr. That’s according to widely cited reporting by the Los Angeles Times, which sourced its statements to anonymous law enforcement officials.

The seizure came pursuant to a warrant, the L.A. Times and others reported, which was served at Burr’s home in the Washington, D.C. area.  Burr turned his phone over pursuant to the warrant.

“To obtain a search warrant, federal agents and prosecutors must persuade a judge they have probable cause to believe a crime has been committed,” the L.A. Times noted.  “The law enforcement official said the Justice Department is examining Burr’s communications with his broker.”

Burr is a serious target.  “Such a warrant being served on a sitting U.S. senator would require approval from the highest ranks of the Justice Department and is a step that would not be taken lightly,” the L.A. Times added.

The Senate Intelligence Committee under Burr was preparing to release, according to Burr’s own press statements, a fifth and final report into Russian interference with the 2016 election.  The ultimate conclusion, the bipartisan intelligence committee found, was that “Russia conducted an unprecedented, multi-faceted campaign to interfere with the 2016 U.S. presidential election.”

Here is part of Burr’s April 21 statement on that matter:

The ICA [Intelligence Community Assessment] reflects strong tradecraft, sound analytical reasoning, and proper justification of disagreement in the one analytical line where it occurred.

One of the ICA’s most important conclusions was that Russia’s aggressive interference efforts should be considered ‘the new normal.’ That warning has been borne out by the events of the last three years, as Russia and its imitators increasingly use information warfare to sow societal chaos and discord. With the 2020 presidential election approaching, it’s more important than ever that we remain vigilant against the threat of interference from hostile foreign actors.

Editor’s note:  this piece began as a breaking news report; it has since been updated.
[Image via Andrew Harnik-Pool/Getty Images.]