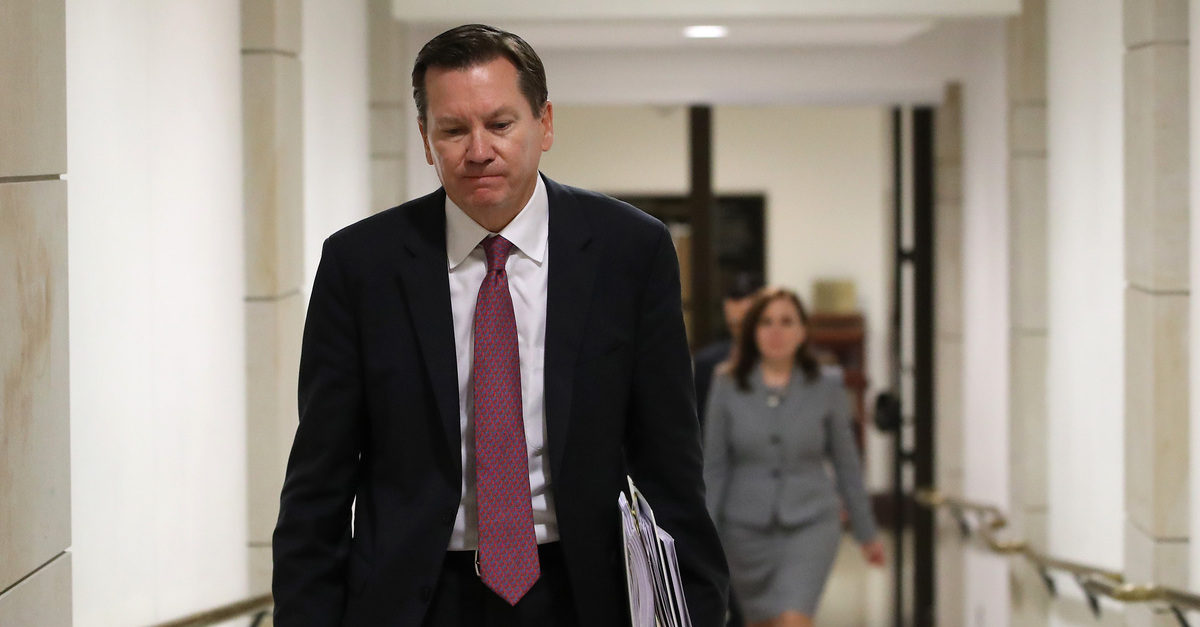 Interesting time for the president to send several inspector general nominees to the Senate for consideration pic.twitter.com/rNCfTKDReL

Trump unceremoniously dismissed Atkinson on Friday evening, notifying the Senate and House Intelligence Committees via letter of his decision.

“This is to advise that I am exercising my power as president to remove from office the inspector general of the intelligence community, effective 30 days from today,” Trump wrote. “It is extremely important that we promote the economy, efficiency, and effectiveness of Federal programs and activities. The Inspectors General have a critical role in the achievement of these goals.”

Trump said that he no longer had confidence in Atkinson, who was immediately placed on administrative leave.

Lawmakers from both parties denounced the “dead of night” firing as retaliation against Atkinson for informing the intelligence committees about the whistleblower complaint, calling it an abuse of power.

“Inspector General Atkinson is known throughout the Inspector General community for his integrity, professionalism, and commitment to the rule of law and independent oversight,” chair of the Council of the Inspectors General on Integrity and Efficiency Michael Horowitz wrote in a rare rebuke of the president. “That includes his actions in handling the Ukraine whistleblower complaint, which the then Acting Director of National Intelligence stated in congressional testimony was done ‘by the book’ and consistent with the law.”

Miller is an attorney who currently serves as Special Assistant to the President and Senior Associate Counsel in the Office of White House Counsel.

Thompson is a white collar criminal defense attorney and former federal prosecutor who previously served with the National Security Agency.

Crytzer, the Acting Deputy Assistant Attorney General at the Department of Justice’s Office of Legal Policy was previously an Assistant U.S. Attorney for the Eastern District of Kentucky.

De Mello currently serves as a Trial Attorney for the Tax Division at the Department of Justice where he manages all aspects of complex, affirmative, and defensive litigation in United States District and Bankruptcy courts.

All five nominees require a majority vote in the Senate to be confirmed. Republicans control the Senate.