Trump-Appointed Judge: ‘If We Want to Stop Mass Shootings, We Should Stop Punishing Police Officers’ 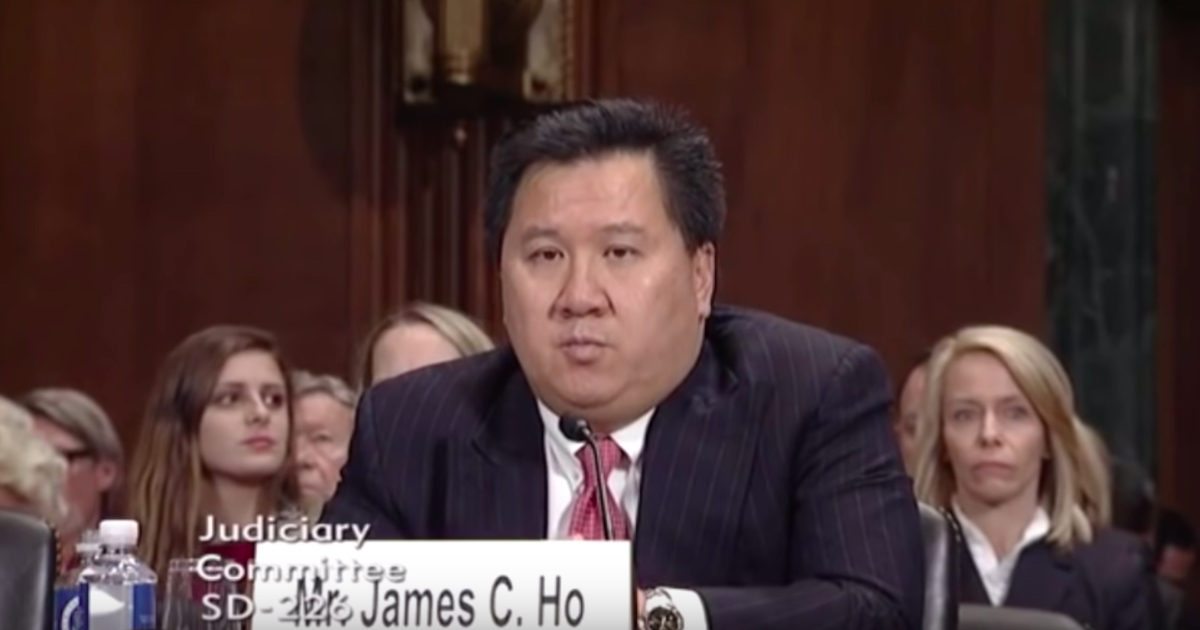 After a federal court declined to rehear a case involving the police shooting of an innocent young black man on Monday, a judge appointed by President Donald Trump issued a striking dissent, suggesting that punishing police officers who kill innocent civilians will result in more mass shootings.

“If we want to stop mass shootings, we should stop punishing police officers who put their lives on the line to prevent them,” Judge James C. Ho wrote.

Ho was dissenting from the Fifth Circuit’s majority decision not to rehear an earlier ruling from the Court’s three-judge panel, which last year found that the officers involved in the shooting of an unarmed black man were not entitled qualified immunity in a wrongful death lawsuit brought by his family.

Gabriel Winzer, 25, was killed in 2013 when Kaufman County police deputies responded to a 911 call about a man on foot wearing a brown shirt and shooting a gun. They mistook the Winzer for the culprit and opened fire, hitting him four times in the chest, shoulder, and back. Winzer, who was mentally impaired and carrying a toy cap gun in his pocket, was wearing a blue jacket and riding his bicycle approximately 100-150 yards away from officers who discharged a total of 29 rounds. The officers then converged, deployed a Taser and handcuffed Winzer and his father before paramedics declared him dead at the scene. According to the panel’s ruling, there was “no evidence that any real firearm was ever found in Gabriel’s possession or anywhere in his path.”

Winzer’s family alleged that in a lawsuit and the sheriff’s office confirmed a real gun was not found:

“All Gabriel was doing at the time of his death, at the time these officers shot him he was on his bicycle,” said family attorney Daryl Washington.

In their sworn statements, all five officers said they saw a gun and one said it was fired.

The lawsuit claims Winzer was carrying a bright orange toy gun sometime before officers encountered him, but it also says a real gun was never found. FOX4 confirmed that fact with the Kaufman County Sheriff.

According to Judge Ho’s dissent, however, these officers should not only be immune from liability, they should be considered heroes for stopping Winzer simply because “nothing in the record suggests who else (if not Winzer) might have been the shooter who terrorized the innocent citizens of Kaufman County that day.”

He focused on weapons found in the Winzer home, and a “forensic report [that] later detected the presence of gunshot residue on Winzer’s body” :

“It is unknown how many lives were saved by these deputies on April 27, 2013,” Ho wrote of the officers. “What is known, however, is that Kaufman County will now stand trial for their potentially life-saving actions—and that its taxpayers, including those who will forever be traumatized by Winzer’s acts of terror, will pick up the tab for any judgment.”

Ho also claimed that allowing such litigation against police officers will result in citizens being more vulnerable.

“I have deep concerns about the message this decision, and others like it, sends to the men and women who swear an oath to protect our lives and communities. For make no mistake, that message is this: See something, do nothing,” he wrote.