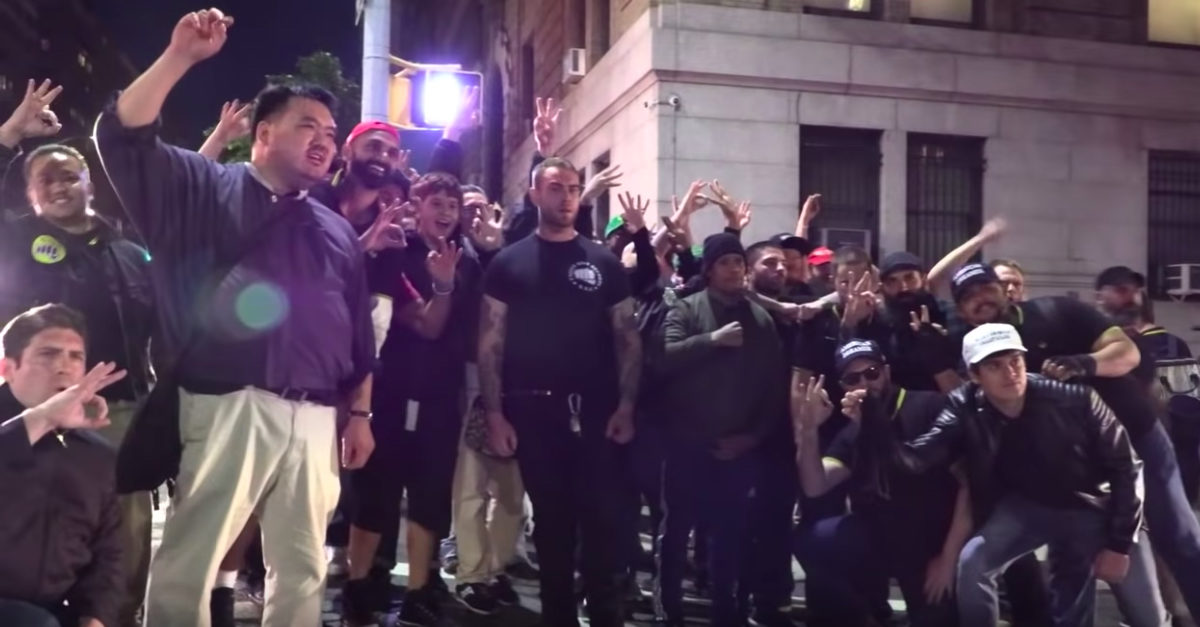 A screengrab from video shot immediately after the Proud Boys 2018 NYC brawl.

Two members of the far-right Proud Boys group were sentenced Tuesday to four years in prison for their role in a 2018 street brawl in New York City’s Upper East Side.

Maxwell Hare, 27, and John Kinsman, 40, both faced up to 15 years after they were convicted in August of attempted gang assault and attempted assault last year in connection with a large-scale physical altercation with self-described anti-fascists. The brawl took place outside the Metropolitan Republican Club in October 2018 immediately after Proud Boys group founder Gavin McInnes had finished giving a speech at the venue.

Manhattan prosecutor Joshua Steinglass reportedly requested a sentence of five years each for the recently convicted men, arguing that “violence meant to intimidate and silence” should be punished accordingly, according to The New York Times.

During their trial, Hare and Kinsman both maintained they were only acting in self-defense; a claim New York Supreme Court Judge Mark Dwyer did not appear to believe.

“It’s a shame when some people jump up and down on a platform, and their followers – their soldiers – get into trouble,” Dwyer said Tuesday in reference to McInnes’ incendiary influence over members of the Proud Boys group, according to the New York Post. “I’m not sure the most moral responsibility belongs to these two defendants,” he added.

Dwyer also said he was imposing the four-year sentence in order to deter others from expressing their political opinions through acts of violence saying, “I know enough about history to know what happened in Europe in the thirties.”

For their part in the altercation, Hare and Kinsman both offered apologies to the Court.

“I’m sorry about the whole mess. I regret the entire incident,” Kinsman said. “I made a mistake,” he added.

Hare told the Court he “made a mistake that night,” adding, “I made quick decisions. I’m sorry.”