Trump Admin Threatens to Fine Some Undocumented Immigrants Up to $500,000 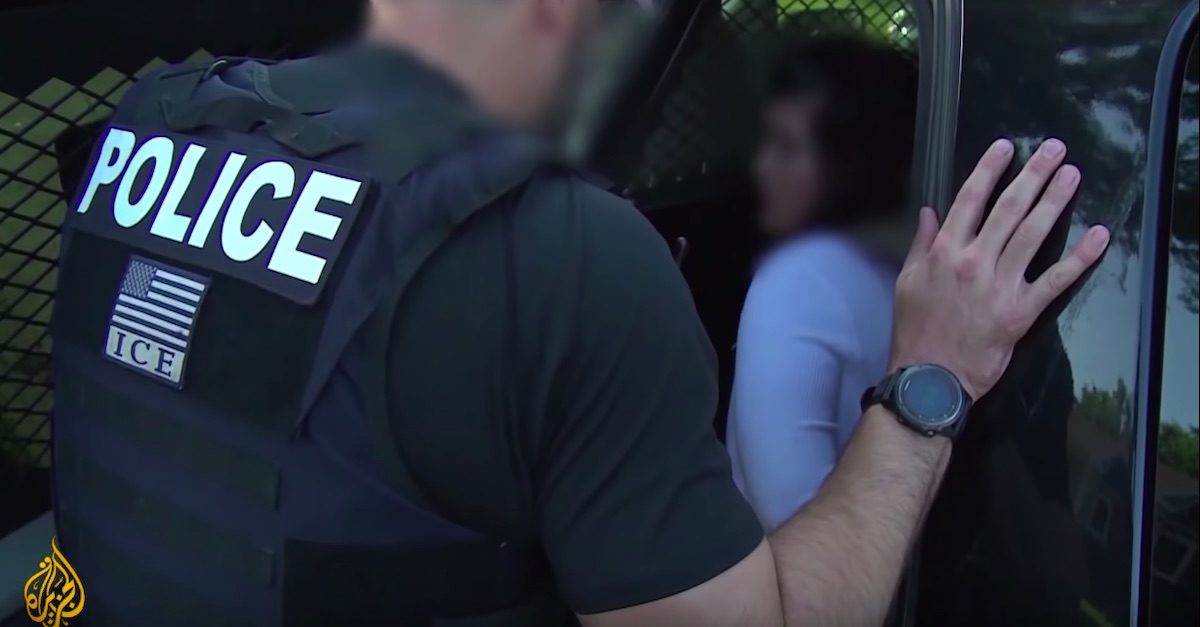 The Trump Administration has begun imposing fines of hundreds of thousands of dollars on people in the United States illegally. The civil penalties, reaching nearly $500,000, are being levied against undocumented immigrants who have disobeyed deportation orders by failing to take steps to leave the country after being so ordered.

The Department of Homeland Security sent out fine notices to several immigrants currently residing in the U.S. for “failing to depart the U.S. as previously agreed,” according to NPR.

In a signed notice from U.S. Immigration and Customs Enforcement (ICE) to Edith Espinal Moreno, ICE official Lisa Hoechst wrote, “on 10/28/2016, an authorized Department of Homeland Security Immigration Officer, an immigration Judge or the Board of Immigration Appeals issued you a Final Administrative Removal Order.”

“On 9/25/2017 you were required by ICE to present your departure itinerary to the ICE office in Detroit. On that date, you presented ICE with evidence that you would depart the U.S. on 10/10/2017,” the notice continues.

“On 2/23/2018 you cut and removed your ICE-GPS tracking device. On 2/27/2018, you were notified by ICE to report to the ICE Office in Columbus, Ohio, on 3/20/2018. However, you failed to report as instructed,” the notice says, before informing Moreno of the fine and its amount. “Upon the basis of the foregoing allegations, it is charged that you are in violation of the following provision of law: Section 274D of the Immigration and Nationality Act. Wherefore…it is the intention of ICE to order you pay a fine in the amount of $497,777.”

Rosa Ortez Cruz, 38, of North Carolina received a similar notification from ICE, which said that she willfully failed to leave the United States and “connived or conspired” to prevent her deportation, according to the Washington Post. Cruz, a mother of four currently living in a Chapel Hill church, was informed of a fine in the amount of $314,007.

In an interview with the Post, Cruz’s attorney Jeremy McKinney, said Cruz has already appealed her case in federal court. He Cruz fears her life be in danger if she is forced to return to Honduras.

According to the Post, federal officials said the fines are part of ICE’s larger effort aimed at circumventing sanctuary jurisdictions preventing the Trump Administration from deporting undocumented immigrants.

In a statement, ICE officials said that the Immigration and Nationality Act grants the agency the authority to impose “civil fines on aliens who have been ordered removed or granted voluntary departure and fail to depart the United States.”

It is not clear how, or even if, the administration plans to actually enforce the fines on its intended targets, many of whom already live at or below the poverty line, but if collected all proceeds would go to the U.S. Treasury Department.