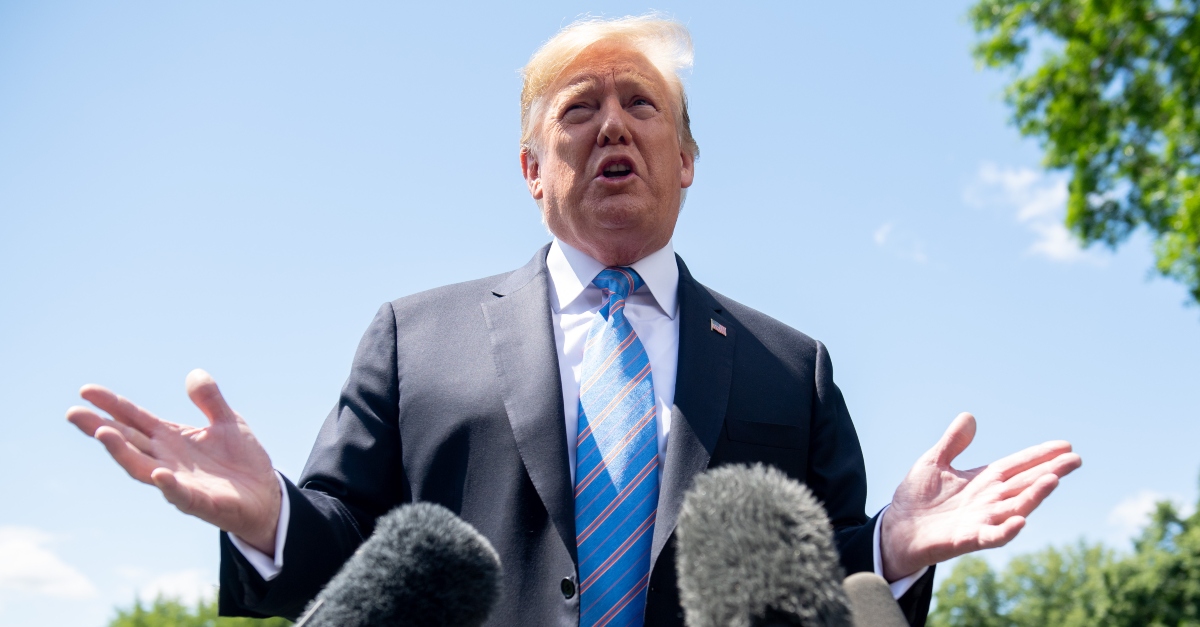 Twitter erupted Tuesday afternoon as a lawyer who formerly worked in the White House Counsel’s Office during Barack Obama‘s presidency tweeted that the Trump Administration “just advised that the decision has been made to print the census questionnaire WITHOUT the citizenship question.”

HUGE CENSUS NEWS — the Government just advised that the decision has been made to print the the census questionnaire WITHOUT the citizenship question. We won.

In a follow-up tweet, Daniel Jacobson provided a screenshot of an email from DOJ trial attorney Kate Bailey.

Here’s the email from DOJ pic.twitter.com/PdyfK0a1hJ

The email said that the printer has been “instructed to begin the printing process.”

The reaction to the news was swift.

A lot of groups have sued the Trump administration over a lot of things. On the stakes alone, this is their biggest victory yet. https://t.co/pyy03YC0WA

Confirmed: DOJ has alerted groups that sued over the 2020 Census citizenship question that the administration will print the forms *without* the question — notice comes after Trump reportedly mulled delaying the count to try to find a way to include the Q. More shortly. pic.twitter.com/Hi2WIifyq9

Less than a week after #SCOTUS decision, Trump administration indicates that it will begin printing the 2020 census questionnaire without a citizenship question. https://t.co/jlZPbzqVOe

Earlier Tuesday, Law&Crime reported that the Trump Administration missed the deadline it set to begin printing census forms and mailers. It appeared that the government was still trying to figure out how to respond to last week’s decision in the Supreme Court, which blocked the addition of the question. The justices decided that the lower court was warranted in blocking the addition of the question. The question was thereby sent back to the Department of Commerce.

Altogether, the evidence tells a story that does not match the [Commerce] Secretary’s explanation for his decision. Unlike a typical case in which an agency may have both stated and unstated reasons for a decision, here the VRA [Voting Rights Act] enforcement rationale—the sole stated reason—seems to have been contrived. The reasoned explanation requirement of administrative law is meant to ensure that agencies offer genuine justifications for important decisions, reasons that can be scrutinized by courts and the interested public. The explanation provided here was more of a distraction. In these unusual circumstances, the District Court was warranted in remanding to the agency.

SCOTUS also said there was a “significant mismatch between the decision the [Commerce] Secretary [Wilbur Ross] made and the rationale he provided.”

The DOJ email conceding on the census question issue flies in the face of a recent Twitter statement from President Donald Trump, in which he asked DOJ lawyers to “delay the Census, no matter how long, until the United States Supreme Court is given additional information from which it can make a final and decisive decision on this very critical matter.”

…..United States Supreme Court is given additional information from which it can make a final and decisive decision on this very critical matter. Can anyone really believe that as a great Country, we are not able the ask whether or not someone is a Citizen. Only in America!

In documents filed in federal court, the Department of Justice previously claimed that the “Census Bureau must finalize the census forms by the end of June 2019 to print them on time for the 2020 decennial census.”

Census officials testified, however, that the administration did not necessarily need to finalize the forms until the end of October.

In January, R.R. Donnelley & Sons was awarded a contract of more than $100,000,000 to print the questionnaires and mailers:

The U.S. Government Publishing Office (GPO) has awarded the contract for 2020 Census printing materials and mailing services to R.R. Donnelley & Sons Company (RRD) following a competitive procurement process. RRD is a Chicago based company, and production will take place at several of its facilities across the country. The contract was awarded for $114,557,201.27, which is well within the U.S. Census Bureau’s budget. It covers the production of materials that will help the public respond to the 2020 Census, including questionnaires, letters, inserts, postcards, and envelopes. GPO and U.S. Census Bureau employees will conduct quality control and testing throughout the contract period.