Leif Olson Got Department of Labor Job Back | Law & Crime 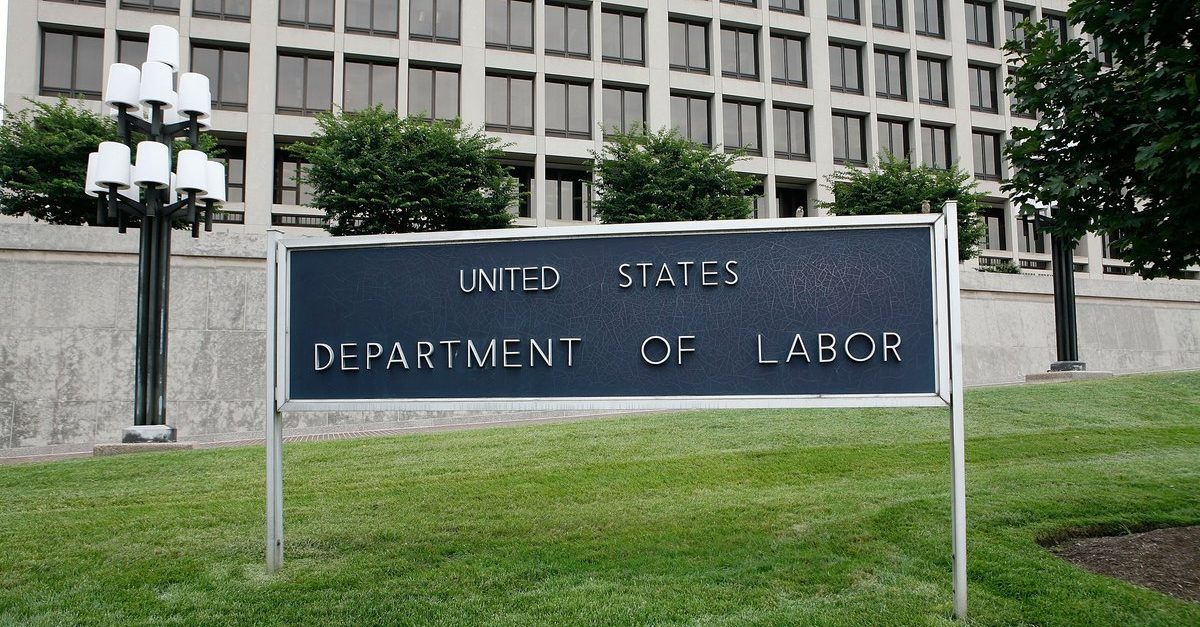 An official in the Trump Administration’s Department of Labor has resigned after years-old Facebook posts were discovered in which he apparently mocked the pernicious idea that Jewish people hold undue influence over the media. Critics of the original report, however, insist the Trump advisor did nothing wrong.

According to Bloomberg Law, 43-year-old Leif Olson resigned from his job as a senior policy advisor after being questioned about the use of allegedly anti-Semitic comments and “tropes” by the outlet’s labor and employment reporter Ben Penn.

On August 10, 2016, Olson authored a sarcastic post in which he celebrated then-representative Paul Ryan‘s primary victory over antisemite and white nationalist Paul Nehlen the day before.

“Establishment insider RINO corporate tool Paul Ryan was finally brought to heel in tonight’s primary election by an uprising of the conservative masses of Real America eager for an authentic voice in Washington instead of the same tired globalist open-borders pap they’ve been pushing on us since the Elites abandoned the People,” Olson joked with dripping sarcasm on his personal Facebook page.

“[Ryan] just suffered a massive, historic, emasculating 70-point victory,” Olson continued, referencing the incumbent’s 84-16 win over Nehlen. “Let’s see him and his Georgetown cocktail-party puppetmasters try to walk that one off.”

A commenter quickly chimed in on the Facebook post to note, apparently critically, that Ryan was also a neoconservative–apparently not picking up on the sarcastic nature of the post’s criticism and its overall pro-Ryan posture.

Olson disagreed with the foreign policy designation–by way of another round of apparent sarcasm–and wrote:

No he’s not. Neo-cons are all Upper East Side Zionists who don’t golf on Saturday if you know what I mean.

“That’s what I meant,” the apparently antisemitic commenter piped back, “He’s a Jew.”

Olson once again responded to the man’s comment by appearing to mock his apparent antisemitism:

It must be true because I’ve never seen the Lamestream Media report it, and you know they protect their own.

According to Penn’s reporting, “[f]our hours after Bloomberg Law requested comment from the White House and [Department of Labor] about Leif Olson’s social media post, the department said he has resigned, without elaboration.”

In an interview, Olson explained to Penn that the social media posts in question were “sarcastic criticism of the alt-right’s conspiracy theories and anti-Semitic positions.” The Bloomberg Law reporter also notes that Olson “declined to respond” to additional questions regarding the post and the circumstances of his resignation.

On August 30, the Department of Labor issued the following terse and anodyne statement regarding their now-former employee:

Today, the Department of Labor accepted the resignation of Leif Olson effective immediately.

In response to the news of his resignation, however, Olson quickly amassed a slew of defenders who criticized Penn’s reporting for apparently failing to capture the mocking nature of the social media post.

“What a despicable smear by @benjaminpenn of my friend @olsonleif, including an obviously sarcastic Facebook post,” the Cato Institute’s Ilya Shapiro tweeted. “Shame on @BLaw for running with this drivel.”

“Honesty and literacy are apparently beyond @benjaminpenn’s ken.” Shapiro followed up—in a series of posts on Twitter–minutes later. “What horseshit. (And that’s the first time I’ve swore on Twitter, but this smear is utterly unforgivable.)”

“There’s enough wrong these days without making up false accusations of anti-semitism when the person was actually mocking anti-semites,” wrote attorney Raffi Melkonian in defense of Olson.

Others simply said that the story should not have been published.

Olson himself responded to the media kerfuffle via Facebook by taking issue with Penn’s categorization of his previous legal work (Penn’s lede notes that Olson has “a history of advancing controversial conservative and faith-based cause”) without directly referencing the allegations of antisemitism.

Law&Crime reached out to Penn for comment on this story but no response was forthcoming at the time of publication.

Penn did respond on Twitter to the criticism by revealing that he sent a screenshot of the sarcastic social media post to the Department of Labor.

To Leif Olson's friends & others who take issue with this reporting,
I sent a screenshot of a public FB post to DOL, seeking comment. 4 hours later I received this response: “Today, the Department of Labor accepted the resignation of Leif Olson effective immediately.” https://t.co/PZbIScDHqe