After Whistleblower Steps Forward, Trump’s Lawsuit Against Deutsche Bank Is Even More Ridiculous 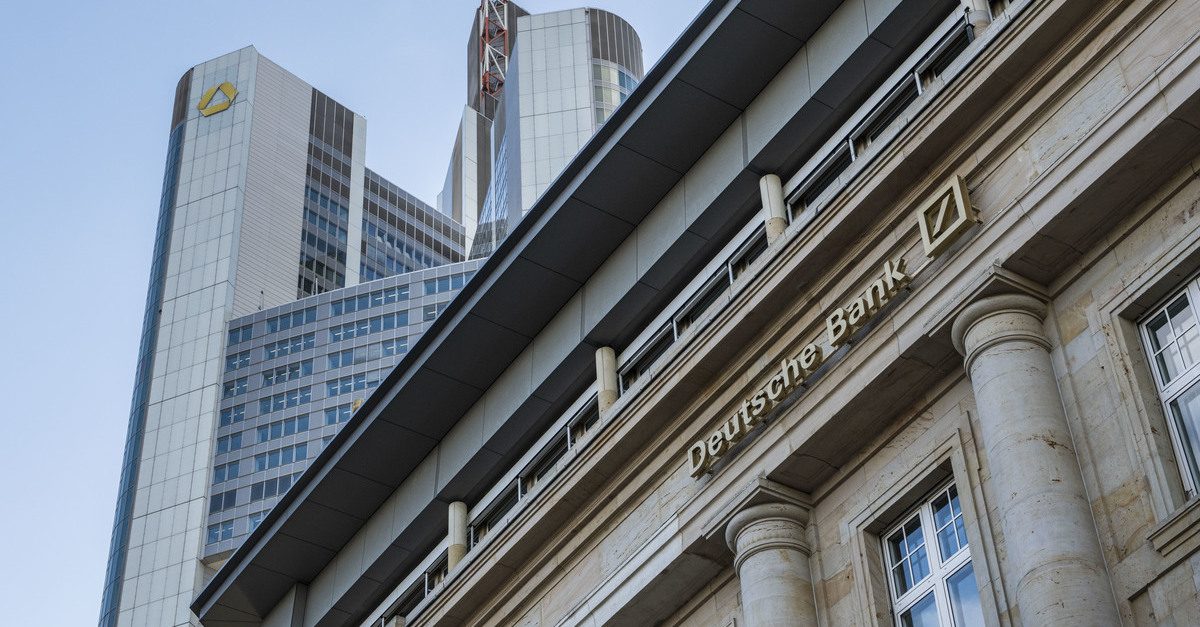 Remember a few weeks ago, when the Trumps sued Deutsche Bank to get congressional subpoenas thrown out? Well, those legal papers have not aged well.

At the time, Trump’s big argument was that Deutsche Bank should be prevented from complying with subpoenas because Congress lacked the power to issue them in the first place. Trump’s case – already an uphill battle given that he wasn’t even a party to the underlying litigation to which the subpoenas related – was an unpersuasive mélange of bad legal arguments and pathetic moaning.

Now, though, Trump’s arguments against Deutsche Bank’s turning over documents feel more ridiculous than ever. The New York Times just revealed the story of whistleblower Tammy McFadden. McFadden was a longtime anti-money laundering specialist working in Deutsche Bank’s Jacksonville office; during the course of her work reviewing questionable transactions, McFadden found that money had been moved from Jared Kushner’s real-estate companies to Russian individuals.

President Trump responded to the reports with a predictable rant.

The Failing New York Times (it will pass away when I leave office in 6 years), and others of the Fake News Media, keep writing phony stories about how I didn’t use many banks because they didn’t want to do business with me. WRONG! It is because I didn’t need money. Very old

The Mainstream Media has never been as corrupt and deranged as it is today. FAKE NEWS is actually the biggest story of all and is the true ENEMY OF THE PEOPLE! That’s why they refuse to cover the REAL Russia Hoax. But the American people are wise to what is going on…..

….Now the new big story is that Trump made a lot of money and buys everything for cash, he doesn’t need banks. But where did he get all of that cash? Could it be Russia? No, I built a great business and don’t need banks, but if I did they would be there…and DeutscheBank……

…..was very good and highly professional to deal with – and if for any reason I didn’t like them, I would have gone elsewhere….there was always plenty of money around and banks to choose from. They would be very happy to take my money. Fake News!

According to McFadden, whose story has been verified by several other unnamed Deutsche Bank employees, her written reports about Kushner’s suspicious activity were squashed by the bank in an effort to keep business relations strong with Kushner, who’d taken out a $285 million loan just before the 2016 election.

Other Deutsche Bank employees confirmed that the shady reporting was business as usual. The bank regularly covered up reports of suspicious activity in order to protect relationships with lucrative clients. Individuals reportedly declined to name themselves so as to preserve their future career prospects.

It’s too soon to say whether Deutsche Bank’s wrongdoing rose to the level of illegality, as we don’t yet know specifics of the reported transactions or related investigations. What we do know, however, is that Trump’s argument against the Deutsche subpoenas is far more complicated than typical Trump whining about being the object of “abusive investigations and harassment.” Trump argued at length about how he was being persecuted at the hands of Democratic politicians, and how unjust all that was to members of his family, who were innocently caught in the fray. Had those arguments garnered a shred of credibility before, their time is long gone now.

Moreover, the Times report brings up another question: if Trump and Deutsche Bank both stand to be exposed by production of financial records to Congress, why aren’t they united in interest against those subpoenas? It would stand to reason that Deutsche Bank could easily be convinced that a motion to quash would be the right legal move, and would not require an entirely separate lawsuit.  Perhaps, though, that “very good and highly professional” relationship the Donald bragged about has come to a less friendly end.