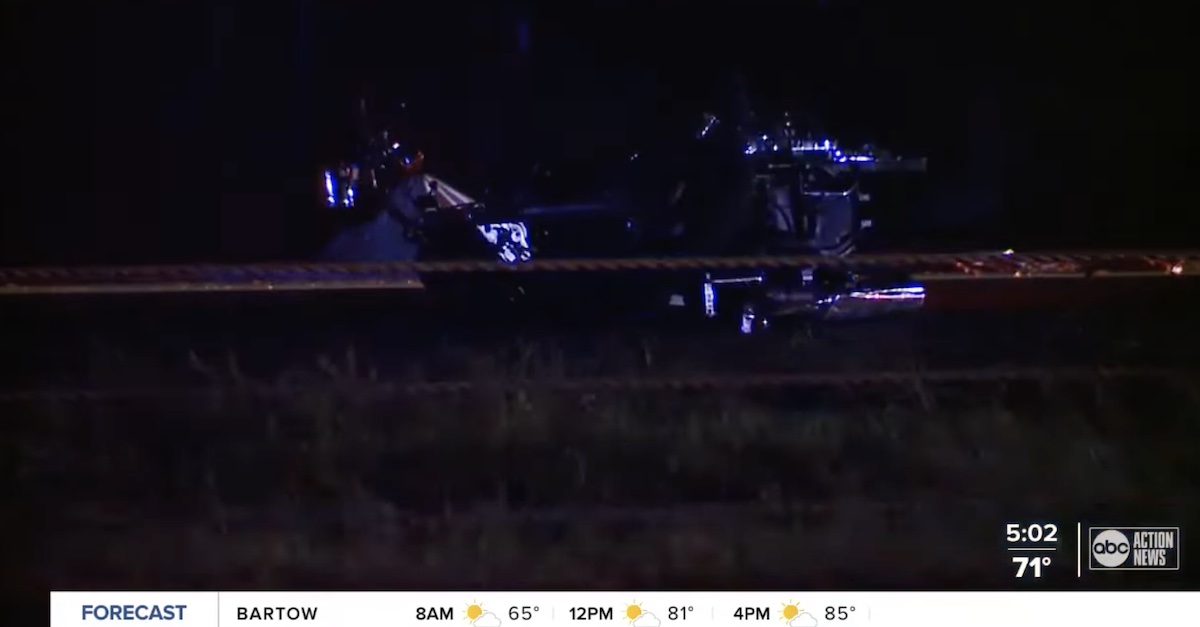 A tractor-trailer ran over and killed a 52-year-old male motorcyclist who was hit into by a Florida trooper in Polk County on Monday night, Florida Highway Patrol said.

FHP Public Affairs Officer Sgt. Steve Gaskins told Law&Crime that a 30-year-old trooper from Tampa entered the lane that a Harley-Davidson was traveling in and hit the bike while trying to help workers shut down a lane for construction. This ejected the motorcyclist onto SR-400 (I-4) and into the path of an oncoming tractor-trailer, which was driven by a 25-year-old from Darlington, South Carolina. The tractor-trailer ran over the motorcyclist, killing him.

V-1, a 2017 marked Florida Highway Patrol Dodge patrol car, was stationary in the inside shoulder of westbound SR-400 at Milepost 43, west of SR-559. V-2, a 2015 Harley Davidson motorcycle, was traveling westbound on SR-400 in the inside lane. V-3 was traveling westbound on SR-400 in the center lane, parallel to V-2. While in the process of assisting a roadway construction crew to install a lane closure for highway repairs, V-1 entered the inside lane and path of V-2; as a result, V-2 collided with the right front side of V-1 and the rider was ejected from the motorcycle. D-2 fell into the path of and was struck by V-3 which, post-crash, along with V-1, came to a controlled stop. D-2 suffered fatal injuries at the scene of the crash.

Authorities said the 52-year-old victim, of Lakeland, Florida, was wearing a helmet at the time of the deadly incident. Neither the trooper nor the trucker sustained injuries. No other identifying information was provided.

The crash occurred at 7:31 p.m. and was investigated by Sgt. Ali. Reports suggest that further investigation could take three or more months.