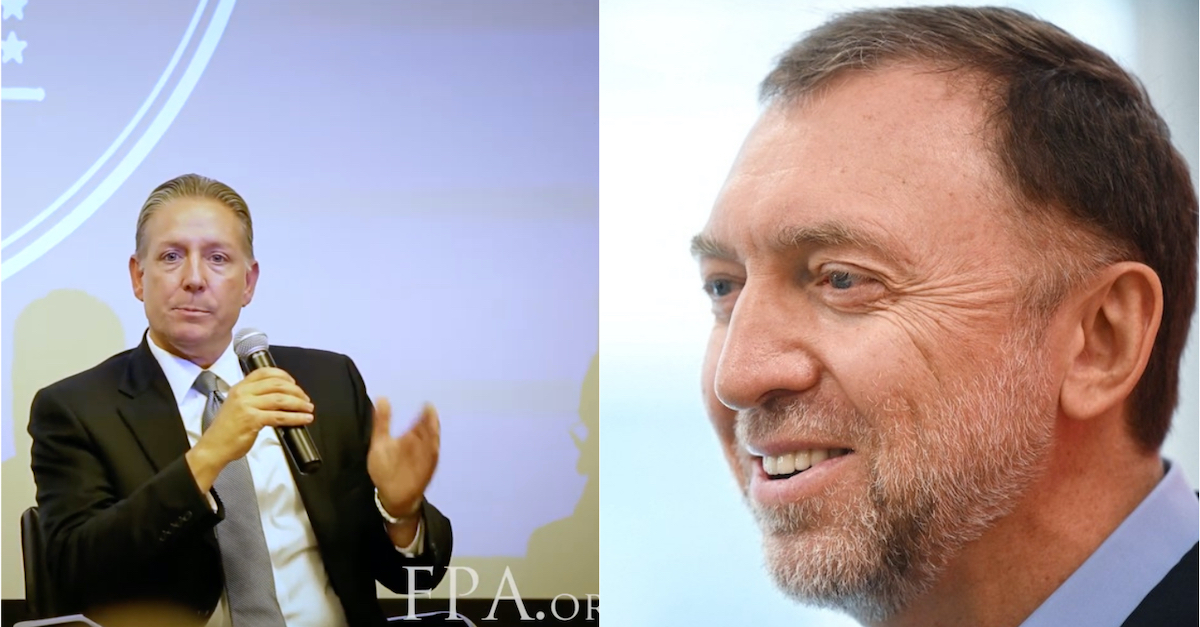 A former FBI counterintelligence leader agreed to investigate the rival of a sanctioned Russian oligarch who figured prominently in the Robert Mueller investigation in exchange for “concealed payments,” federal prosecutors say.

Charles F. McGonigal, 54, worked in Russian counterintelligence, organized crime matters and counter-espionage during his more than 20-year career with the FBI.

From 2016 until his retirement two years later, McGonigal served as the Special Agent in Charge (SAC) of the Counterintelligence Division of the FBI’s New York Field Office, and it was in that capacity that McGonigal crossed paths with — and got on the payroll of — sanctioned Russian oligarch Oleg Deripaska.

Sanctioned before he was indicted, Deripaska emerged as a key figure in the Mueller report, in which his name appears at least 64 times. He was connected to former President Donald Trump’s ex-campaign chair Paul Manafort. Mueller alleged that Manafort instructed his deputy Rick Gates to share campaign information with suspected Russian intelligence operative Konstantin Kilimnik. Gates “expected” that information would be shared with Deripaska, according to the report.

Mueller’s report was released in March 2018.

Roughly a month later, the U.S. Treasury would announce sanctions against Deripaska, and McGonigal’s indictment indicates that he received an advanced warning of that development.

“Among other things, in 2018, McGonigal, while acting as SAC, received and reviewed a then-classified list of Russian oligarchs with close ties to the Kremlin who would be considered for sanctions to be imposed as a result of Russia’s 2014 conflict with Ukraine,” McGonigal’s indictment states.

The list showed that Deripaska would be designated for sanctions.

McGonigal was charged along with Sergey Shestakov, a former Soviet and Russian diplomat who later became a U.S. citizen.

“Among other employment, Shestakov worked as an interpreter for the federal courts and United States attorneys’ offices in the Southern and Eastern Districts of New York,” their indictment states.

Prosecutors claim that the two of them investigated a rival Russian oligarch in return for concealed payments from Deripaska. In 2018, Shestakov connected McGonigal with Deripaska’s agent, according to the indictment.

Emails exchanged between McGonigal, Shestakov and Deripaska’s agent shield the oligarch’s name as “you know whom,” “the big guy,” and “the client,” prosecutors say.

In exchange for investigating the rival oligarch, Deripaska allegedly agreed to send money to McGonigal and Shestakov through shell companies, which didn’t list the defendants’ names on corporate paperwork, according to the indictment.

Prosecutors say that the contract called for a Cyprus corporation to pay a New Jersey corporation, held in the name of McGonigal’s friend. The contract provided for $51,280 upon its execution and $41,790 per month for “business intelligence services, analysis, and research,” the indictment states.

The FBI says it seized McGonigal’s electronic devices on Nov. 22, 2021.

Prosecutors claim McGonigal subsequently lied to authorities, telling the FBI that he had “no business” with Deripaska’s agent.

Deripaska also faces charges in the same court: the Southern District of New York. Between the two cases, McGonigal could receive over 150 years in prison, if convicted on all charges.

In September, Deripaska was indicted for allegedly violating those U.S. sanctions. Federal prosecutors say that Deripaska — along with his associates Olga Shriki and Natalia Mikhaylovna Bardakova — conspired to violate U.S. sanctions imposed on him and one of his corporate entities, “Basic Element.”

Deripaska’s girlfriend Ekaterina Olegovna Voronina was also charged with lying to Homeland Security agents when entering the United States in order to give birth to Deripaska’s child.

In a separate indictment in Washington, D.C., McGonigal stands accused of having requested and received at least $225,000 in cash from a foreign intelligence officer. That nine-count indictment charges the ex-FBI counterintelligence officer with concealing material facts, six counts of making false statements, and two counts of falsification of records and documents.

Read the Southern District of New York indictment below:

(Photo of McGonigal from a YouTube recording of his speech before the Foreign Policy Association. Photo of Deripaska by NATALIA KOLESNIKOVA/AFP via Getty Images)