Police have released body camera footage after officers confronted a suspect holed up inside a Florida hospital room. Police identified that suspect as Ellen Gilland, 76, who authorities said had just killed her husband Jerry Gilland, 77, as part of a murder-suicide pact.

The video, brief and edited down by the Daytona Beach Police Department, ended with the elderly suspect escorted out of Advent Health Hospital in a wheelchair, her hands bound.

Gilland is charged with first-degree premeditated murder and three counts of aggravated assault with a deadly weapon without intent to kill, records show.

According to the charging affidavit, police said they responded to the hospital regarding a shooting. Defendant Gilland was in room 1106 with a gun when officers arrived on the 11th floor. Witnesses claimed to have heard at least one gunshot from inside the room.

Gilland allegedly said she had a gun and told them to leave. Both witnesses said they smelled burnt gunpowder upon entering the room. 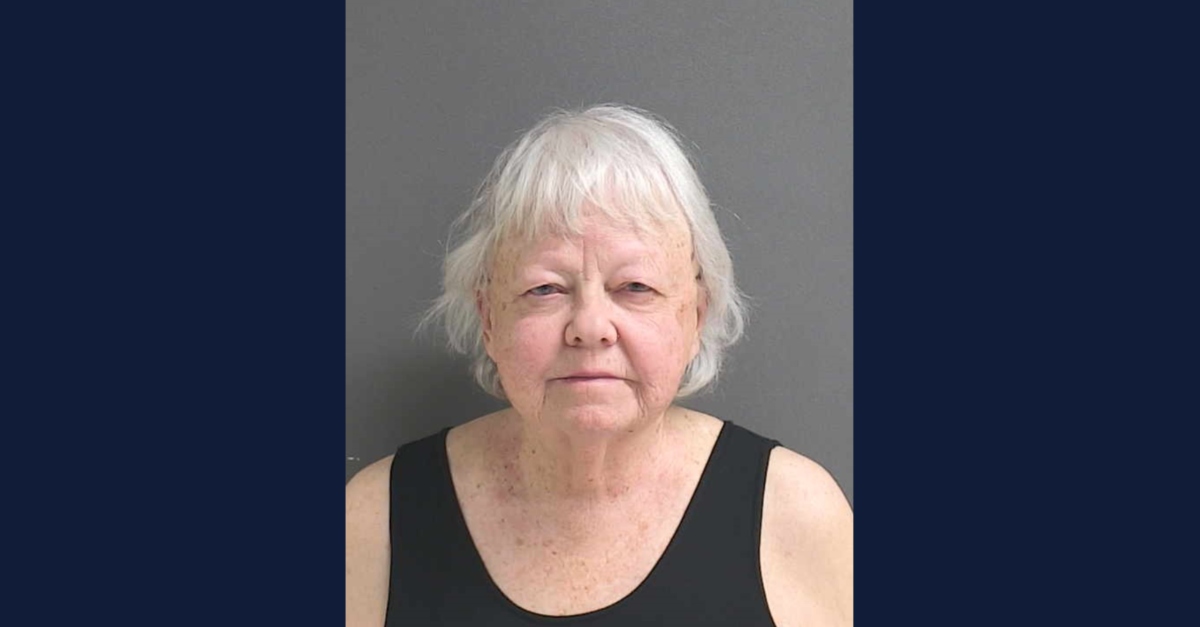 Officers worked to convince Gilland to surrender but she kept her gun pointed toward the room doorway while authorities called out to her from outside, the affidavit stated.

As seen in the body camera footage, police had pulled out their guns and repeatedly told her to drop her firearm.

The affidavit does not discuss an alleged motive, and an entire block of text is redacted, but Daytona Beach Police Chief Jakari Young said in a press conference that the couple had actually planned a murder-suicide. It was allegedly Jerry Gilland who was going to pull the trigger, but he became too frail.

“Apparently because he was terminally ill, they had a conversation about it and they actually planned this approximately three weeks ago that if he continued to take a turn for the worst that he wanted her to end this,” Young said, according to WESH. “Obviously, we’re unsure how she brought that gun into the hospital, but this was planned.”

Police said they managed to arrest Ellen Gilland without anyone else getting shot, but they claim she opened fire one more time.

Officers said the murder weapon was a .38 caliber revolver.

After her arrest, defendant Gilland asked for an attorney, police said. Records show she remains without bond at the Volusia County Jail. Her arraignment is scheduled for Feb. 14.