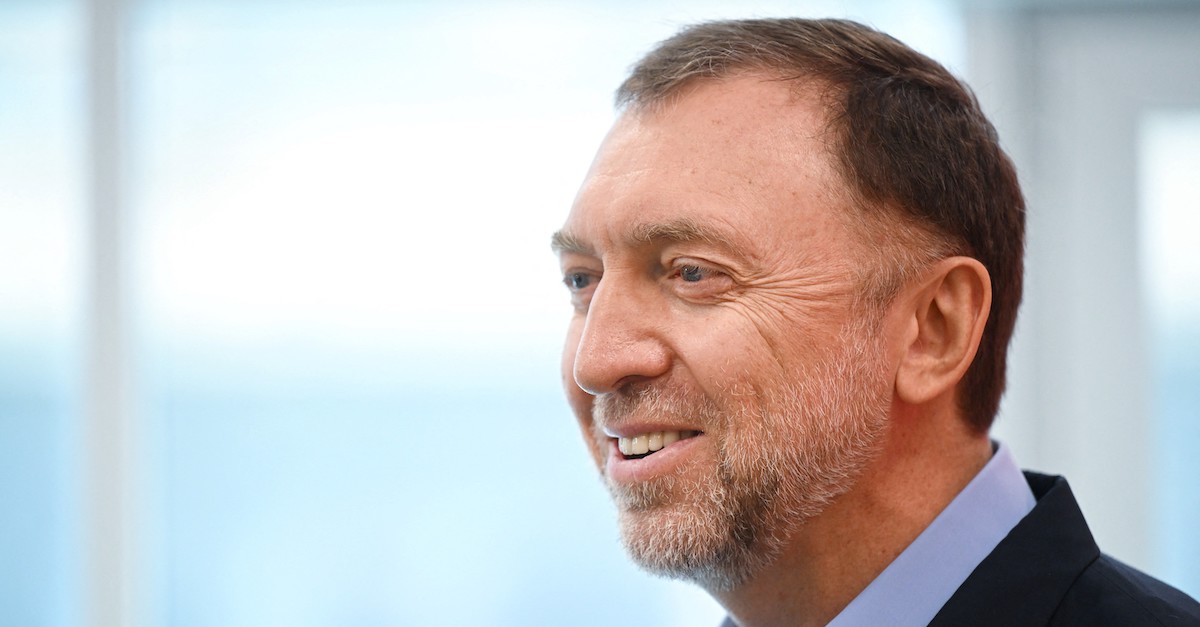 Russian oligarch Oleg Deripaska, who figured prominently in the trial of Paul Manafort and the Mueller Report, has been indicted in the United States on allegations of sanctions evasion. Three of his associates face charges with him.

Federal prosecutors say that Deripaska — along with his associates Olga Shriki, Natalia Mikhaylovna Bardakova — conspired to violate U.S. sanctions imposed on him and one of his corporate entities “Basic Element.”

“The indictment unsealed today signals the United States’ ongoing support for the people of Ukraine in the face of continued Russian belligerence,” Manhattan U.S. Attorney Damian Williams wrote in a statement. “The enforcement of sanctions is a vital tool wielded by this Office and our law enforcement partners as we seek to deter Russian aggression, and today’s indictment should be taken as a warning that, try as they might, individuals violating these sanctions will be held accountable.”

The last co-defendant, Deripaska’s girlfriend Ekaterina Olegovna Voronina, stands accused of lying to Homeland Security agents when entering the United States in order to give birth to Deripaska’s child. Prosecutors say that she changed the spelling of the child’s surname “slightly” to conceal the identity of the father.

According to the 31-page indictment, Deripaska and his associates violated U.S. sanctions for four years since they were imposed upon him and his company in April 2018. In that time, Deripaska retained Shriki and Bardakova to “provide hundreds of thousands of dollars worth of services for his benefit in the United States.”

“For example, in or about 2019, Shriki facilitated for Deripaska’s benefit the sale of a music studio in California for approximately $3,078,787,” the indictment states.

When Voronina became pregnant with Deripaska’s child, prosecutors say: “Shriki orchestrated hundreds of thousands of dollars worth of U.S. medical care, housing, childcare, and other and logistics to aid Deripaska’s and Voronina’s efforts to have Voronina give birth in the United States, which resulted in the child receiving U.S. citizenship.”

The director of that program, Andrew Adams, charged that the allegations against Deripaska expose his hypocrisy.

“Despite his cozy ties with the Kremlin and his vast wealth acquired through ties to a corrupt regime, Deripaska did all he could to lead a life in a stable, free, democratic society – even if that meant lying and evading U.S. sanctions,” Adams wrote in a statement. “The hypocrisy in seeking comfort and citizenship in the United States, while enjoying the fruits of a ruthless, anti-democratic regime, is striking. That Deripaska practiced that hypocrisy through lies and criminal sanctions evasion has made him a fugitive from the country he so desperately wished to exploit.”

Prosecutors say that some of Deripaska’s largesse was spread to high places — including to an unidentified U.S. television host.

“Between in or about May 2018 and in or about 2020, Bardakova instructed Shriki to purchase and send flower and gift deliveries on behalf of Deripaska to Deripaska’s social contacts in the United States and Canada,” the indictment states. “The deliveries included, among others, two Easter gift deliveries to a U.S. television host, two flower deliveries to a then-former Canadian Parliament member, and two flower deliveries in 2020 to Ekaterina Olegovna Voronina, a/k/a ‘Ekaterina Lobanova,’ the defendant, while she was in the United States to give birth to Deripaska’s child.”

Shriki was arrested for his alleged role in the scheme. Prosecutors say that Voronina was denied entry into the United States earlier this year, when Voronina allegedly tried to give birth to her second child with Deripaska on U.S. soil.