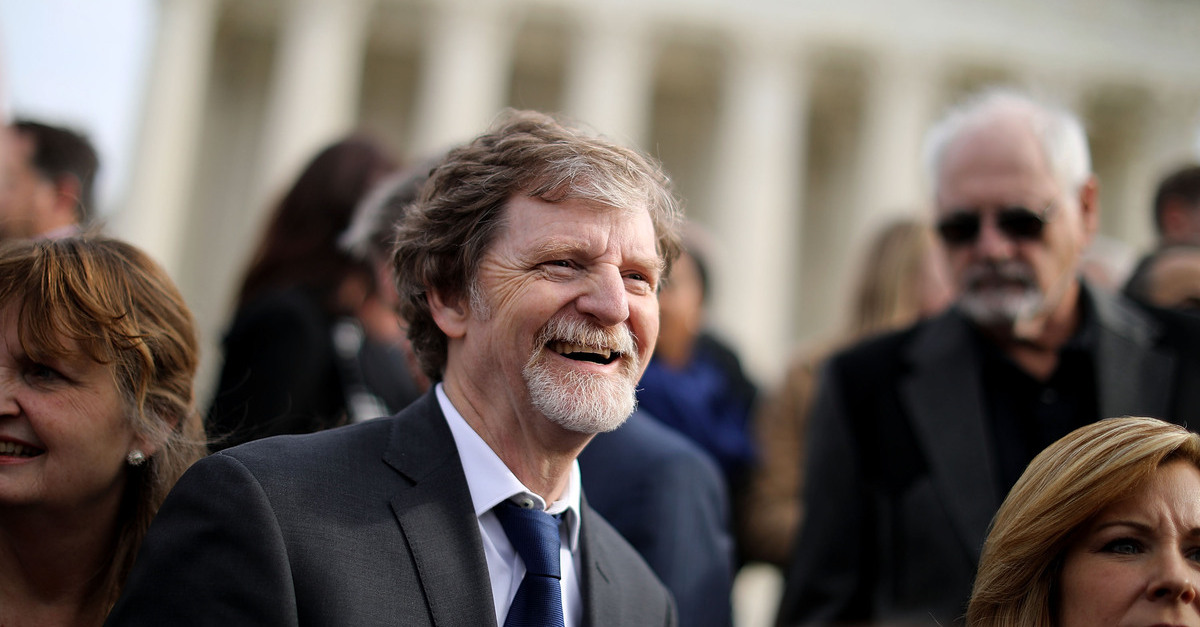 Jack Phillips, the owner of Masterpiece Cakeshop, has now followed through on his pledge to appeal a Colorado state court’s ruling that he violated state law by refusing to create a custom cake celebrating a patron’s gender transition.

“Jack the Baker” received national attention for his refusal to create a custom cake to celebrate a same-sex wedding in 2012; Phillips’ religious-based objection became the basis of a lawsuit for violation of Colorado’s anti discrimination laws, and the litigation made its way to the Supreme Court of the United States in 2018. Ultimately, Phillips prevailed in the case, SCOTUS holding that the Colorado Civil Rights Commission exhibited “clear and impermissible hostility” toward Phillips’ sincere religious beliefs.

On the day Supreme Court granted certiorari in Phillips’ case regarding the wedding cake, Denver transgender attorney Autumn Scardina called Masterpiece Cakeshop and requested that Phillips make a blue and pink birthday cake to celebrate her transition from male to female.

Scardina filed a complaint with the Colorado Civil Rights Commission, which first led to a dismissal, then later to a second lawsuit by Scardina. Ultimately, after conducting a bench trial, Denver District Court Judge A. Bruce Jones ruled that Phillips’ bakery violated Colorado’s Anti-Discrimination Act (“CADA”) by refusing to bake Scardina’s requested cake.

In the court’s ruling, the judge specifically found as follows:

Mr. Phillips sees himself as a “Christian witness.” He wants to live his life, do his business, and engage everyone in a way that honors Jesus Christ. Mr. Phillips named the Bakery “Masterpiece” based on Jesus’ words in the Sermon on the Mount, where he said no man can serve two masters.

The court ruled, however, that Phillips “chose to incorporate his business as a for-profit entity providing goods and services to the public,” which therefore obligates him to comply with CADA.

Judge Jones reasoned that Phillips lacked a sufficient First Amendment basis for his refusal, because the average person would perceive any message presented by the cake to be Scardina’s, not the cake decorator’s. Phillips was fined $500 for his violation of CADA — the maximum penalty.

Phillips filed a notice of appeal on August 2, raising several distinct bases for appeal. Some of Phillips’ arguments are procedural in nature, and relate to the case’s rather indirect legal history. At the heart of Phillips’ appeal is the claim that the lower court “erred by ruling that Phillips violated CADA by declining to create a custom cake—with a blue exterior and pink interior—to symbolize and celebrate a gender transition, when the court found that Phillips would not create that cake for anyone.” In other words, Phillips argues that it wasn’t the customer to whom he objected, but rather, the cake. This is a similar argument made by Phillips over the wedding cake; he argued that he would be happy to serve gay couples in his bakery — so long as he isn’t creating wedding cakes for them.

Since SCOTUS’s ruling in Phillips’ favor in Masterpiece Cakeshop, multiple other cases testing the limits of the precedent have come forward; so far, the Supreme Court has declined to review them. Presently, the appeal over Scardina’s cake is proceeding in Colorado state court.