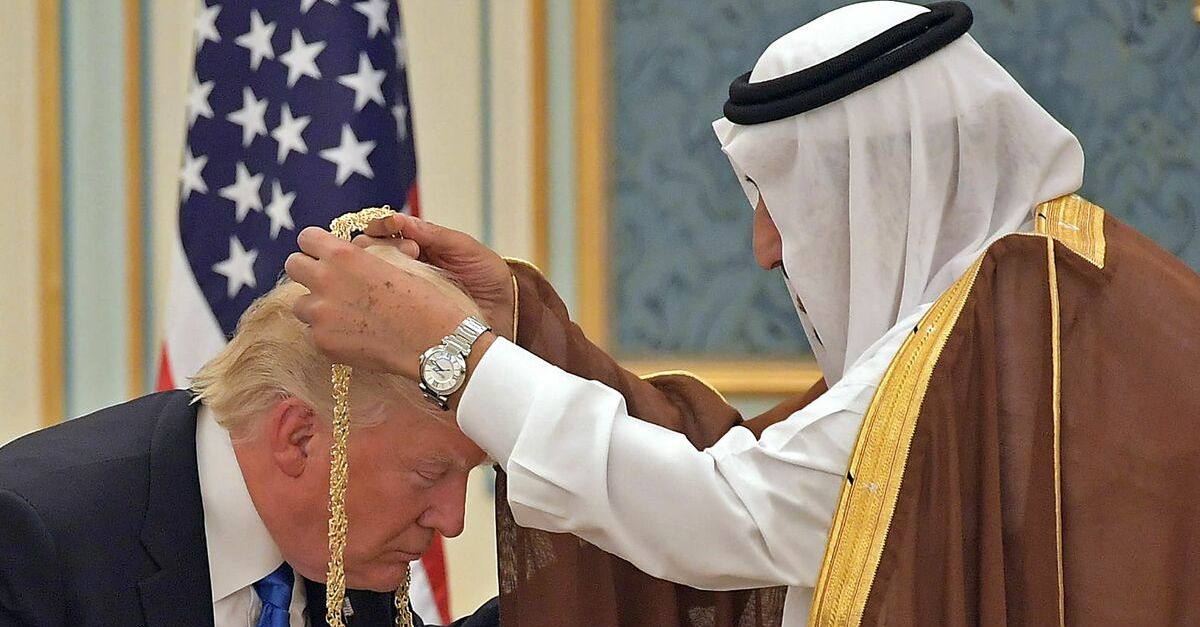 Soon-to-be former U.S. Department of State Inspector General Steve Linick was looking into a recent U.S. arms deal with the terror-exporting Kingdom of Saudi Arabia (KSA) and his investigation was nearly complete when he was abruptly slated for removal last Friday.

President Donald Trump announced Linick’s termination in a federally mandated letter to Congress over the weekend–leading critics to run with one of their favorite cultural reference points: the Watergate scandal’s Saturday Night Massacre, a series of firings that added at least two kilograms of kerosene to Richard Nixon‘s internal conflagration at the White House in the fall of 1973.

Initially there were allegations that Linick had Secretary of State and Trump loyalist Mike Pompeo in the cross-hairs of a relatively pedestrian corruption inquiry focusing on sundry abuse of power that included a lower-level political appointee being forced to fetch the secretary’s dry cleaning and perform other such menial tasks.

An unavoidable implication raised by the first-glance slate of coverage and accusations was that the inspector general had simply been targeted for termination because of the worrisome headlines likely to be produced by any forthcoming report on alleged misconduct by a high-profile member of the 45th president’s cabinet.

Now the story has taken on additional and new dimensions.

“His office was investigating — at my request — Trump’s phony declaration of an emergency so he could send weapons to Saudi Arabia,” House Foreign Affairs Committee Chair Eliot Engel (D-N.Y.) said in a statement released to the media. “We don’t have the full picture yet, but it’s troubling that Secretary Pompeo wanted Mr. Linick pushed out before this work could be completed.”

According to an anonymous source cited by Politico, Linick had recently briefed higher-ups on his likely conclusions and Pompeo had evasively refused to be interviewed about the arms sales.

Trump’s declaration of that alleged emergency was hotly–and uncharacteristically–disputed by both the Democratic Party foreign policy establishment and left-of-center media at the time.

The Intercept described the move with a headline echoed by Engel’s Monday statement: “The Trump Administration Is Declaring A Fake Emergency To Sell Weapons To Saudi Arabia.” That story, written by Alex Emons, cites an anonymous “Democratic congressional source” who claimed Trump had only invoked his emergency powers to bypass the Senate and the Arms Export Control Act of 1976.

The KSA has long been a well-known exporter of terrorism and fundamentalist takfiri jihadist ideology; it is widely presumed to have helped perpetrate the 9/11 terrorist attacks, but still ended up being considered a key U.S. ally. Saudi Arabia placed its previously firm bipartisan adulation on the line, however, when Washington Post journalist Jamal Khashoggi was assassinated at the behest of Saudi Crown Prince Mohammad bin Salman in 2018.

Trump rose to bin Salman’s defense in the aftermath of Khashoggi’s premeditated murder and defended other, larger, proposed KSA arms deals in public.

Pompeo released a lengthy statement justifying the president’s emergency declaration in May of last year.

“Today, I made a determination pursuant to section 36 of the Arms Export Control Act and directed the Department to complete immediately the formal notification of 22 pending arms transfers to Jordan, the United Arab Emirates, and Saudi Arabia totaling approximately $8.1 billion to deter Iranian aggression and build partner self-defense capacity,” the statement begins–repeating long-since-discredited propaganda lines about the Islamic Republic of Iran’s purported threat to its regional neighbors. “These sales will support our allies, enhance Middle East stability, and help these nations to deter and defend themselves.”

Typically bellicose Senate Committee on Foreign Relations Ranking Member Sen. Robert Menendez (D-N.J.) issued a statement of his own at the time, savaging the Trump administration for using extraordinary efforts to effectuate an end-run around Congress in order to keep the KSA well-stocked with weapons of mass destruction.

“I am disappointed, but not surprised, that the Trump Administration has failed once again to prioritize our long term national security interests or stand up for human rights, and instead is granting favors to authoritarian countries like Saudi Arabia,” the statement said.

“In trying to explain this move, the Administration failed to even identify which legal mechanism it thinks it is using, described years of malign Iranian behavior but failed to identify what actually constitutes an emergency today, and critically, failed to explain how these systems, many of which will take years to come online, would immediately benefit either the United States or our allies and thus merit such hasty action,” Menendez continued.

“President Trump’s unprecedented removal of Inspector General Linick is only his latest sacking of an inspector general, our government’s key independent watchdogs, from a federal agency. We unalterably oppose the politically-motivated firing of inspectors general and the President’s gutting of these critical positions,” Engel and Menendez wrote in a statement announcing their investigation. “Reports indicate that Secretary Pompeo personally made the recommendation to fire Mr. Linick, and it is our understanding that he did so because the Inspector General had opened an investigation into wrongdoing by Secretary Pompeo himself.”

In a Monday interview with the Washington Post, Pompeo directly addressed the would-be dry cleaning scandal.

“It is not possible that this decision, or my recommendation rather, to the president rather, was based on any effort to retaliate for any investigation that was going on, or is currently going on,” he told Carol Morello. “Because I simply don’t know. I’m not briefed on it. I usually see these investigations in final draft form 24 hours, 48 hours before the IG is prepared to release them. So it’s simply not possible for this to be an act of retaliation. End of story.”