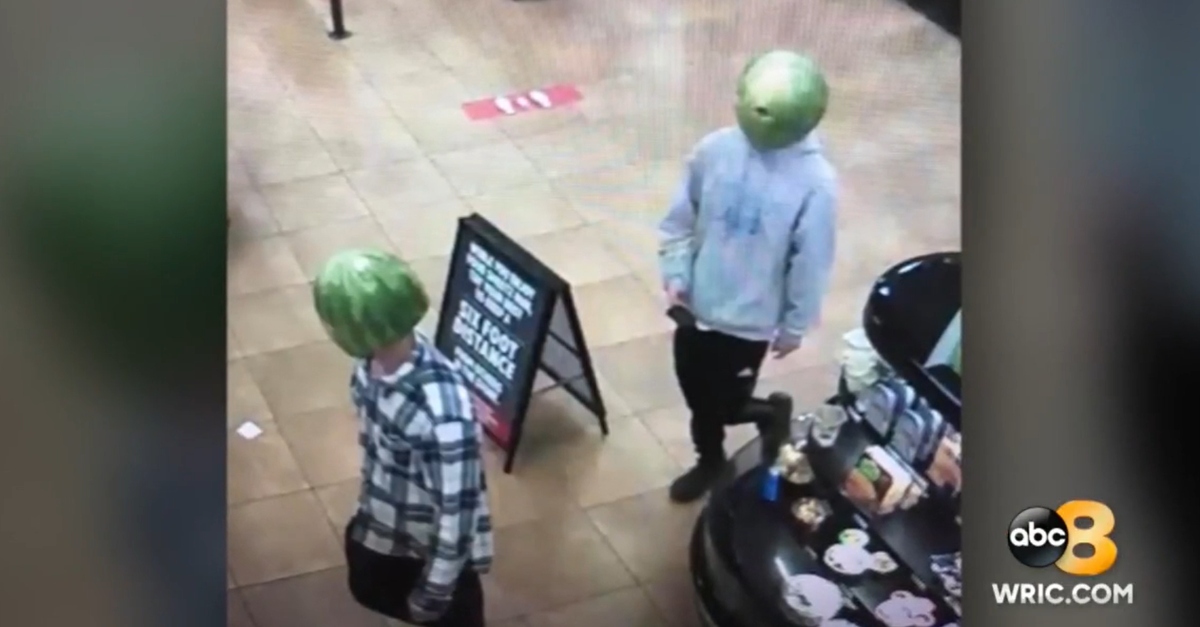 Before the pandemic, we didn’t give masks much thought unless it was Halloween. Now we’re looking up tutorials on how to make one from a bandanna and rubber bands. Or, if that’s too difficult for you, you can always just make one out of a watermelon. Simple!

Police in Louisa, Virginia reported a bizarre incident in which two people were seen wearing watermelons on their heads at a Sheetz convenience store on May 5. The duo also allegedly stole from the business, according to WRIC.

Police Chief Tom Leary told Law&Crime on the phone that the suspects stole alcohol. There’s been one arrest, and officers are making progress on the second, he said.

The suspect in custody was identified as Justin M. Rogers. He faces a count of wearing a mask in public while committing larceny, petit larceny of alcohol, and because of he was 20, underage possession of alcohol.

A staffer at CraigWilliams, LLC, the law firm that represents Rogers, said they declined to comment. Online records viewed by Law&Crime show that he’s scheduled for a hearing July 7. His year of birth was omitted, but his birthday is shown to been Friday, May 15.

File this one under “headlines I never thought I’d write.” https://t.co/tRhZbFONXv

“I think it’s ridiculous,” she told the outlet. “Innovative but ridiculous. The amount of work that you have to do to actually hollow-out a watermelon to stick it on your head, I think, is kind of crazy.”