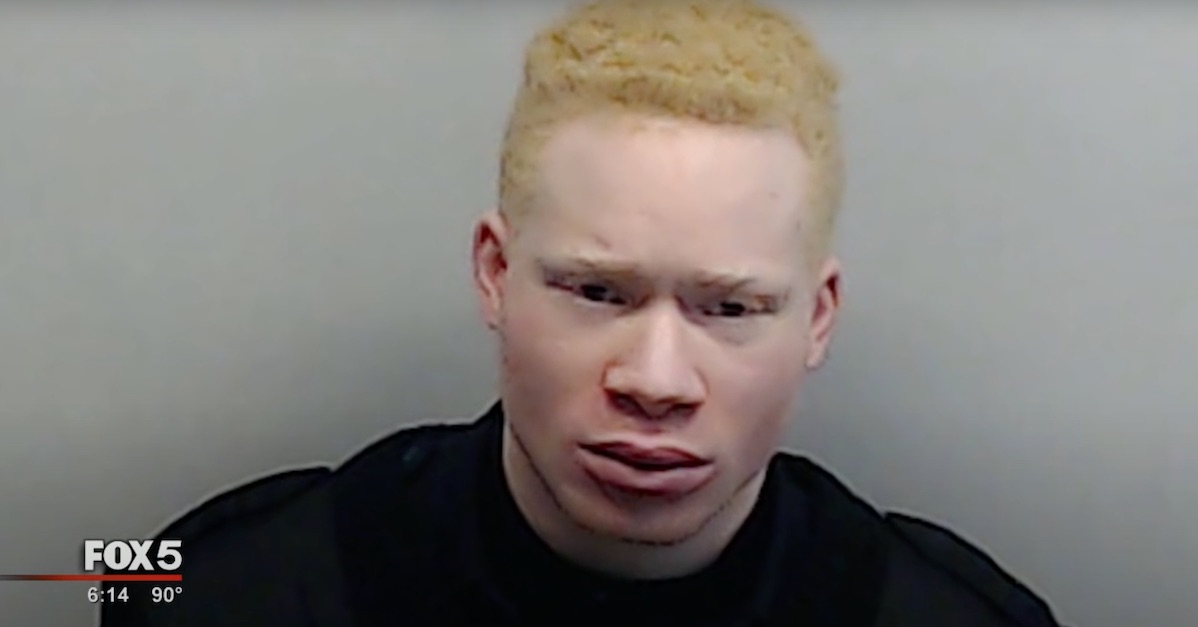 A 32-year-old Ohio man who years ago presented himself as a Black Lives Matter leader in Atlanta — and who has a history of impersonating a police officer — was indicted on Thursday for fundraising off of George Floyd’s death on Facebook. The problem?  He’s accused of fraudulently promising donors to the Black Lives Matter of Greater Atlanta (BLMGA) page that “all funds would be used to fight” for Floyd and the “movement.” Instead, Sir Maejor Page (a.k.a. Tyree Conyers-Page) used the deaths of Floyd, Breonna Taylor, and Ahmaud Arbery to raise more than $450,000 so Page could buy himself a house, furniture, and more, the U.S. Department of Justice said.

Page, who was initially arrested for these alleged offenses in Sept. 2020, was indicted on four counts, three of which were for money laundering and the last of which was for wire fraud. It so happens that the indictment was handed down during the first week of Derek Chauvin’s trial for allegedly murdering Floyd in May 2020. Jury selection is ongoing and opening arguments are scheduled to begin on March 29.

According to court documents, Page exploited the suffering and deaths of Black people and used the proceeds on property and various expenses that were plainly not for the “movement” or to “fight for justice.” 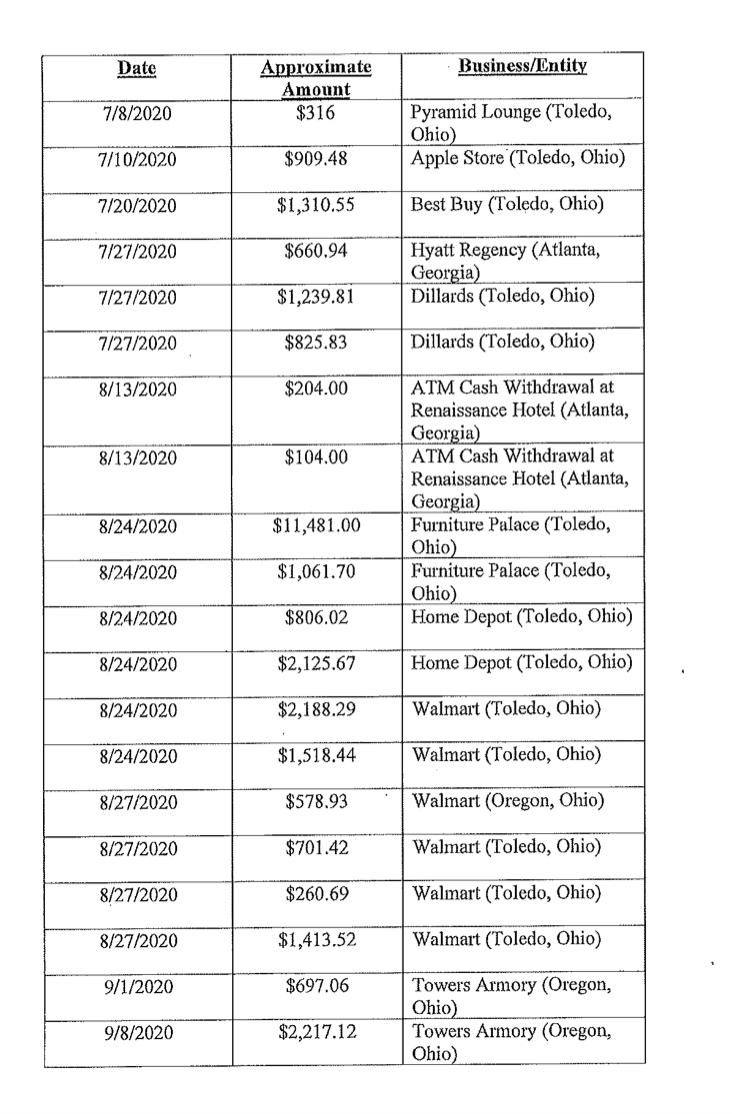 The largest purchase of all was for property.

“Defendant spent the largest sum of the funds on real property, to wit: a house and adjoining vacant lot on Glenwood Avenue and Maplewood Avenue, Toledo, Ohio, which was to be used as his personal residence. Defendant paid for this property with a single wire transfer of $108,499.83 on or about August 20, 2020 from BLMGA’s bank account to Greater Metropolitan Title Company, headquartered in Toledo,” documents said.

“Defendant attempted to conceal the purchase of the real property by titling the property to ‘Hi Frequency Ohio’ and requested that the seller’s realtor enter into a nondisclosure agreement, thereby preventing the seller from disclosing the Defendant as the true buyer and disclosing that he used BLMGA’s funds,” documents said. Prosecutors appear poised to argue that this move is evidence Page knew what he was doing was illegal.

The DOJ said in a press release that Page “created a 501(c)(3) Facebook page entitled ‘Black Lives Matter of Greater Atlanta’ and later used it to defraud donors out of more than $450,000 after BLMGA’s tax-exempt status as a charity with the IRS was revoked.” The Facebook page in question was created in Feb. 2016. The following months, Page “registered BLACK LIVES MATTER OF GREATER ATLANTA INC. as a 501(c)(3) domestic non-profit corporation with the Georgia Secretary of State Corporation’s Division and assumed the role of President and CEO.” Thereafter, Facebook “recognized BLMGA as a valid non-profit organization and allowed users to make donations directly to BLMGA through Facebook.”

But authorities said Page did not keep up with necessary paperwork, resulting in the IRS removing BLMGA’s tax-exempt status in May 2019. And, despite the fact that Page’s organization was administratively dissolved by the state of Georgia in Aug. 2019, Page allegedly continued to solicit funds on Facebook under the auspices of charity status.

“It is alleged that the defendant failed to notify Facebook of these revocations or ask that Facebook stop displaying BLMGA as a non-profit organization,” the press release explained. “As a result, BMLGA’s Facebook page continued to be displayed as a non-profit organization with a donation button through the end of September 2020, and Facebook continued to collect and disperse the purported charity donations on a bi-monthly basis.”

The donation button being active through Sept. 2020 turned out to be a windfall for Page, documents said. The defendant essentially campaigned off of #JusticeForGeorgeFloyd, #JUSTICEFORAHMAUDARBERY, #BreonnaTaylor from May 2020 until Sept. 2020—amid Black Lives Matter protests of unprecedented scope and participation. 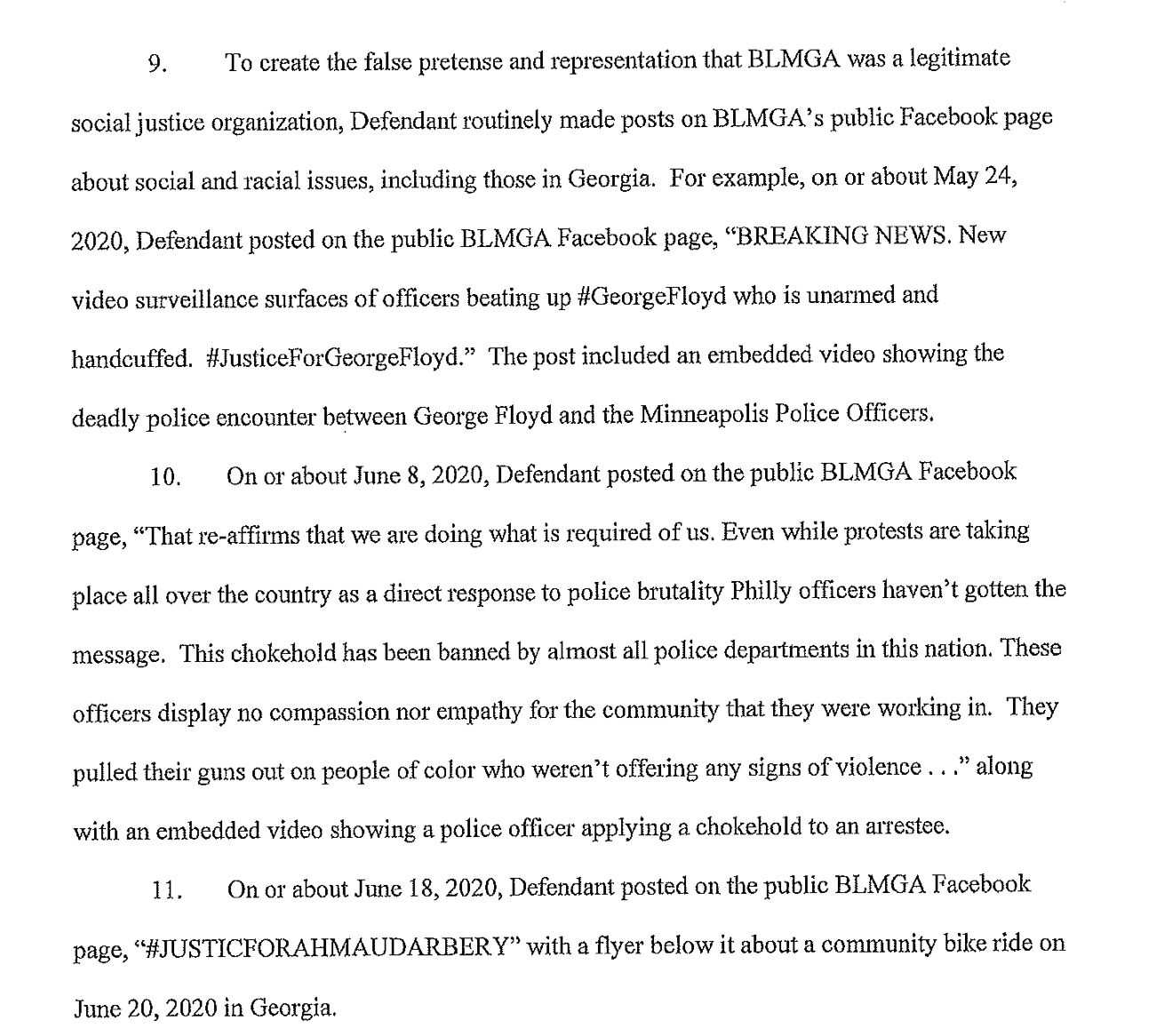 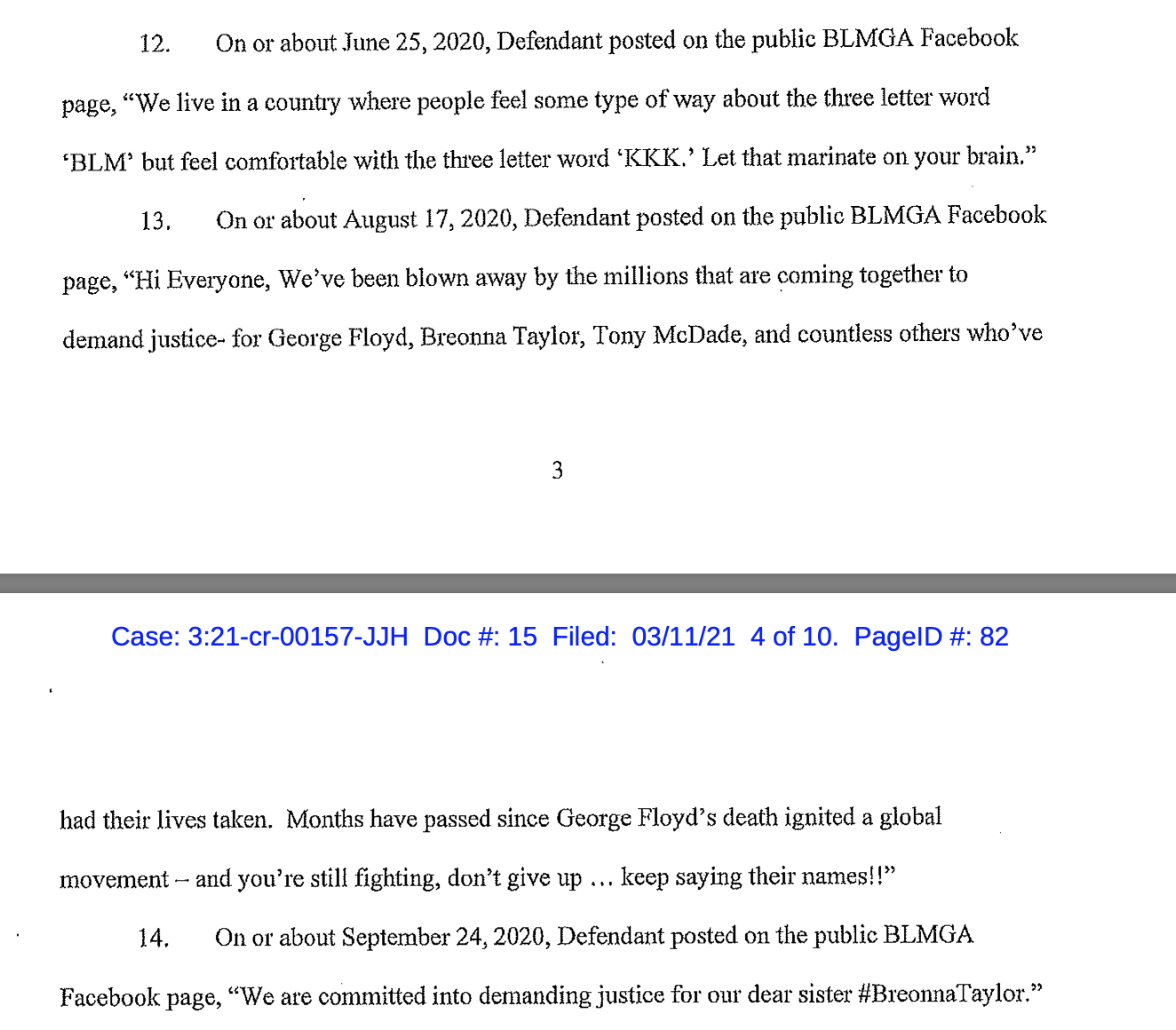 Documents further stated that Page directly told Facebook users in private chats that all funds would be used for the cause of justice. 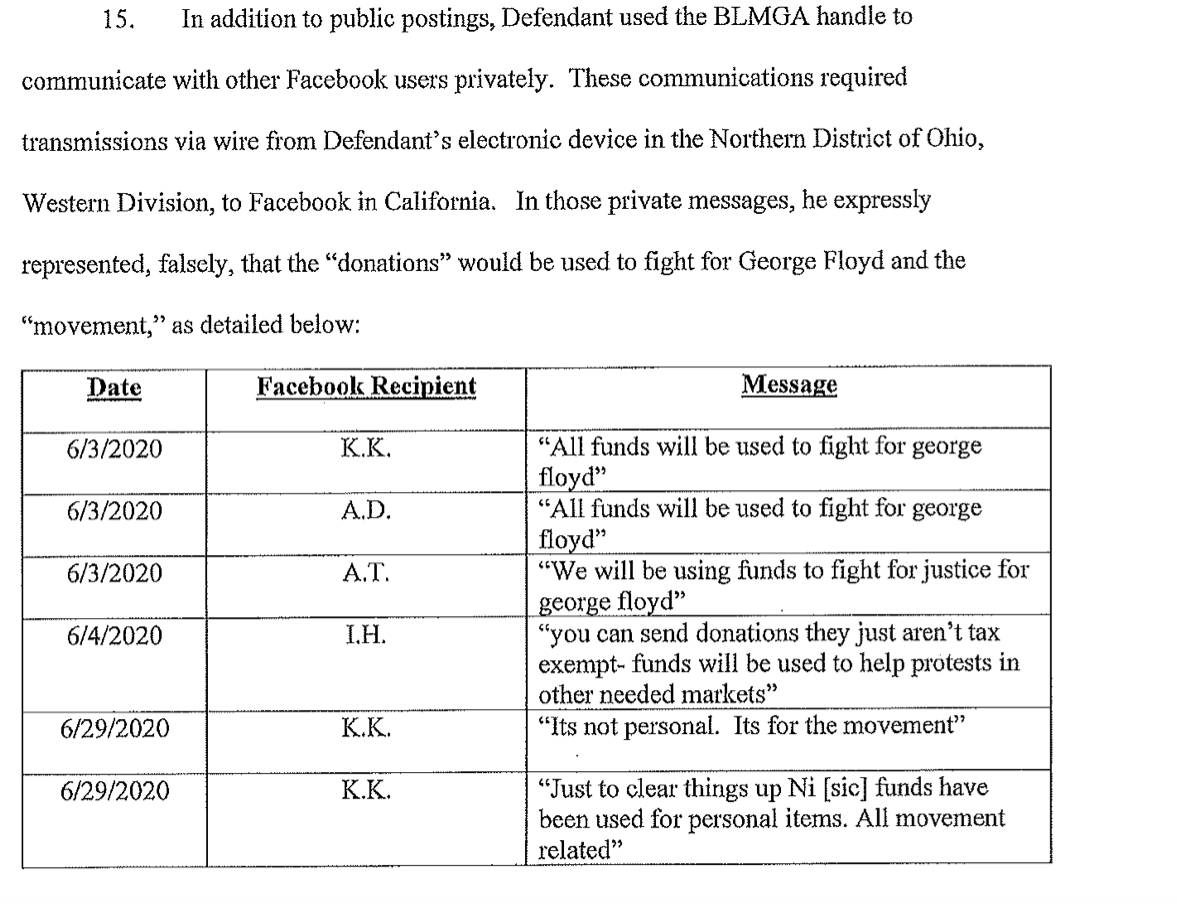