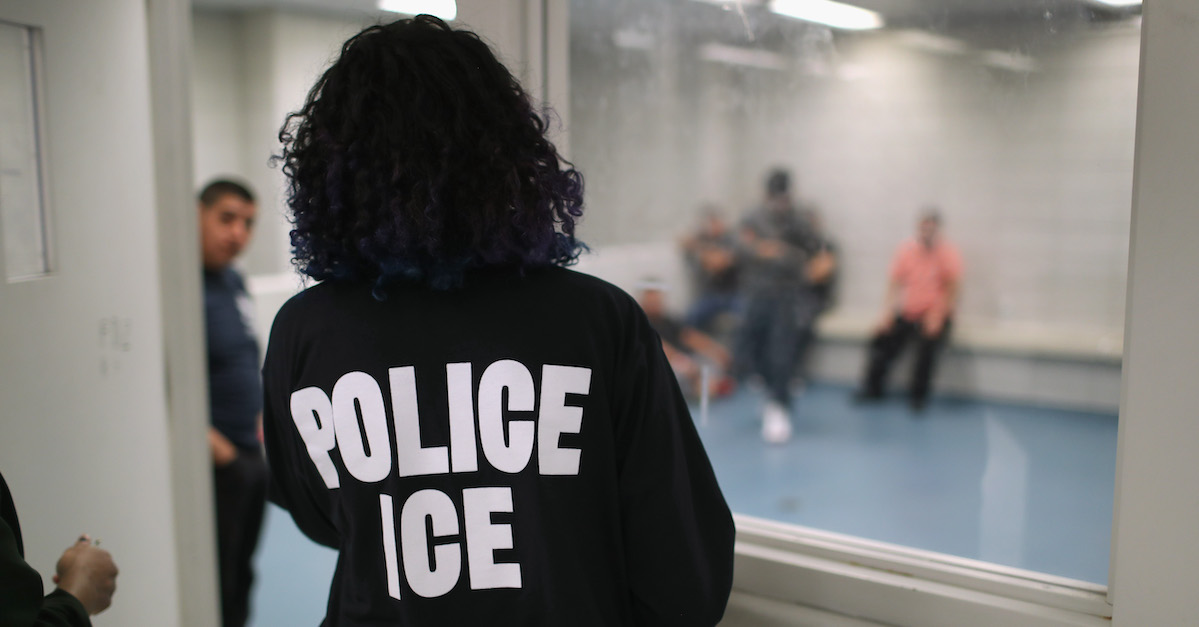 The 21-page memorandum opinion, signed by Judge Amit P. Mehta, a Barack Obama appointee to the federal bench in Washington, D.C., contains a verbose technical analysis of the Federal Records Act and the National Archives and Records Administration’s (NARA) efforts to ensure that federal agencies, such as ICE, obey the Act’s provisions. NARA is the primary named defendant in the case.

Under the Act, some records must be retained; however, some with mere “temporary value” can be disposed of on a schedule once they are are no longer “needed by [the agency] in the transaction of its current business and that do not appear to have sufficient administrative, legal, research, or other value to warrant their further preservation.”

A group of organizational plaintiffs (Citizens for Responsibility and Ethics in Washington, the American Historical Association, and the Society for Historians of American Foreign Relations) sued by arguing that the records were “significant . . . for research.”

Those groups argued that ICE “failed to sufficiently consider the research value of primary material” directly from agency files and disregarded NARA policies, among other things.

Judge Mehta narrowed down the matter in order to rule in favor of the plaintiffs.

“The court finds that, as to all but the Detainee Escape Reports, NARA’s approval of the schedule was arbitrary and capricious on the grounds that NARA failed to evaluate the research value of the ICE records and that NARA failed to address significant and relevant public comments,” the judge wrote. Some of that language cites the Administrative Procedure Act — the federal law federal agencies must follow when promulgating their own procedures.

“It is black letter law that an agency acts arbitrarily and capriciously when it entirely fails to consider an important aspect of the problem,” Mehta added (internal punctuation omitted).

NARA seemed unimpressed with the broader value of the material to historians in the future.

The judge rubbished NARA’s perception based on comments in the record.

“The court might agree with NARA were it not for the numerous comments touting the current and anticipated future research value of the records and criticizing the agency for not properly measuring their true value,” he wrote.

Rather, because “NARA receive[d] numerous comments discussing the research value of records in dispute, it ha[d] a duty to respond to such comments and to explain its reasoning” as to why it believed the records could be jettisoned.

“The D.C. Circuit has made clear that more is required of the agency than to note the concerns of others and dismiss those concerns in a handful of conclusory sentences,” Mehta ruled. “Accordingly, as to the Sexual Abuse and Assault Files, ERO Death Review Files, Detainee Segregation Case Files, Detention Monitoring Reports, and DRIL Records, NARA’s approval of the Disposition Schedule was arbitrary and capricious because it failed to consider an important factor—the research value of the records—and failed to adequately respond to comments pointing out that it had failed to consider that factor.”

However, the judge ruled that the Detainee Escape Reports could be allowed to hit the proverbial circular file because no one commented that they would be helpful research tools under the relevant notice-and-comment period required by the Administrative Procedure Act.

As an aside, Mehta noted that NARA admitted in 2018 that many records pertaining to President Chester A. Arthur’s 1882 Chinese Exclusion Act are sadly lost to history. Mehta said NARA should contemplate its own conclusion that the destroyed material is “now considered priceless by historians, social scientists, and genealogists” even though it was once “thought by some to have little or no future value” when it was evaluated “fifty years ago.”

It is unclear from the opinion precisely what is in the records or what research purposes they may hold. And that’s the point: historians need to look at the material first.

“This is an incredible ruling for transparency,” CREW President Noah Bookbinder said in a press release. “To destroy records revealing abuse, rights violations and even deaths in detention would further obscure a system already severely lacking in oversight and transparency. There have been too many abuses documented in our immigration detention system, but the country cannot fix these problems without knowing what has happened.”

“Today’s ruling ensures ICE and NARA will be held accountable for their failure to address significant public comments in their decision to destroy records that would all but erase documentation of harm to detainees,” Bookbinder added. “We hope this will usher in a sea change from the last administration’s extreme move toward secrecy and destruction of records.”